US in surprise visit to Taiwan as China conducts military patrols 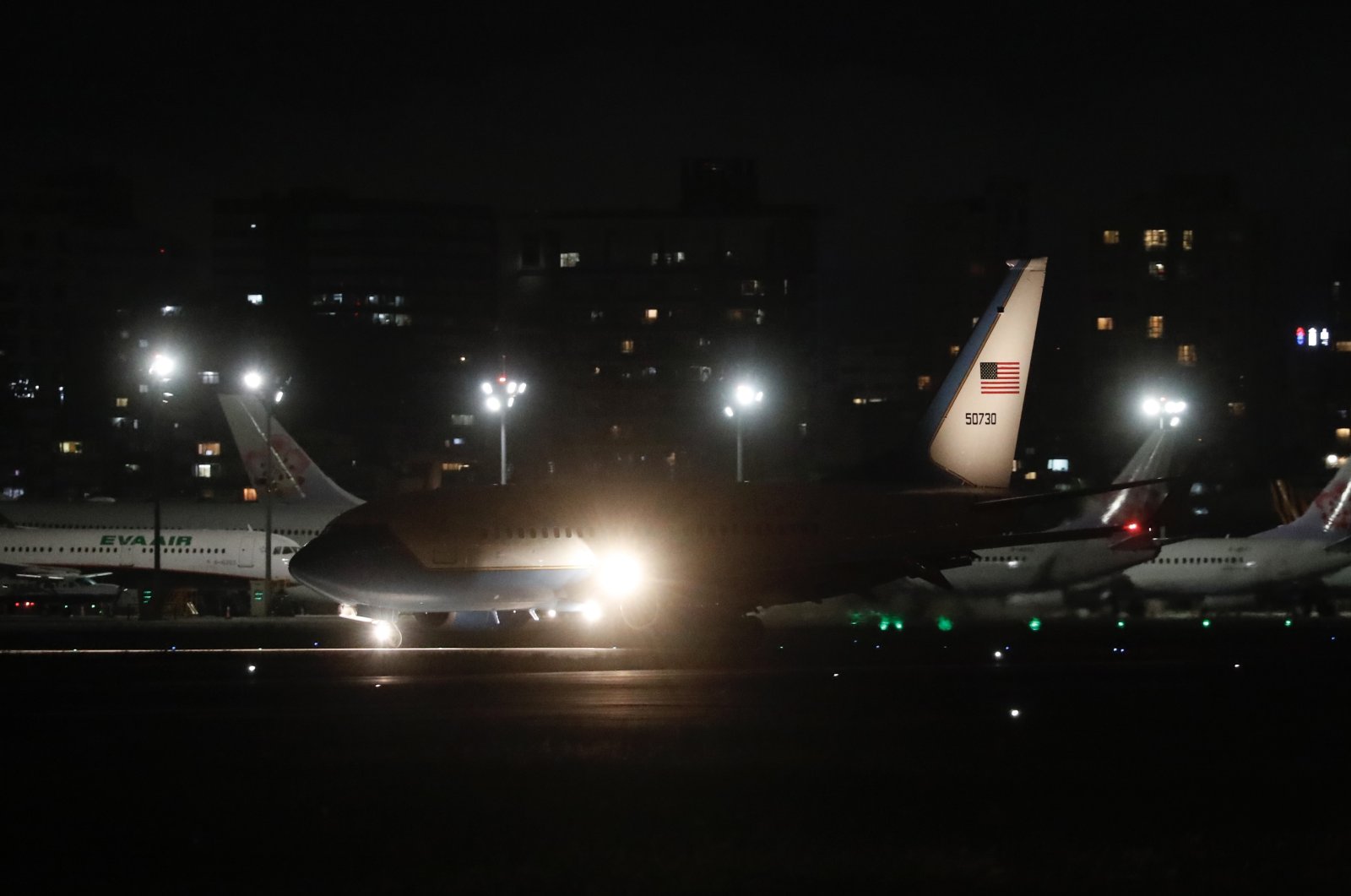 In a surprise one-day visit, five U.S. lawmakers came together with Taiwanese President Tsai Ing-wen, reaffirming America's "rock-solid” support for the self-governing island that is claimed by China.

The visit came as tensions between Taiwan and China have risen to their highest level in decades. Taiwan has been self-ruled since the two sides split during a civil war in 1949, but China considers the island part of its own territory.

China was quick to condemn the trip and later announced that its military conducted air and naval readiness patrols on Friday in the direction of the Taiwan Strait, the 160-kilometer-wide (100-mile-wide) body of water that separates China and Taiwan.

"When news of our trip broke yesterday, my office received a blunt message from the Chinese Embassy, telling me to call off the trip,” Rep. Elissa Slotkin, a Michigan Democrat in the delegation, wrote on Twitter.

In Beijing, Chinese Foreign Ministry spokesperson Zhao Lijian called the visit a violation of the "one-China principle" under which Taiwan is part of China.

"That individual U.S. politicians wantonly challenge the one-China principle and embolden the 'Taiwan independence' forces has aroused the strong indignation of 1.4 billion Chinese people," Zhao said. He added that the unification of Taiwan and China is an "unstoppable historical trend.”

The four Democrats and one Republican from the House of Representatives arrived in Taiwan on Thursday night to meet senior leaders, said the American Institute in Taiwan, the de facto U.S. embassy. The U.S. does not have formal diplomatic relations with Taiwan.

"We are here in Taiwan this week to remind our partners and allies, after two trying years that we’ve endured, that our commitment and shared responsibility for a free and secure Indo-Pacific region remain stronger than ever,” said Rep. Mark Takano, a California Democrat.

Sara Jacobs, another Democrat from California; Colin Allred, a Texas Democrat and Nancy Mace, a Republican from South Carolina, were also part of the delegation.

Takano said the U.S. relationship with Taiwan is "rock solid and has remained steadfast as the ties between us have deepened.”

Tsai, who welcomed the lawmakers at the Presidential Office in Taipei, noted the two sides’ cooperation in veterans’ affairs, economic issues and trade while reiterating the island’s close alignment with the U.S.

"Taiwan will continue to step up cooperation with the United States in order to uphold our shared values of freedom and democracy and to ensure peace and stability in the region,” she said.

A statement from the Eastern Command of China's People's Liberation Army did not mention the U.S. congressional visit but said the readiness patrols were "necessary measures for the current situation in the Taiwan Strait." It vowed to "take all necessary measures to counter any external interference and separatist attempts for ‘Taiwan independence.'"

The visit is the third by U.S. lawmakers to Taiwan this year and comes just a few weeks after a group of six Republican members of Congress visited the island. That delegation met with President Tsai, National Security Secretary-General Wellington Koo and Foreign Minister Joseph Wu, among others.

In June, three members of Congress flew to Taiwan to donate badly needed vaccines at a time when the island was struggling to get enough.

The Biden administration has also invited Taiwan to a Summit for Democracy next month, a move that drew a sharp rebuke from China.

In the Solomon Islands this week, anti-government rioters held protests and looted parts of the capital city in part over complaints about a 2019 decision to switch diplomatic recognition from Taiwan to China. China has been on a campaign to poach Taiwan's remaining diplomatic allies.