COVAX to distribute 337M doses after WHO OKs AstraZeneca vaccine 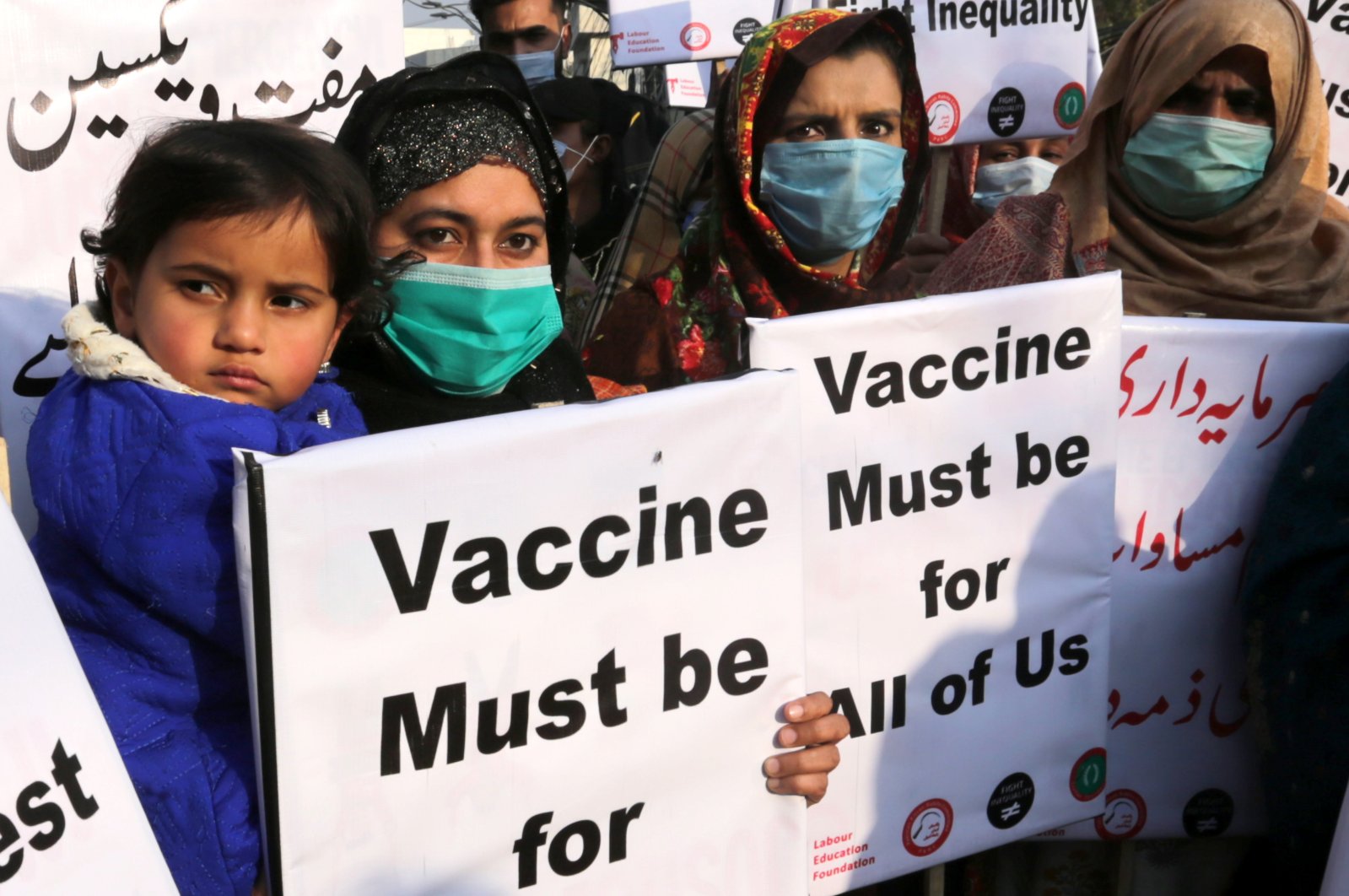 The World Health Organization (WHO) approved AstraZeneca's vaccine on Monday, which means the global distribution of 337 million doses – most of it to the world's poorest and most populated nations – can begin.

COVID-19 Vaccines Global Access (COVAX) is the globally-pooled coronavirus vaccine procurement and equitable distribution effort that was set up to secure enough COVID-19 vaccines this year for at least the most vulnerable 20% in every country, rich or poor.

Its first wave of distribution, which is almost entirely reliant on the AstraZeneca vaccine, can now go ahead following the WHO green light.

Since December, dozens of the globe's wealthiest countries have begun vaccination campaigns in a bid to curb the coronavirus pandemic, highlighting worldwide inequalities accessing lifesaving inoculations.

Via COVAX, poorer nations should now start receiving their very first doses from the end of this month.

Aimed at pooling the risk and rewards, COVAX is inspired by previous mechanisms that facilitated universal and equitable access to pneumococcal and Ebola vaccines.

It guarantees the purchase of a fixed volume of COVID-19 vaccines even before they have been approved for use. COVAX thereby aims to give pharmaceutical companies the confidence to invest in production and ensures vaccines are ready to roll once regulators give the go-ahead.

The intention is to ensure poorer nations can vaccinate too, on the basis that the pandemic will remain a global threat if not tackled worldwide.

Some 198 countries and territories are participating.

For the lower 92, and lower-middle-income economies involved, funding is covered through donations from governments and organizations.

For richer countries, buying into COVAX's bulk purchases operates like a back-up insurance policy for their own direct deals with vaccine producers.

Which vaccines are in?

COVAX has struck agreements with manufacturers for 2 billion vaccine doses in 2021 and has secured options on a further billion.

The deals so far are for:

COVAX is open to signing deals for other vaccines that would broaden the portfolio.

The distribution list issued on Feb. 3 broke down the program's initial 337.2 million doses. First deliveries are expected in late February.

Some 145 participating economies are set to receive enough doses to immunize 3.3% of their collective population by mid-2021.

Only AstraZeneca and Pfizer-BioNTech, previously approved on Dec. 31, are in the first wave of distribution as they are the only two vaccines with WHO emergency use validation.

UNICEF, the United Nations Children's Fund, has the most experience in U.N. vaccine logistics and is preparing to transport up to 850 tons of doses per month.

Tuvalu is set to receive the smallest number of doses at 4,800, followed by Nauru and Monaco with 7,200 each.

The Pfizer-BioNTech doses, requiring special ultra-cold storage, are destined for 18 economies by the end of March – with Colombia, Peru, the Philippines, South Africa, South Korea and Ukraine getting the most at 117,000 doses each.

The COVAX facility was launched in June 2020 at the Global Vaccine Summit.

It is co-led by the WHO as well as the Gavi vaccine alliance and CEPI, the Coalition for Epidemic Preparedness Innovations.

It needed an initial $2 billion last year to kick-start the program and has thus far secured more than $6 billion in pledges. At least $2 billion more, however, will be needed in 2021 for vaccine procurement and delivery, plus a further $800 million early this year for research and development.