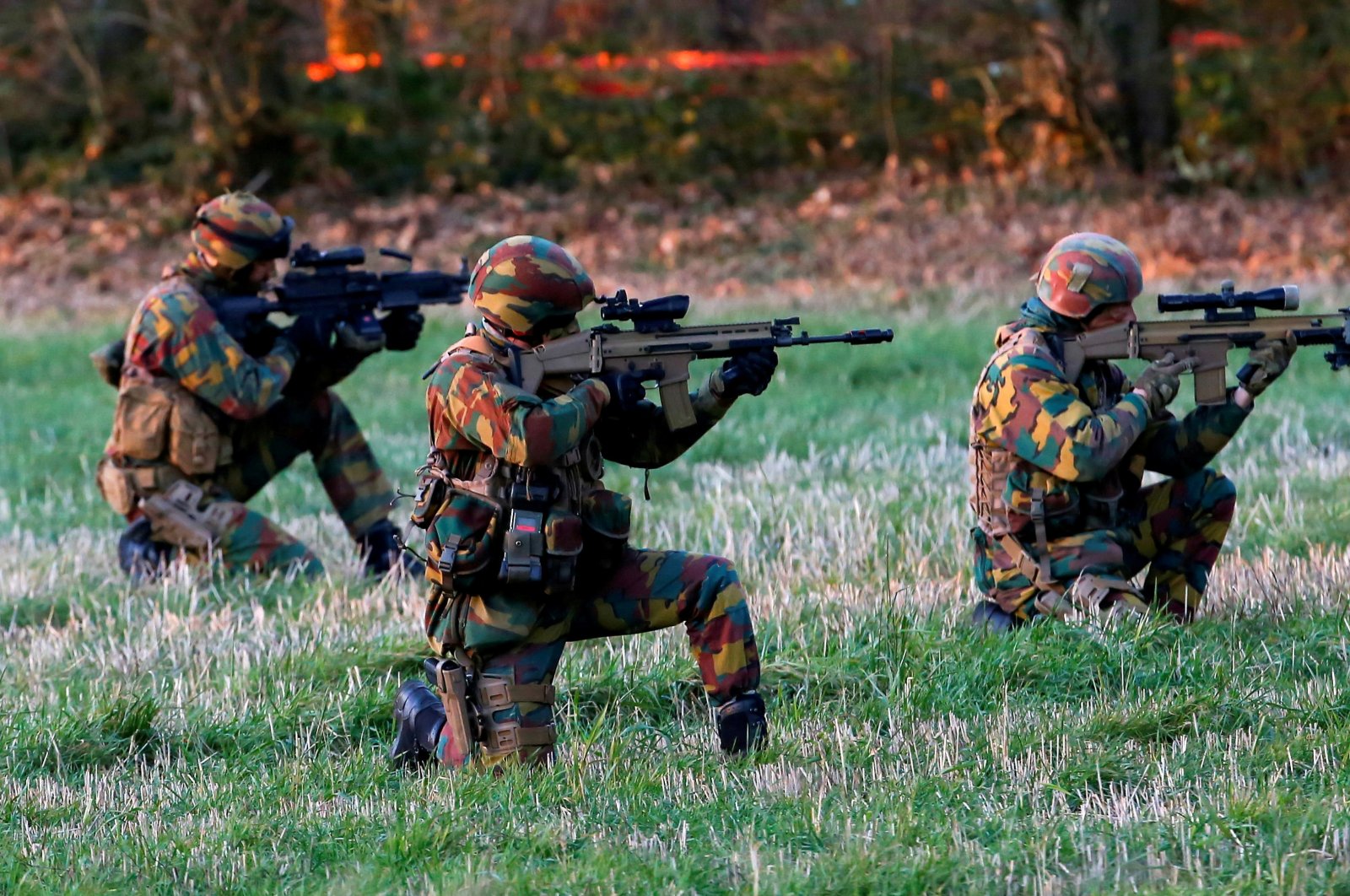 The European Union's initiative to create its common defense force will likely gain new momentum in the wake of a messy Western pull-out from Afghanistan, EU's foreign policy chief said Thursday, stressing a need for a rapid reaction force.

As the foreign and defense ministers of member states gather in Slovenia this week to discuss the EU's approach to the Afghan crisis, officials said in interviews and public remarks that the 27-nation bloc's dependence on U.S. troops during the airlift of evacuees demonstrated the EU's lack of preparedness and independence.

“As a global economic and democratic power, can Europe be content with a situation where we are unable to ensure, unassisted, the evacuation of our citizens and those under threat because they have helped us?" European Council President Charles Michel said Wednesday. "In my view, we do not need another such geopolitical event to grasp that the EU must strive for greater decision-making autonomy and greater capacity for action in the world.”

After the Biden administration pulled most of its military personnel from Afghanistan, Taliban militants took control of the conflict-ravaged country in just a few weeks as the NATO-trained Afghan national security forces withered. NATO allies that had relied on U.S. airpower, transportation and logistics during their two decades in Afghanistan said they were forced to pull out, too.

And without U.S support and equipment, European countries would not have been able to guarantee the safe passage of their citizens or even their troops out of Afghanistan.

Amid calls for “European strategic autonomy” from a non-member like the United States, EU foreign affairs chief Josep Borrell said Wednesday in an opinion piece for The New York Times that the withdrawal of Western troops and airlift from Afghanistan should serve as a “wake-up call” and urged the bloc to invest more in its security capabilities.

“Europe and the United States were united as never before in Afghanistan: It was the first time that NATO’s Article 5, committing all members to defend one another, was invoked. And for many years, Europeans provided a strong military commitment and an important economic aid program, amounting to a total of 17.2 billion euros, or $20.3 billion,” Borrell wrote.

“But in the end, the timing and nature of the withdrawal were set in Washington. We Europeans found ourselves — not only for the evacuations out of the Kabul (Hamid Karzai International) airport but also more broadly — depending on American decisions,” the EU's top diplomat said.

To better address any future crises at Europe's doorstep, EU member nations have floated the idea of setting up a 5,000-member stand-by force capable of quickly intervening.

“This is a number that can make a big difference in many different situations,” one senior EU official said this week. The person spoke anonymously in accordance with EU practices. He said the U.S deployed around 5,000 troops to secure the Kabul airport and held up as an example the 5,000-soldier French military force based in the Sahel region.

France and Germany have pushed for years for the creation of such a force, with both Chancellor Angela Merkel and French President Emmanuel Macron repeatedly calling for a true European army. While discussions about establishing one are far from complete, the idea has gained renewed support in the wake of what happened in Afghanistan.

Spain’s top military official, Chief of Staff Teodoro Lopez Calderon, told El Mundo newspaper in an interview published Wednesday that the EU’s dependence on the U.S. has been “absolute” and that the bloc must develop a military force to be a relevant player on the international scene.

“If not, it will never be one,” he said. “Creating a European army means having a common foreign policy and that we all share the same interests. This is a political leap that still must be achieved. But I don’t think there is any doubt that Brussels should increase its military capacity. That is one of the important consequences of what happened in Afghanistan.”

Jana Puglierin, a security and defense policy expert at the European Council on Foreign Relations think tank, said that since the United States is no longer interested in serving as the “world’s policeman,” the pressure has increased on Europeans to step up.

“In the future, the European Union will need to enhance its contribution to crisis prevention, stabilization, and peacebuilding,” Puglierin said. “The Afghanistan mission has forcefully demonstrated to the Europeans how much they depend on American capabilities.”

The idea of a European military force was first discussed in the 1990s with the Balkans wars surrounding the bloody breakup of Yugoslavia in mind. Back then, the EU set a military target of putting at the bloc’s disposal up to 60,000 troops capable of deployment within 60 days.

Instead, the EU later created rapid reaction teams comprising about 1,500 personnel, but they have never been used in a major crisis, and the bloc does not deploy EU missions to active conflict zones.

Another senior EU official said the currently discussed military force would be “much bigger” than the current standby forces if member countries reach a consensus. He said the troops would train and conduct exercises together, and that parts of the costs would be covered through common funding.