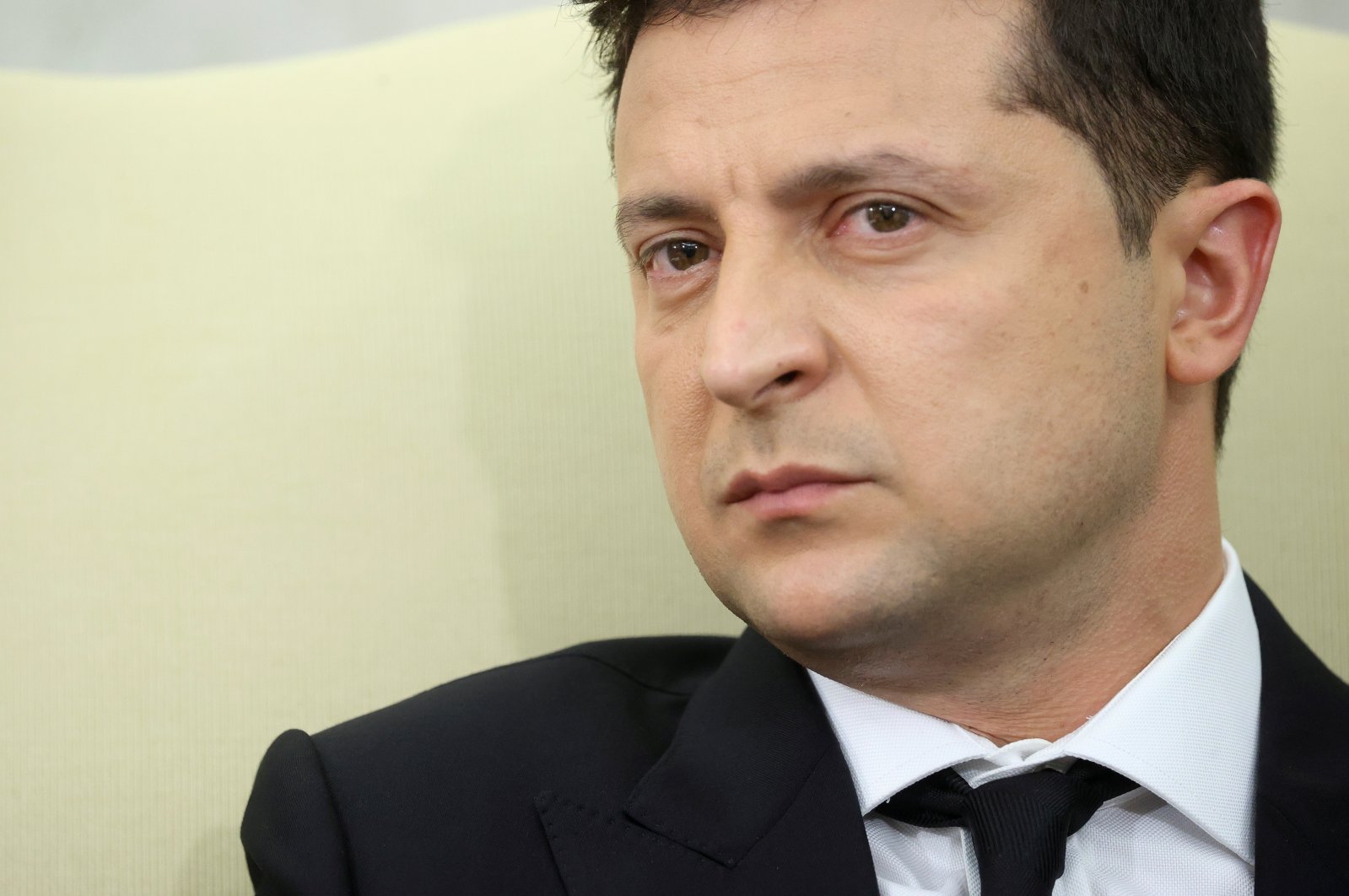 Ukraine's President Volodymyr Zelenskyy looks on during a meeting with U.S. President Joe Biden in the Oval Office at the White House in Washington, U.S., Sept. 1, 2021. (Reuters Photo)
by REUTERS Sep 10, 2021 12:29 pm
RECOMMENDED

Ukrainian President Volodymyr Zelenskyy said on Friday that an all-out war with neighboring Russia was a possibility and that he wanted to have a substantive meeting with Russian President Vladimir Putin.

Asked at the Yalta European Strategy (YES) summit if there could really be an all-out war with Russia, which seized the Crimean Peninsula from Ukraine in 2014 and backs pro-Russian separatists in Ukraine's east, Zelenskyy said: "I think there can be."

"It's the worst thing that could happen, but unfortunately there is that possibility," he added, speaking in Ukrainian.

Kyiv says the conflict in eastern Ukraine has killed 14,000 people since 2014. Zelenskyy said relations with the United States had improved but bemoaned the fact that Ukraine had not received a clear answer to its request to join the NATO military alliance – a move that would be certain to infuriate Moscow.

"We have not received ... a direct position on Ukraine's accession to NATO," he said. "Ukraine has been ready for a long time."

He said a refusal to admit Ukraine would weaken NATO while playing into Russia's hands. Tensions between Kyiv and Moscow increased earlier this year when fighting in eastern Ukraine intensified and Russia massed more troops near the border.

Moscow accused Ukraine of losing interest in peace talks, while Zelenskyy pushed in vain for a meeting with Putin in the conflict zone.

"Honestly, I don't have time to think about him," Zelenskyy said on Friday. "I'm more interested in whether we can really meet substantively, not declaratively as he does with some states," he added. "It seems to me that today ... they do not see the sense in resolving issues. End the war and resolve conflict issues quickly – they don't want this."