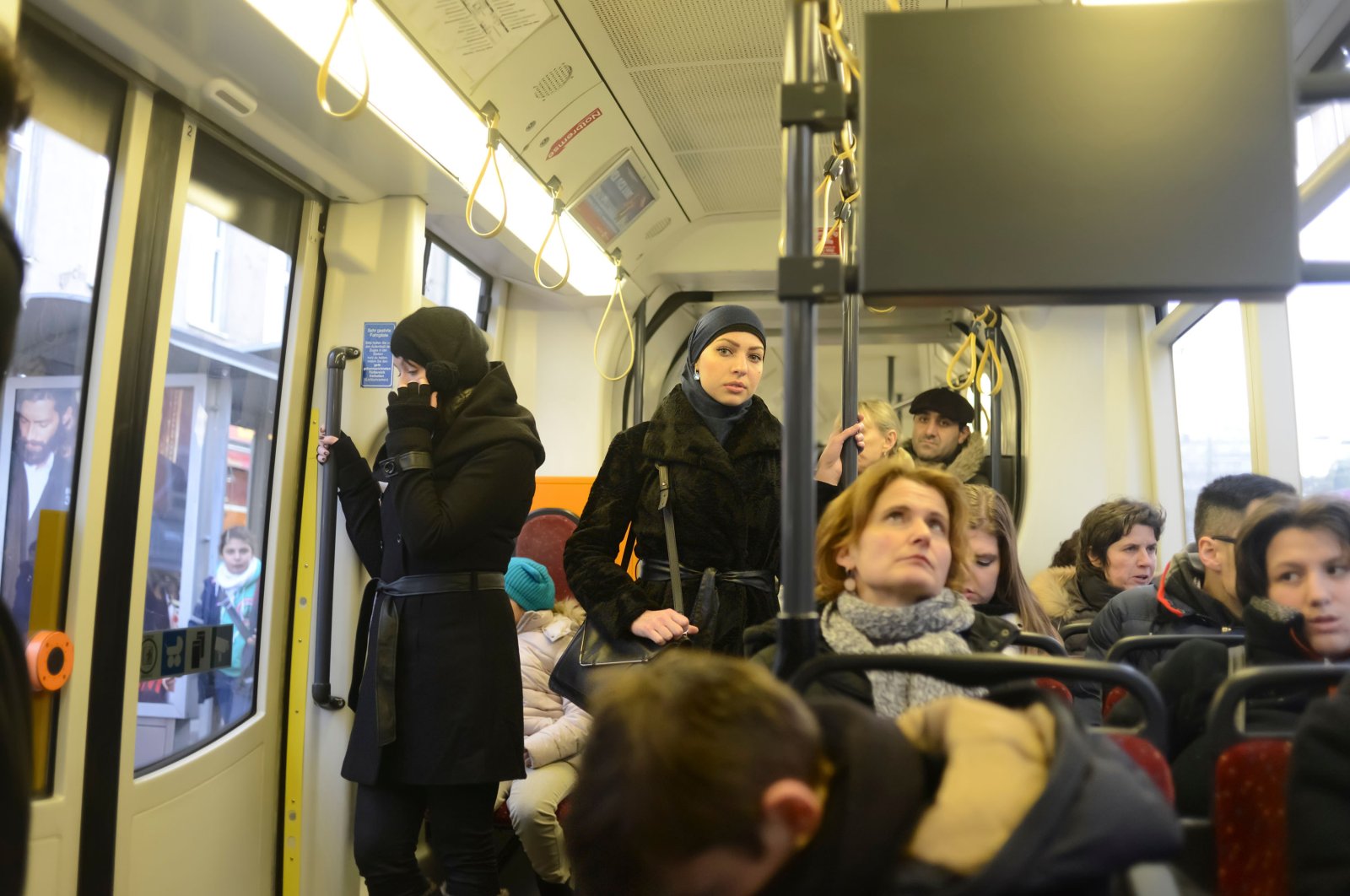 After the Austrian government released its controversial National Map of Islam last month and placed signs across the country warning of nearby mosques that may constitute a threat, attacks against Muslims have increased rapidly, highlighting a new wave of hate toward the minority group in the European Union-member country.

Racist attacks and labeling have dramatically increased since Austria released its "Islam Map" last month, the head of a Muslim community group said on Saturday.

"Attacks against Muslims rose after this incident. Ugly signs were hung on our mosques," said Ümit Vural, president of the Islamic Religious Community in Austria (IGGO). "We had said that this website must be taken offline as soon as possible – that it could be dangerous," Vural told Anadolu Agency (AA). "I'm sorry, but all our concerns have proven true."

After the digital map identifying the locations of more than 600 mosques and associations around Austria was unveiled on May 27, racist attacks on Muslims increased, especially against mosques, which have become a target of racist groups. Incendiary anti-Muslim signs have reportedly been hung in mosques in various cities, especially in the capital of Vienna, in the past two days. Signs depict an "angry Muslim" and a warning of the dangers of political Islam underneath. “Beware! Political Islam nearby," it reads.

Vural said that while the map was not a new phenomenon, the government's continued backing of the project via its Documentation Center of Political Islam had taken the issue to a new level. He noted that the map, which could be taken to show that "all Muslims are dangerous," was prepared using one-sided data, with officials naming any Muslim they choose a representative of "political Islam." Requests for the correction of information on the map, meanwhile, were ignored by the team that conducted the study, said Vural.

He underlined that his group has been unable to explain to authorities why various policies, such as the ban on headscarves in primary schools and the establishment of the Documentation Center of Political Islam, are wrong.

"We see very clearly that Muslims are treated differently. If we're an officially recognized religion here, we want the same treatment as the other 15 faith communities. We don't want different or special treatment," he said. Vural also underlined that Muslims are a part of Austria and that any problem could be resolved through dialogue.

Martin Weinberger, an activist in Austria, said Chancellor Sebastian Kurz and his administration are prioritizing identity politics and ignoring some elements of society to the benefit of a specific identity, which he said peaked with the release of the map.

Weinberger said that by using the term "political Islam," the government is trying to portray Muslims as potential suspects, while Muslims face various "intent-reading" measures to prove they are not proponents of "political Islam."

"The Islamic map was not supported by the University of Vienna because it is contrary to science," Weinberger said, adding that the ban on headscarves in primary schools and the placement of Israeli flags in state buildings are manifestations of identity politics.

"It's also against the law, we have a constitution, and that constitution needs to be respected. For this reason, we need to raise our voice very strongly to prevent this policy that endangers Muslims and divides the country."

Austrian officials have defended the map, launched online by the Austrian Integration Ministry, amid mounting criticism within the country's Muslim community. "This is by no means a general suspicion of Muslims. It's about the common struggle against political Islam as a breeding ground for extremism," Integration Minister Susanne Raab told the German WELT newspaper on Tuesday.

The IGGO, which represents the interests of roughly 800,000 Muslims, warned against stigmatizing all Muslims living in that country "as a potential danger to society and the democratic legal order in the country."

While big media agencies were silent on Austria's human rights violations, activists took to social media to denounce the current Islamophobic stance of Austrian politicians. Miqdaad Versi, a management consultant and media spokesperson for the Muslim Council, wrote on Twitter that the Austrian state is failing in its duty to treat Muslims fairly.

"Its 'Islam map' was outrageous & seems to have facilitated the demonization of Muslims under the rubric of only targeting 'political Islam,'" he said, adding that the banners are an "example of the dangers of state-sponsored Islamophobia in Austria.

"The far-right government published a map of all mosques & now signs are being put up near ordinary mosques."

Another prominent voice against anti-Muslim hatred, Farid Hafez asserted that the Islam map was launched by the Documentation Center 4, an Austrian state fund featuring many anti-Muslim authors.

“I cannot imagine a similar register of names & organizations being produced for other faith groups. Local police have been helpful and present but it is not enough when senior government officials are effectively marking mosques such as ours for targeting," he said on Twitter Saturday, referring to the National Map of Islam providing details of the country's 620 mosques and Islamic associations, with the location, address and names of officials. "The targeting of Muslims is the latest move in the government’s racist policies & follows on from the Operation Luxor raids of Nov. 2020. These raids targeted 60 homes of prominent Muslims."

Kurz – who is at the center of a corruption scandal, with his center-right party resigning following the publication of a series of text messages containing sexist and racist language – may face another trial as the Muslim Youth of Austria group plans to file a lawsuit for unveiling the controversial map.

"The publication of all names, functions and addresses of Muslim institutions and institutions that have been read as Muslim represents an unprecedented crossing of borders," the group was quoted as saying.