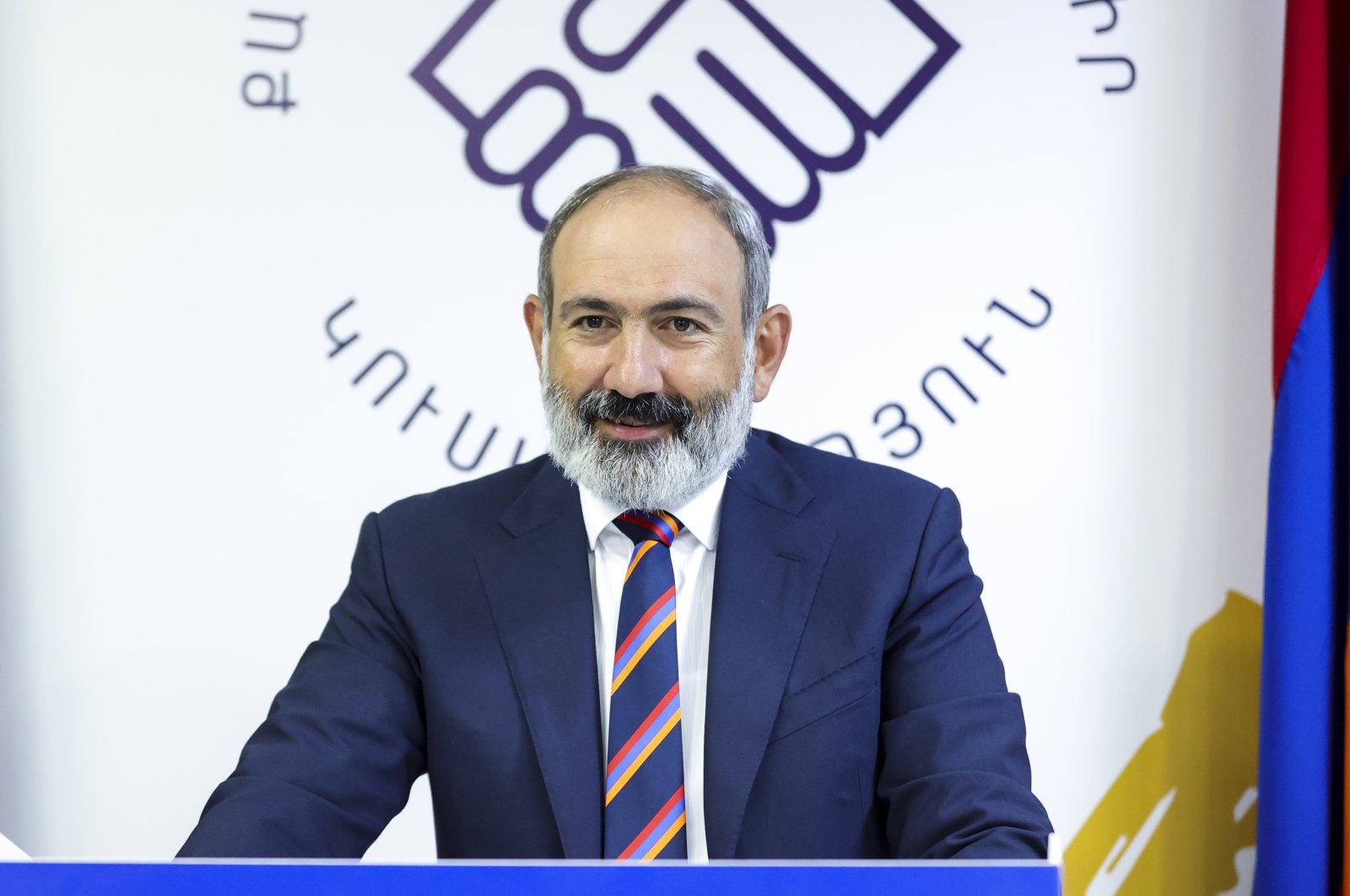 After months of turmoil, Armenia voted in post-war parliamentary elections, with Prime Minister Nikol Pashinian's Civil Contract gaining the majority of votes. The opposition has refused to recognize the results, accusing the leader of putting pressure on voters

With all precincts counted, Pashinian's Civil Contract party won 53.9% of the vote. A bloc led by former President Robert Kocharian was in a distant second place with about 21%, the election commission said Monday.

A bloc affiliated with another former president came third with 5.2%, and another party had nearly 4%. Blocs need 7% to get into parliament and parties need 5%. However, Armenia's laws allow a third party or bloc to get seats if only two political forces pass the threshold to get into parliament.

Pashinian called the early election after months of protests demanding his resignation because of the peace deal that he signed to end six weeks of fighting with Azerbaijan over the Nagorno-Karabakh region. Thousands of Armenians took to the streets in the capital of Yerevan to protest the deal with Azerbaijan that led to Baku reclaiming control in the large parts of Nagorno-Karabakh and surrounding areas that had been held by Armenian forces for more than a quarter-century. The agreement has been seen as a betrayal of national interests by many in Armenia.

The elections also came after the military’s general staff demanded that Pashinian step down after months of protests, with Pashinian calling the move a "military coup attempt.” The turmoil with the general staff by top military officers triggered by Pashinian’s decision in mid-February to oust the first deputy chief of the general staff. He urged the military to only listen to his orders and called on his supporters to take to the streets and back him.

Thousands of opposition supporters blockaded the Armenian parliament building in March to demand the country's prime minister to step down. The opposition sought to build pressure on Pashinian by urging its supporters to blockade the parliament. Demonstrators surrounded the parliament building and engaged in occasional scuffles with police. Vazgen Manukyan, a veteran politician whom the opposition named as a prospective caretaker prime minister, predicted that the military wouldn't accept Pashinian's order to dismiss the general staff chief.

As part of maneuvering to defuse the political crisis, Pashinian offered to hold an early parliamentary vote later in the year but rejected the opposition’s demand to step down before the vote.

Relations between the former Soviet republics of Azerbaijan and Armenia have been tense since 1991 when the Armenian military occupied Nagorno-Karabakh, a territory recognized as part of Azerbaijan, and seven adjacent regions. New clashes erupted on Sept. 27, with the Armenian Army launching attacks on civilians and Azerbaijani forces and violating three humanitarian cease-fire agreements during the 44-day conflict. The war ended with a truce six weeks later. Armenia, which was relying on Russian military support, eventually signed a deal with Baku. The deal ended a six-week war over the Nagorno-Karabakh territory in which 6,000 died. While Azerbaijan liberated several cities and nearly 300 settlements and villages amid the heavy fighting, Armenians are also handing over other territories under the deal, which is being monitored by both Russia and Turkey.

After nearly 30 years, Azerbaijan managed to liberate its territories from the illegal Armenian occupation. Yerevan was defeated and was forced to sign a cease-fire agreement with Baku that put an end to the conflict in Nagorno-Karabakh on Nov.10

Pashinian has defended the deal as a painful but necessary move that prevented Azerbaijan from overrunning the entire Nagorno-Karabakh region. After calling the election, he stepped down from the premiership as required by law to allow the election to take place but remains the country’s leader as acting prime minister.

Sunday’s ballot involved 21 political parties and four electoral blocs. Despite the high emotions over the defeat in the wars and the calls for Pashinian to resign, election turnout was lukewarm – only 49% of eligible voters cast ballots.

Pashinian's party showed a strong lead early into the count, and the acting prime minister claimed victory hours before all the precincts were counted.

"We have overcome these tough times, and now it’s time to stand up and go forward,” Pashinian said in a televised address at the party’s headquarters.

The Armenia Alliance led by his main contender Kocharian has refused to recognize the results, with the bloc's spokesperson calling it a "Pyrrhic victory" in comments to local media.

"The voting results are controversial and not inspiring confidence. These results contradict the processes in public life that have been observed over the past eight months. Crowded rallies of opposition forces during the pre-election period, small government events, and a crisis of confidence in the country speak of completely different sentiments," Armenia Alliance said in a statement, according to RIA news agency.

"They are in stark contrast to the various manifestations of public life that we have witnessed over the past eight months, with all the results of public opinion polls, including international and, finally, with common sense," it added.

There are no specific examples in that statement but it alleges some "materials containing insults and hatred" were used against the leaders of the alliance. Indeed leaflets with the bloc's propaganda materials were scattered across Yerevan ahead of polls, BBC reported. Former Prime Minister Serzh Sargsyan joined the accusations, arguing that the current government put pressure on voters.

After the results from all precincts were released by Armenia's election commission, Pashinian tweeted that "in the newly-elected parliament the Civil Contract party will have a constitutional majority," with at least 71 seats out of 105, "and will form a government led by me.”

In 2018, Pashinian rose to prominence as the leader of widespread demonstrations across the country against the political establishment, demanding an end to corruption and a more democratic Armenia. He was elected prime minister by the parliament after the bloc he led received 70.4% of the vote in elections held in December 2018.