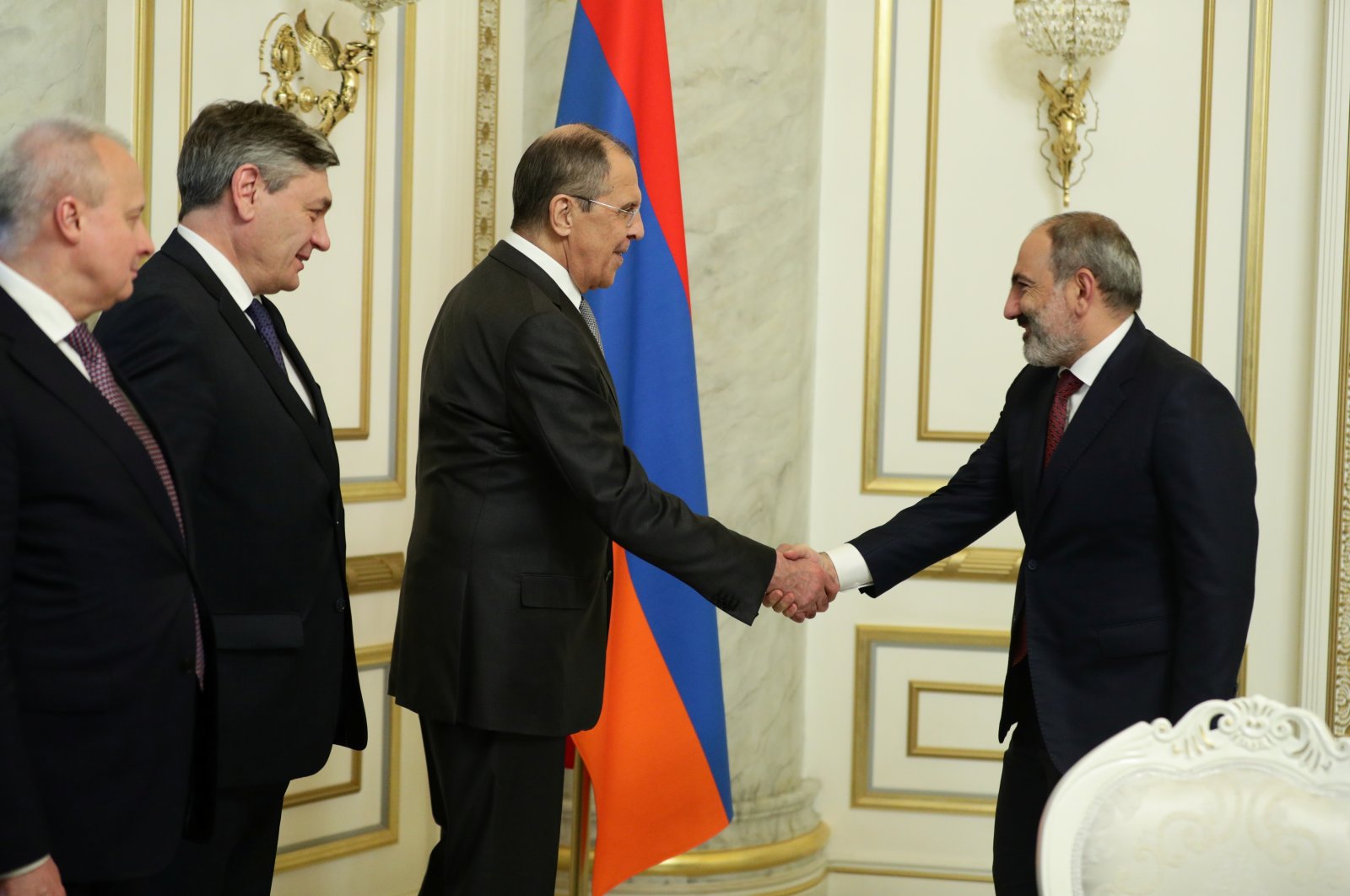 Pashinian asked Russian President Vladimir Putin for military support and to invoke the CSTO bloc during a phone call, the Interfax news agency reported Friday. Putin held the phone call late Thursday with Pashinian, during which he stressed the need for strict observance of a cease-fire agreement brokered by Moscow last year.

Russia and Western countries, including the United States and France, have voiced concern as tensions run high after last year's war between the archfoes over the region of Nagorno-Karabakh.

In a statement released Friday, Pashinian's office also said that the premier had made a formal request for the CSTO to hold consultations on supporting member Armenia.

"The Russian side reaffirmed its readiness to continue exerting active mediation efforts with a view to ensuring stability in the region," it said.

The two "agreed that the situation should be settled by getting Azerbaijani troops back to their starting positions."

"The Armenian side expressed extreme concern over the situation at the border," Peskov said, and highlighted that "President Putin shared this concern."

The Kremlin said Putin was calling on both countries to respect peace agreements, adding that Russia would continue "active mediating efforts."

Armenia Thursday accused Azerbaijan's military of crossing the southern border in an "infiltration" to "lay siege" to a lake that is shared by the two countries.

Yerevan accused Azerbaijani troops of occupying hills in the southern region of Syunik, a strategic and mountainous region separating Azerbaijan from its exclave of Nakhchivan and providing Armenia direct access to Iran. Azerbaijan replied that, after an "improvement in the weather conditions" in the region, it was now securing the actual border.

A complex technical process coupled with disagreements is underway between the two countries, Abdullayeva said. She called on Armenian political and military circles to acknowledge the reality of the border regime in the region and do not add unnecessary tensions to the situation. "Such incidents are resolvable through bilateral contacts by military officials of both parties and should be resolved," she said.

Abdullayeva attributed "provocative" statements by Yerevan to the upcoming elections.

Later Friday Armenian deputy prime minister Tigran Avinyan said Armenian and Azerbaijani officials were in talks to defuse the latest crisis but there have been no results so far.

He said Armenia wanted to settle the issue peacefully but added that "we must be ready to protect our sovereign territory."

Armenia's parliament was set to gather for an extraordinary meeting Friday evening.

Last year Armenia and Azerbaijan fought a war over the occupied region of Nagorno-Karabakh. The six-week conflict claimed some 6,000 lives and ended after Armenia ceded swathes of territory it had illegally occupied for decades.

Armenia, which had controlled Lachin and Kalbajar since the 1990s, handed the districts back to Azerbaijan last year.

"It was noted that such issues should be solved through negotiations," Azerbaijan's Foreign Ministry said in a statement.

Bayramov said that senior representatives of the country's border guard service had been dispatched to the disputed area for talks, the statement said.

On Thursday, the U.S., one of the three nations in the so-called Minsk Group of the Organization for Security and Co-operation in Europe (OSCE) that leads diplomacy on Nagorno-Karabakh, said it was "closely following" the tensions.

Ethnic Armenian separatists declared independence for Nagorno-Karabakh and seized control of the mountainous enclave and several surrounding Azerbaijani regions in a war in the 1990s that left tens of thousands dead and forced hundreds of thousands from their homes, mostly Azerbaijanis.

After last year's conflict, Azerbaijan retained control of most of Karabakh itself, with Russian peacekeepers deployed between the two sides.