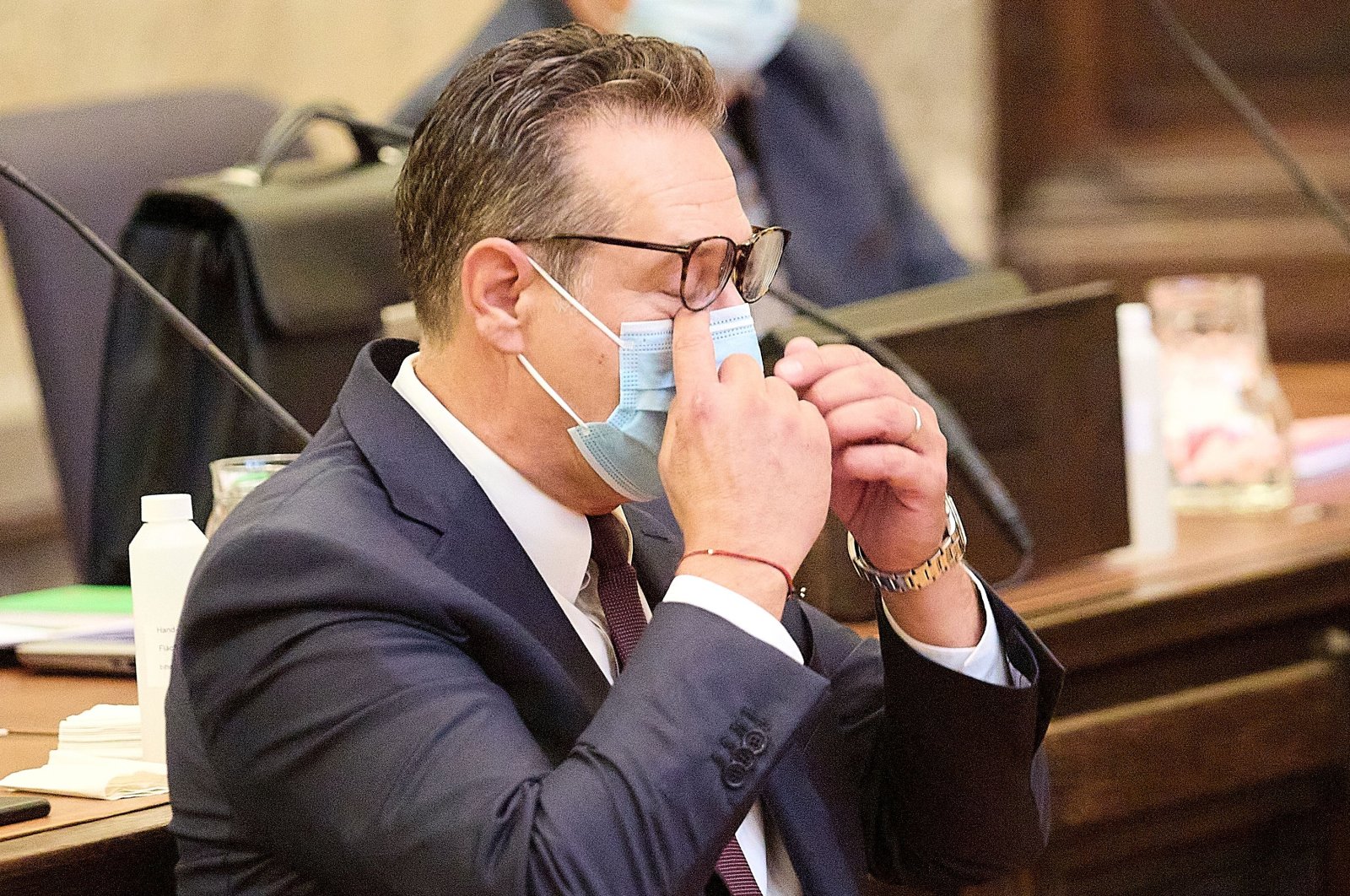 A Vienna court on Friday convicted the former leader of Austria's far-right Heinz-Christian Strache of corruption charges in a case stemming from a 2019 scandal known as "Ibizagate."

"Walter Grubemuller (Strache's co-accused) and Heinz-Christian Strache are guilty," judge Claudia Moravec-Loidolt announced to the court. Strache, one of Europe's most high-profile former far-right leaders, was given a 15-month suspended jail sentence.

The affair brought down the coalition between Austria's anti-migration far-right Freedom Party (FPO) and the center-right People's Party (OVP) of Chancellor Sebastian Kurz and triggered fresh elections in the Alpine EU member.

The scandal broke when video footage emerged of Strache promising public contracts to a woman posing as a Russian oligarch's niece in exchange for support for the FPO's 2017 election campaign.

The video, which was secretly filmed on the Spanish resort island of Ibiza, led to a sprawling investigation by anti-corruption prosecutors who turned up several other allegations of wrongdoing against Strache and other prominent politicians.

The trial, which opened last month with hearings lasting a total of five days, focused on charges that the 52-year-old helped change the law in return for donations to the FPO and favors for Strache personally. Both Strache and his co-accused Walter Grubmuller, a long-standing friend and owner of a private health clinic, have denied the allegations against them.

"I have never received any favors in my life, I have acted out of conviction," Strache said during his trial.

The session on Friday began with judge Moravec-Loidolt summarising the evidence heard so far. Prosecutor Bernhard Weratschnig also addressed the courtroom to give his closing argument, saying that holders of public office should remain above even the perception of corruption and that the "advantages" Strache received were "indisputable."

"Every euro is one euro too many," he said.

According to an SMS exchange uncovered by prosecutors and leaked to Austrian media, Strache asked Grubmuller which amendments to legislation would be needed in order for Grubmueller's clinic "to finally be treated in a fair manner."

During Strache's time in government, the law was amended to enable clinics like that of Grubmuller to receive money from the public health insurance fund. Also examined in the trial were alleged trips to the Greek island of Corfu at the invitation of Grubmuller.

Strache has denied traveling thereafter he became vice-chancellor. Strache has also been accused of embezzling party funds to pay for his luxurious lifestyle during the 14 years he headed the FPO though he has not been charged over this. Kurz returned to the chancellorship after the scandal, this time at the head of a coalition between his OeVP and the Greens, and has thus far managed to avoid any serious political damage from "Ibizagate."

The OeVP was even able to gain many disaffected FPO voters in 2019 polls. But in May, prosecutors announced they were investigating the 35-year-old on suspicion of giving false testimony to a committee of lawmakers probing "Ibizagate" and other graft allegations. Kurz has denied the allegation and has insisted he will not bow to pressure to resign, even if formally charged.

The FPO vote share crashed from 26% in 2017 to just 16% in 2019. The party has spent much of the time since the scandal consumed by infighting. In June, Strache's successor as leader, Norbert Hofer, resigned after weeks of tension with party colleague and former interior minister Herbert Kickl. Kickl, seen as a party ideologue and mastermind of some of its anti-Islam and anti-migrant campaigns, took over as leader. Meanwhile, Strache attempted a political comeback last year with a bid to be Vienna's mayor, but his list won just 3% of the vote in municipal elections.