Belarus threatens to shut off gas in response to EU sanctions 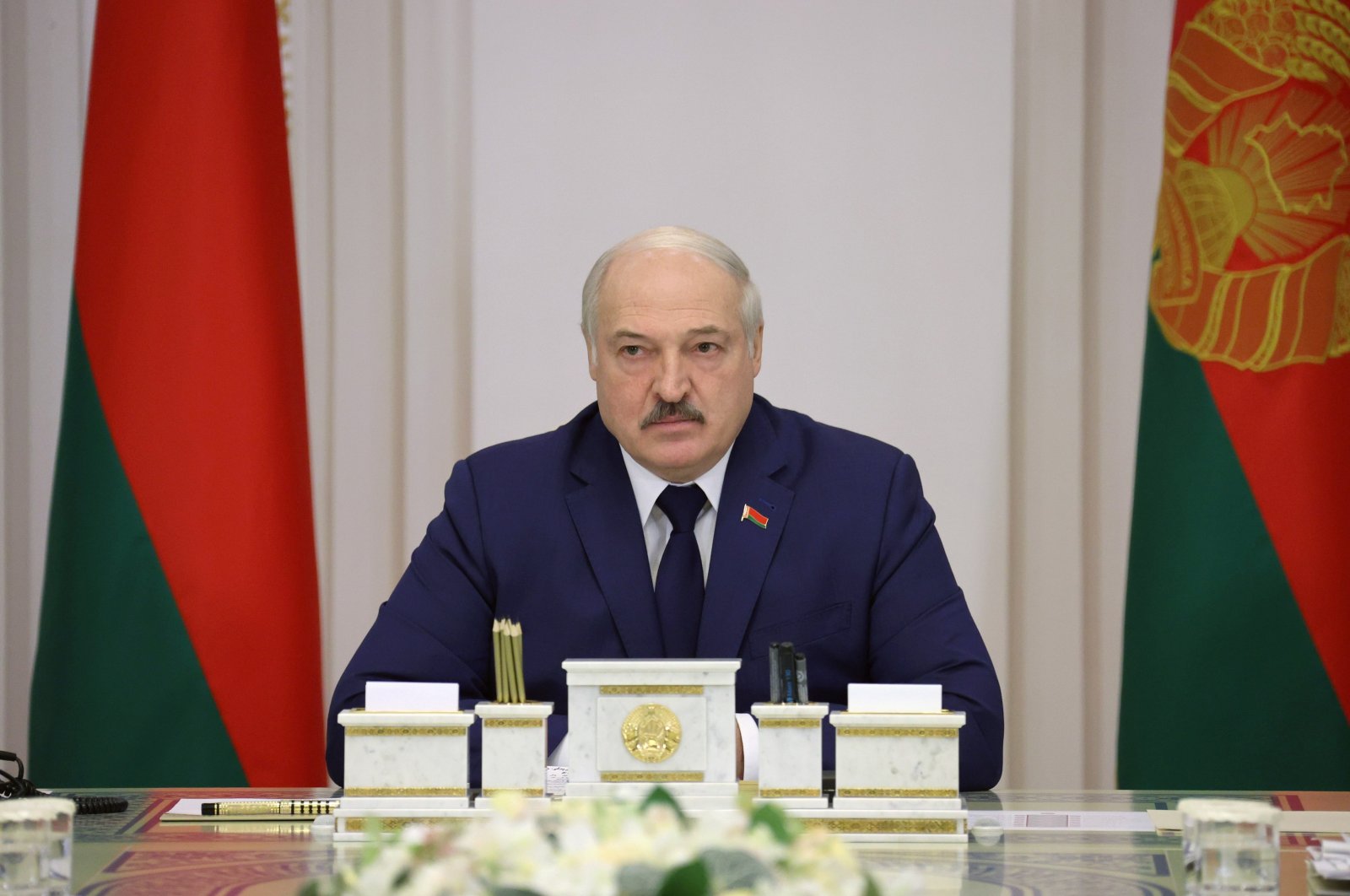 Belarus' strongman leader Alexander Lukashenko vowed Thursday to respond to any new sanctions imposed over the migrant crisis on the country's border with Poland, including by potentially cutting off the transit of natural gas to Europe.

"If they impose additional sanctions on us... we must respond," Lukashenko said in comments to officials released by the presidency. "We are warming Europe, and they are threatening us," he said, pointing out that Russia's Yamal-Europe gas pipeline transits through Belarus to Poland.

"And what if we halt natural gas supplies?"

Pressure is building to address the plight of hundreds of migrants, who are stuck at the Belarus-Poland border in freezing weather. The U.N. Security Council was to meet later Thursday for emergency talks on the crisis, after international appeals to deal with the refugees' predicament.

The West accuses Lukashenko of luring the migrants to Belarus to send them across the border, in retaliation for sanctions imposed last year after a heavy crackdown on the opposition. EU officials say they expect to approve new sanctions over the migrant crisis next week.

"We are in a situation in which the proper consequences (for Minsk) are overdue. This is what we want, together with our European partners," German Foreign Minister Heiko Maas said Thursday as Agence France-Presse (AFP) reported.

Belarusian Foreign Minister Vladimir Makei said Minsk wanted the crisis "resolved as quickly as possible" and was ready to talk to the EU, but the bloc was refusing dialogue.

Poland has deployed 15,000 troops along the border, put up a fence topped with barbed wire and approved construction of a wall on the frontier with Belarus. In a statement released for Poland's Independence Day on Thursday, Prime Minister Mateusz Morawiecki said his country was facing a "new kind of war" whose "ammunition is civilians."

Poland accuses Belarus of using intimidation to force migrants to breach the frontier and refusing to allow them to leave border areas. Belarus has in turn accused Poland of violating international norms by blocking the migrants and violently beating them back.

Migrants have been trying to cross the border for months but the crisis came to a head when hundreds made a concerted effort on Monday and were pushed back by Polish borders guards. They set up a camp on the border, sheltering in tents and burning wood from local forests to keep warm, blocked by Polish guards behind razor wire. Belarus says some 2,000 people are living at the camp.

The migrants have been making sporadic attempts to cross, with border guards reporting 468 attempts overnight Thursday. Journalists and charity workers have been banned from the immediate border area by Polish authorities under state of emergency rules.

The attempt was countered by border officers, soldiers and about 20 police, a police spokesperson told reporters, including the Deutsche Presse-Agentur (dpa),

Residents in the Polish town of Sokolka near the border said they were worried by the growing tensions but voiced support for the Polish government's tough stance.

"I'm afraid of the migrants getting through and what the consequences would be," said Henryk Lenkiewicz, a 67-year-old pensioner walking by a community noticeboard in the town center.

"The residents here are under constant stress," said the deputy mayor, Piotr Romanowicz.

Thousands of migrants have also crossed or attempted to cross from Belarus into the eastern EU member states of Latvia and Lithuania in recent months.

At least 10 migrants have died on the Poland-Belarus border, seven of them on the Polish side, according to the Polish newspaper Gazeta Wyborcza.

The EU in a statement late Wednesday called for humanitarian organizations to be granted "immediate and unhindered" access to those needing aid.

German Chancellor Angela Merkel telephoned Putin on Wednesday to ask him "to use his influence" to stop what she called an "inhumane" instrumentalization of migrants.

Poland has accused Putin of masterminding the crisis, a claim the Kremlin has dismissed as "irresponsible."

France's Europe Minister Clement Beaune said Thursday there was no evidence that Russia was involved in trafficking migrants, adding it should be "part of the solution because Belarus is more and more dependent on Moscow."

Russian Foreign Minister Sergey Lavrov on Wednesday accused the West of mounting an "anti-Belarusian campaign," and said Russia and Belarus had "closely coordinated our approaches" to counter it.