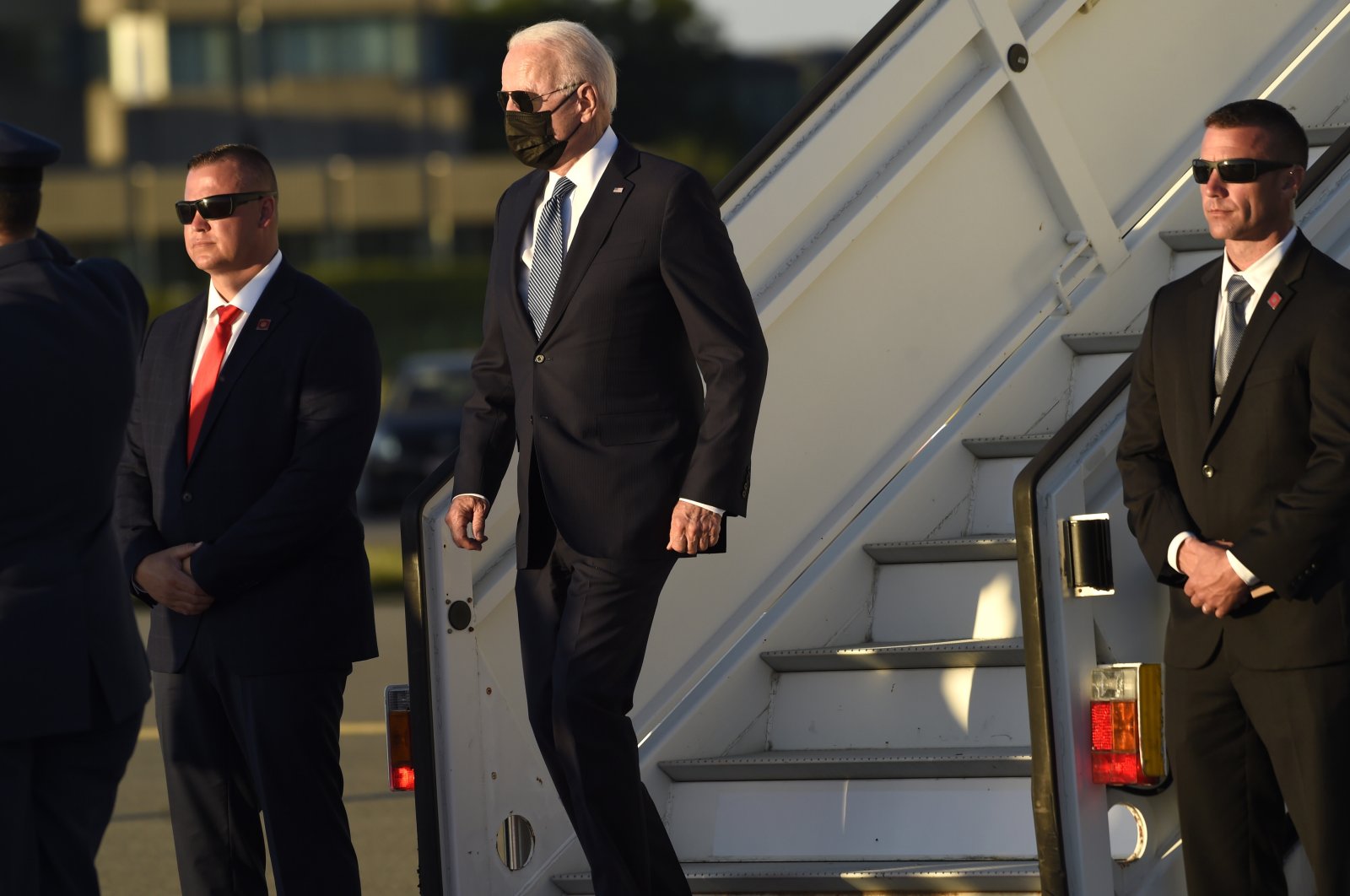 As U.S. President Joe Biden prepares for his debut NATO summit Monday, seeking to advise European allies on measures to counter provocative actions by China and Russia, 30 countries hope to leave the strained years of the Trump administration behind and turn their attention to external threats.

The summit comes as Biden tries to rally allies for greater coordination in checking China and Russia, two adversaries whose actions on economic and national security fronts have become the chief foreign policy concerns in the early going of the Biden presidency.

Biden will use his time at the summit to underscore the U.S. commitment to Article 5 of the alliance charter, which spells out that an attack on one member is an attack on all and is to be met with a collective response.

“I will make it clear that the United States’ commitment to our NATO alliance and Article 5 is rock solid,” Biden told U.S. troops in the United Kingdom last week on the first stop of his eight-day European trip, as The Associated Press (AP) reported. “It’s a sacred obligation.”

The White House said the communique to be signed by alliance members at the end of the NATO summit is expected to include language about updating Article 5 to include major cyberattacks – a matter of growing concern amid a series of hacks targeting the U.S. government and businesses around the globe by Russia-based hackers.

The update will spell out that if an alliance member needs technical or intelligence support in response to a cyberattack, it would be able to invoke the mutual defense provision to receive assistance, according to White House National Security Adviser Jake Sullivan.

The president will begin his day meeting with leaders of the Baltic states on NATO’s eastern flank regarding the “threat posed by Russia,” China and the recent air piracy in Belarus, according to Sullivan. He’ll also meet with NATO Secretary-General Jens Stoltenberg.

Ahead of the summit, Stoltenberg said Monday that the Western alliance must respond to China's economic, political and military rise and that a final NATO summit statement will cement a new strategy toward Beijing.

"China is coming closer to us. We see them in cyberspace, we see China in Africa, but we also see China investing heavily in our own critical infrastructure," he told reporters at NATO headquarters before leaders began arriving for the summit.

"We know that China does not share our values ... we need to respond together as an alliance," he said, according to a remark carried by Reuters, adding that China was not an enemy or an adversary.

He emphasized that there is no new Cold War with China, but the Western allies will have to adapt to the challenge of Beijing's rise.

"We're not entering a new Cold War and China is not our adversary, not our enemy," he said. "But we need to address together, as the alliance, the challenges that the rise of China poses to our security."

Biden’s itinerary in Europe has been shaped so that he would first gather with G-7 leaders for a three-day summit on the craggy shores of Cornwall and then with NATO allies in Brussels before his much-anticipated meeting with Russian President Vladimir Putin in Geneva Wednesday.

At the G-7, leaders sought to convey that the club of wealthy democracies – Canada, France, Germany, Italy, Japan, the U.K. and the U.S. – is a better friend to poorer nations than authoritarian rivals such as China and Russia.

The G-7 meeting ended with a communique that called out forced labor practices and other human rights violations impacting Uyghur Muslims and other ethnic minorities in the western Xinjiang province. The president declined to discuss private summit negotiations over the provision but said he was “satisfied” with the communique, although differences remain among the allies about how forcefully to call out Beijing.

Biden is focused on building a more cohesive bond between America and allies who had become wary of U.S. leadership after enduring four years of former President Donald Trump’s name-calling and frequent invectives about the relevance of multilateral alliances like NATO.

The last administration was at odds with some leading NATO members, including Britain, Germany and France, over Trump’s 2018 decision to pull out of the Iran nuclear agreement that was brokered during the Obama administration. The accord limited Iran’s uranium enrichment program in exchange for an easing of sanctions.

Trump and other critics felt the deal gave Tehran too many economic benefits without doing enough to prevent Iran from eventually developing a nuclear weapon. The Biden administration is now seeking a path to resurrecting the accord.

Trump also complained that the NATO alliance allows “global freeloading” countries to spend less on military defense at the expense of the U.S. and dismissed the alliance as “obsolete.”

Biden offered a pointed rejoinder Sunday, saying: “We do not view NATO as a sort of a protection racket. We believe that NATO is vital to our ability to maintain American security for ... the remainder of the century. And there’s a real enthusiasm.”

Trump lashed out after Trudeau was caught on a hot mic gossiping with other leaders about him, turning photo opportunities into long news conferences. Ahead of the summit, Macron had declared NATO “brain dead” because of a void in U.S. leadership under Trump.

Biden has already acknowledged during his Europe tour that the alliance needs to ensure better burden-sharing and needs stepped-up American leadership. He has also highlighted NATO members’ contributions in the war in Afghanistan.

The U.S. and the alliance are winding down their involvement in the nearly 20-year war that killed tens of thousands of Afghans and more than 3,500 U.S. and allied troops while raising profound questions about whether NATO’s most ambitious effort was worth it.

The military effort followed the 2001 arrival of a U.S.-led coalition that ousted the Taliban for harboring al-Qaida leader Osama bin Laden.

For now, NATO plans to leave civilian advisers to help build up government institutions. It’s unclear who will protect them. The alliance is also weighing whether to train Afghan special forces outside the country.

NATO members are also expected to endorse the creation of a new cyber defense policy to improve coordination with countries impacted by the increasing frequency of ransomware attacks, a climate security action plan to reduce greenhouse gases from military activities in line with national commitments under the Paris Agreement and a commitment to strengthen NATO’s deterrence to meet threats from Russia and elsewhere, according to the White House.

Biden will also meet with Turkey’s President Recep Tayyip Erdoğan on Monday on the sidelines of the summit.

The two leaders were expected to discuss Syria and Iran as well as what role Turkey can play on Afghanistan following the U.S. troop withdrawal, according to the White House. The security situation in Libya, as well as overlapping concerns on China and Russia, were also expected to be discussed.