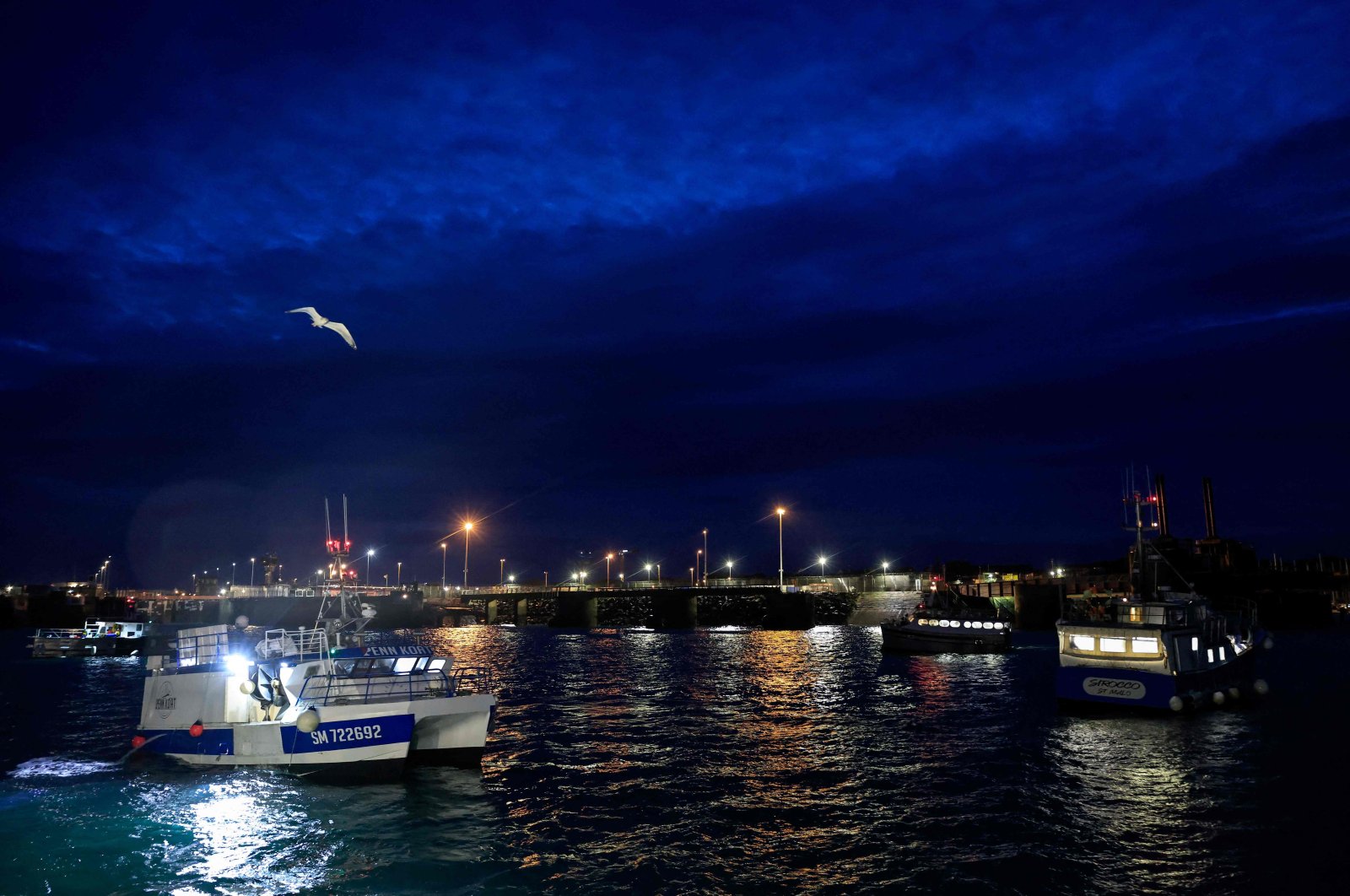 French fishing boats block the entrance to the port of Saint-Malo as fishermen planned to block ferry traffic into two other Channel ports and the movement of goods through the rail tunnel between France and the U.K. in protest over post-Brexit fishing rights, Nov. 26, 2021. (AFP File photo)
by Anadolu Agency Dec 26, 2021 8:04 pm
RECOMMENDED

An estimate 60% of U.K voters currently view their country's departure from the European Union as negative or as having gone worse than expected, according to a recent survey.

Additionally, 42% of people who voted to leave the EU in 2016 now have a negative view of how Brexit has materialized, according to a survey done by research and strategic insight agency Opinium ahead of the first Brexit anniversary.

"For most of the Brexit process any time you'd ask a question that could be boiled down to ‘is Brexit good or bad?' you'd have all of the Remainers saying ‘bad' and all of the Leavers saying ‘good' and these would cancel each other out," said Adam Drummond of Opinium.

"Now what we're seeing is a significant minority of Leavers saying that things are going badly or at least worse than they expected."

He said 59% of Remain voters believe Brexit has gone as badly as they expected, while only 17% of Leave voters feel it has been as good as they felt it would be.

Only 7% of those who voted to remain in the EU believe that Brexit has gone better than expected, in stark contrast to the 26% of Leavers who view Brexit as having gone worse than they expected, he added.

The survey was published as the U.K. marks the first anniversary of its official departure from the EU after over 40 years.

Since its exit, the U.K. has tussled with Brussels on a number of issues, including those of fishing rights and, more importantly, the land border between the Republic of Ireland and Northern Ireland.

Tensions are expected to further escalate following the resignation of Brexit Minister Lord Frost last week, which came at a time when Boris Johnson's government is under fire for corruption cases and breaches of coronavirus lockdown rules.

Northern Ireland will remain a major point of contention between London and Brussels, even more so as the Johnson administration has broken legally binding rules.

Full customs checks on goods being exported from the EU to the U.K. are expected to be introduced starting Jan. 1, a move that will be detrimental to small businesses and deter service and product exporters from supplying U.K. retailers due to higher costs. ​​​​​​​