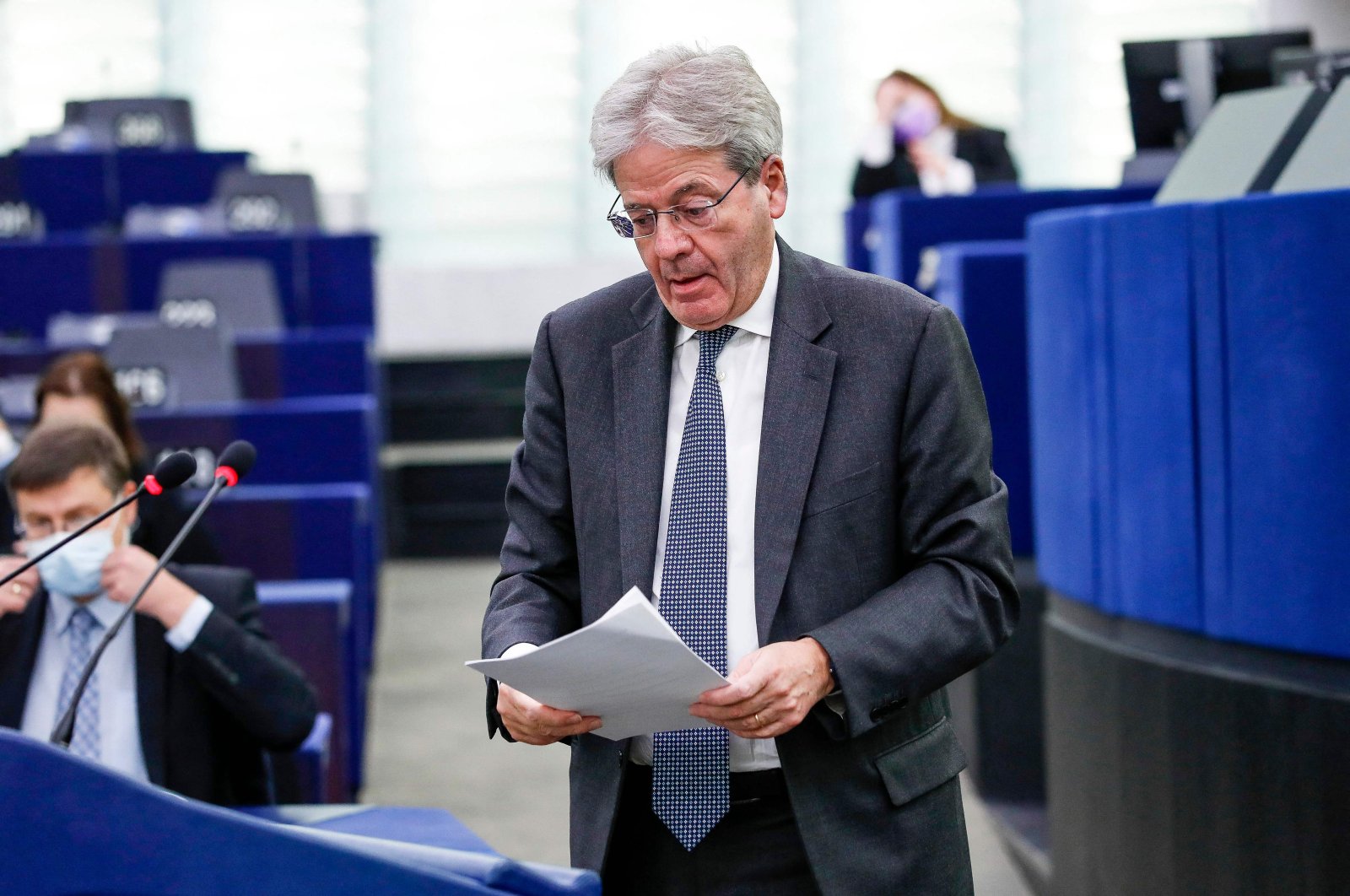 EU Commissioner for Economy Paolo Gentiloni delivers a speech on the state of play of the Recovery and Resilience Facility (RRF) during a plenary session of the European Parliament, in Strasbourg, eastern France, Dec. 15, 2021. (AFP Photo)
by Agencies Dec 22, 2021 4:12 pm
RECOMMENDED

The European Union on Wednesday launched legal action against Poland over recent decisions by one of the country’s top courts, which raised troubling questions about the 27-nation bloc’s legal order.

In October, Poland’s constitutional court ruled that Polish laws have supremacy over those of the EU in areas where they conflict. When countries join the EU, as Poland did in 2004, they must comply with the bloc’s regulations. The European Court of Justice is the supreme arbiter of those rules.

In launching its legal action, the EU’s executive branch, the European Commission, said that it sees two constitutional tribunal decisions this year as "expressly challenging the primacy of EU law.” The commission also raised doubts about the court’s legitimacy, as The Associated Press (AP) reported.

Announcing the move, Economy Commissioner Paolo Gentiloni said that the rulings "are in breach of the general principles of autonomy, primacy, effectiveness and uniform application of Union law and the binding effect of rulings of the Court of Justice of the European Union.”

Gentiloni said the commission, which proposes EU laws and supervises the way they are applied, believes that the Polish court "no longer meets the requirements of an independent and impartial tribunal established by law as required by the (EU) treaty.”

"The European Union is a community of values and of law and the rights of Europeans under the treaties must be protected, no matter where they live in the union,” he told reporters.

The first step of the legal action involves the commission sending a "letter of formal notice” requesting a reaction and information from Poland. The country’s right-wing government is required to reply in detail within two months.

Countries that fail to comply with the EU court rulings can face hefty fines and possibly a loss of voting rights.

Polish Prime Minister Mateusz Morawiecki said he did not agree with the European Commission's position and that it had misinterpreted the powers that had been conferred on it.

"I think that more and more European Union member states are seeing that there must be a limit to (the EU's) competences," he said, according to Reuters.

Poland has two months to reply to the letter of formal notice sent on Wednesday. If the commission is not satisfied with Warsaw's reply, it can send Poland a reasoned opinion requesting it to comply with EU law, again with a two-month reply period.

After that, the commission can sue Poland in the European Court of Justice, imposing daily fines on Warsaw until it complies. It has already imposed such daily fines on Poland in two other cases, which now add up to 1.5 million euros ($1.6 million).