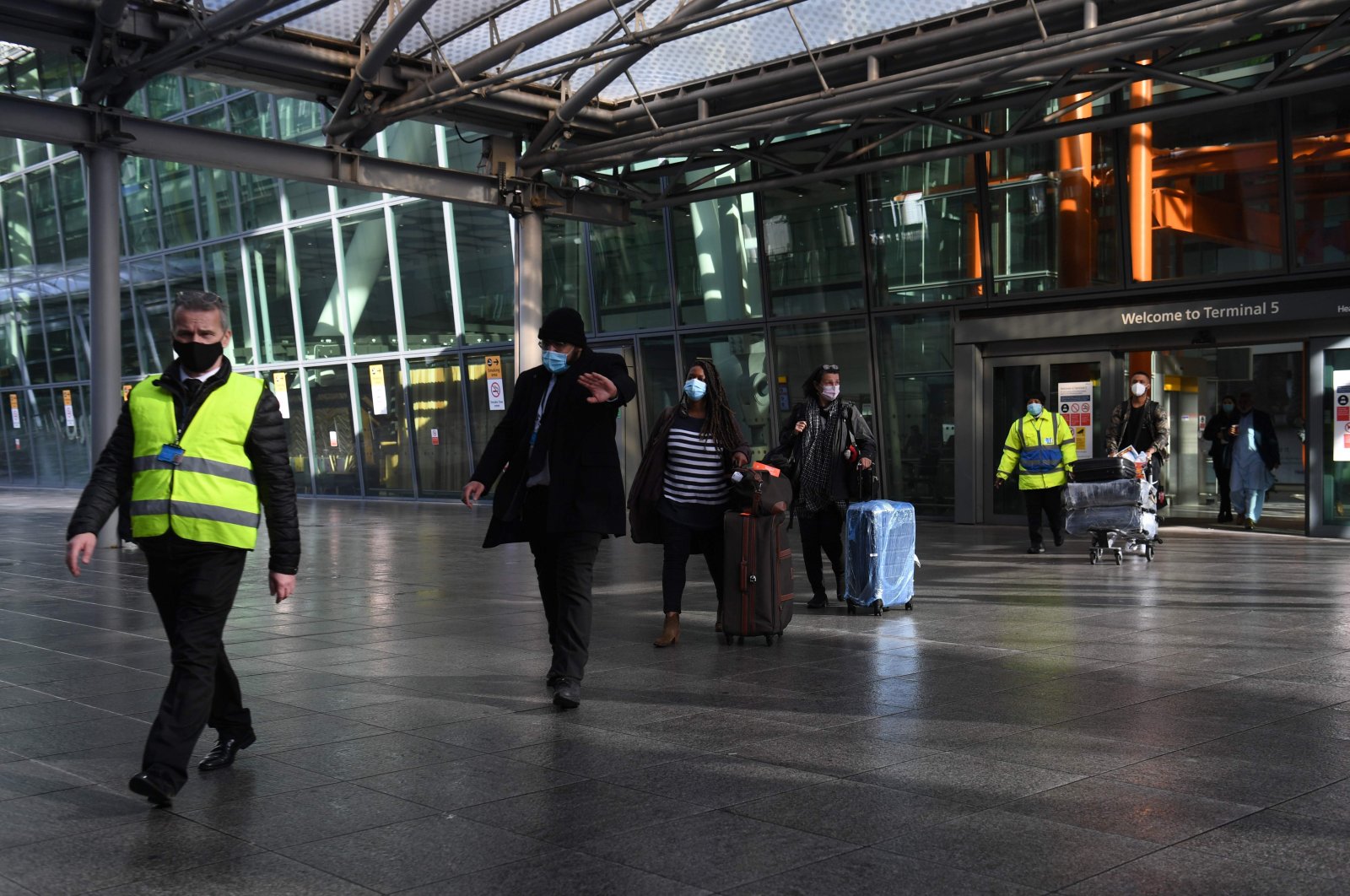 Passengers are escorted to a coach at Heathrow Airport to be driven to a mandatory hotel quarantine in west London on February 15, 2021. (AFP Photo)
by Anadolu Agency
Feb 15, 2021 10:35 pm

The European Commission will send a letter to all European Union countries to advise them against closing borders to stem the spread of coronavirus, an EU official said on Monday.

"Whereas we consider that member states should also strongly discourage non-essential travel to and from highly infected areas, border controls or blanket travel bans should be avoided," Christian Wigand, spokesperson for justice affairs, told the European Commission's daily press briefing.

The announcement came a day after Germany closed its borders to the Czech Republic and Austria's Tyrol region to contain new variants of the coronavirus, only allowing returning German citizens and essential workers to enter the country.

The move provoked outrage, especially among Czech cross-border workers who are no longer able to go to work or return to their homes on a daily basis.

"Without a coordinated approach among the 27 member states, we risk fragmentations and disruptions to free movement," Wigand added, pointing out how national governments agreed in October to use the same principles when introducing travel restrictions.

In January, the European Commission proposed an update to these coordinated measures to prevent the spread of new mutations of COVID-19.

"The European Commission will send a letter to all member states to remind them to follow the guidelines agreed together," Wigand said.

He also confirmed that EU affairs ministers will discuss the travel restrictions during their meeting scheduled for March 23.

Belgium, the first country to re-close borders in January, last week extended the travel ban for non-essential travel till April 1.

The free movement of people and goods is one of the main principles of the EU.

Member states, however, can restrict travel in order to preserve public health if they impose proportionate and necessary measures.