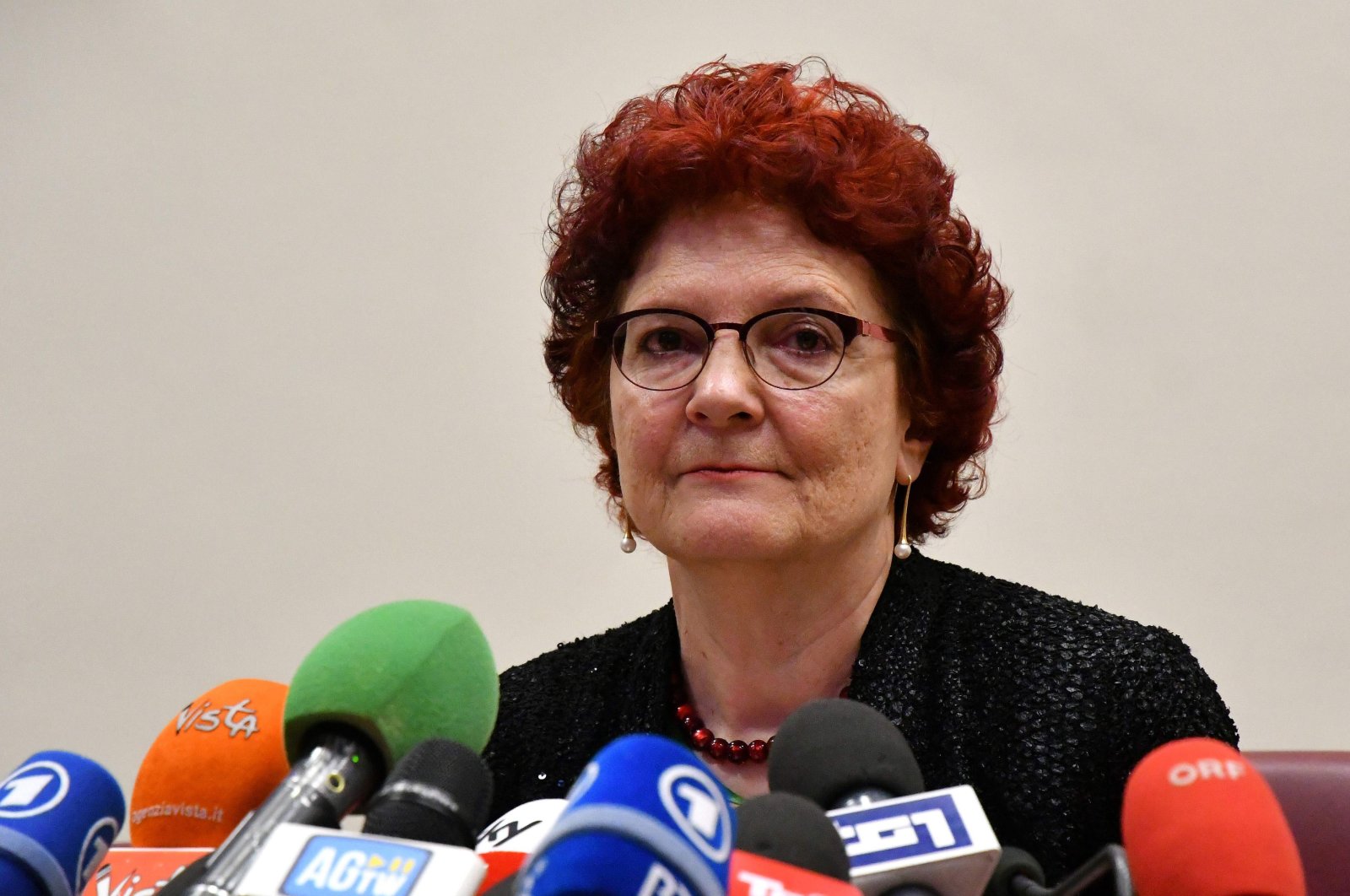 The coronavirus could last indefinitely warned the head of the European Union's disease control agency Friday despite global infections having decelerated in the last month and vaccine rollouts having begun.

In an interview with Agence France-Presse (AFP), ECDC chief Andrea Ammon urged European countries in particular not to drop their guard against a virus that "seems very well adapted to humans" and may require experts to tweak vaccines over time, as is the case with the seasonal flu.

"So we should be prepared that it will remain with us," according to Ammon, head of the Stockholm-based European Centre for Disease Prevention and Control.

After the latest harsh wave of a pandemic that started in China more than a year ago, glimmers of hope flickered as an AFP database showed the rate of new COVID-19 infections has slowed by 44.5% worldwide over the past month.

More than 107 million people have been infected worldwide and nearly 2.4 million have died from COVID-19.

But disease experts warned that vaccines won't end the pandemic unless all countries receive doses in a fast and fair manner.

Writing in an open letter published in The Lancet medical journal, the authors said with vaccine stockpiling in wealthier countries, "it could be years before the coronavirus is brought under control at a global level."

The warning came as U.S. vaccine maker Moderna said it was seeking clearance with regulators around the world to put 50% more coronavirus vaccine into each of its vials as a way to quickly boost current supply levels.

In Britain, a marked drop in infections and accelerating vaccinations have prompted some within the governing Conservative Party to push for stay-at-home rules to be lifted in early March.

Much of the country reentered lockdown in early January to curb a more transmissible COVID-19 variant first identified in the UK.

In Australia, more than 6 million people in Melbourne and its surrounding area were under an emergency five-day coronavirus lockdown.

"It's rough. It's going to be a rough few days for everyone," said tennis star Serena Williams, reacting to the lockdown moments after her latest victory at the Australian Open.

While play will continue under the restrictions, fans will no longer be permitted and players must restrict themselves to biosecure "bubbles".

The toll on sports, entertainment and economies continued to be massive.

The Tokyo Olympic Games are due to open in July after multiple delays.

But the games organizers are already battling public misgivings about holding the huge international event this summer.

European Commission chief Ursula von der Leyen urged the 27 EU member countries to accelerate the ratification of a key part of the bloc's 750-billion euro ($900 billion) plan to recover from the impact of the pandemic.

The U.K. – which has left the EU and has Europe's highest virus death toll after a heavily criticized initial response to the pandemic – reported that the economy shrank a record 9.9% last year.

Finance Minister Rishi Sunak admitted the impact would be a "serious shock" and warned: "We should expect the economy to get worse before it gets better."

The country broke ranks with the EU last month by becoming the first bloc member to approve Sputnik V, ordering 2 million doses to be delivered over three months, enough to vaccinate 1 million people.

Russia registered Sputnik V in August, months ahead of Western competitors but before the start of large-scale clinical trials, which left some experts wary.

However, recent results published in The Lancet found that the vaccine is 91.6% effective against COVID-19.

Some EU leaders seem to be warming to the idea of deploying Sputnik V as the bloc struggles with supply shortfalls for the three vaccines it has approved.

Plans to vaccinate all Americans

The EMA said Friday it had started a "rolling review" of a vaccine from German manufacturer CureVac, the first step towards possible authorization.

In the United States – the world's hardest-hit country with more than 480,000 deaths – health authorities on Friday urged schools to reopen safely and as soon as possible, offering a detailed plan for limiting the spread of COVID-19.

The strategy emphasizes universal masking, handwashing, disinfection and contact tracing. While recommending vaccination for teachers and staff, it stops short of saying it is necessary – a divisive issue among teachers' unions.

The push comes as the United States is in the midst of an aggressive mass vaccination campaign, with a goal of inoculating nearly all Americans by the end of July.

Hard-hit Brazil's drive to vaccinate its population has stumbled this week as a lack of doses forced authorities to slow or halt immunization in several key areas.

But Prime Minister Justin Trudeau said Canada's COVID-19 vaccines rollout will be back on track in March with stepped up deliveries of doses to make up for recent delays.