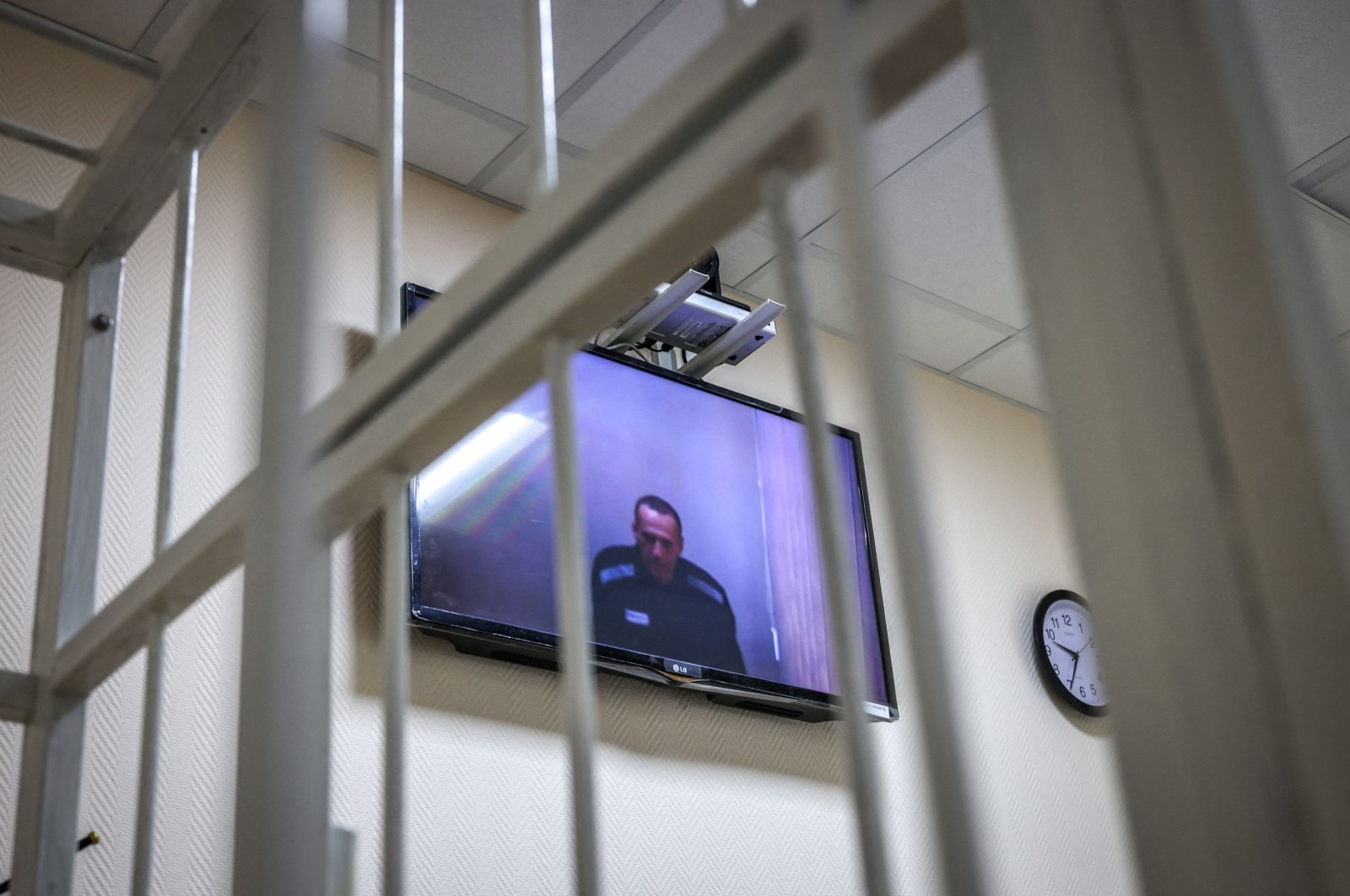 Jailed Kremlin critic Alexei Navalny appears on screen via a video link from prison during a court hearing, at a court in the town of Petushki some 120 kilometers outside Moscow, May 26, 2021. (AFP Photo)
by French Press Agency - AFP Jul 28, 2021 6:55 pm
RECOMMENDED

Social media accounts linked to jailed Kremlin critic Alexei Navalny should be blocked, Russian internet watchdog said Wednesday, as Moscow turns up the heat on the opposition ahead of parliamentary polls.

Earlier this week the Federal Service for Supervision of Communications, Information Technology and Mass Media or Roskomnadzor blocked 49 websites linked to President Vladimir Putin's most vocal domestic critic including his main website navalny.com as well as those of Navalny's regional offices and his key allies.

The move came after Navalny's organizations were in June banned as "extremist," barring members and sponsors from running in September's parliamentary elections.

In a statement sent to Agence France-Presse (AFP) on Wednesday, Roskomnadzor said that social media accounts of Navalny's "extremist organizations" and their regional branches should be also blocked.

The media watchdog claimed that the accounts contained "calls to carry out extremist activity and mass unrest" and that they supported Navalny's outfits financially.

On Tuesday, Leonid Volkov, another close Navalny ally, told AFP that the media regulator also wanted to block the YouTube channels of Navalny, his campaign offices and several allies including himself.

YouTube has become one of the most visible platforms for Navalny to release his anti-corruption investigations, which are watched by millions of people.

In a message from prison on Tuesday, Navalny urged Russians to mobilize and download a "Smart Voting" application that also allows users to read content from his now blocked main website.

Russia's parliamentary vote will be held from Sept.17 to Sept. 19.