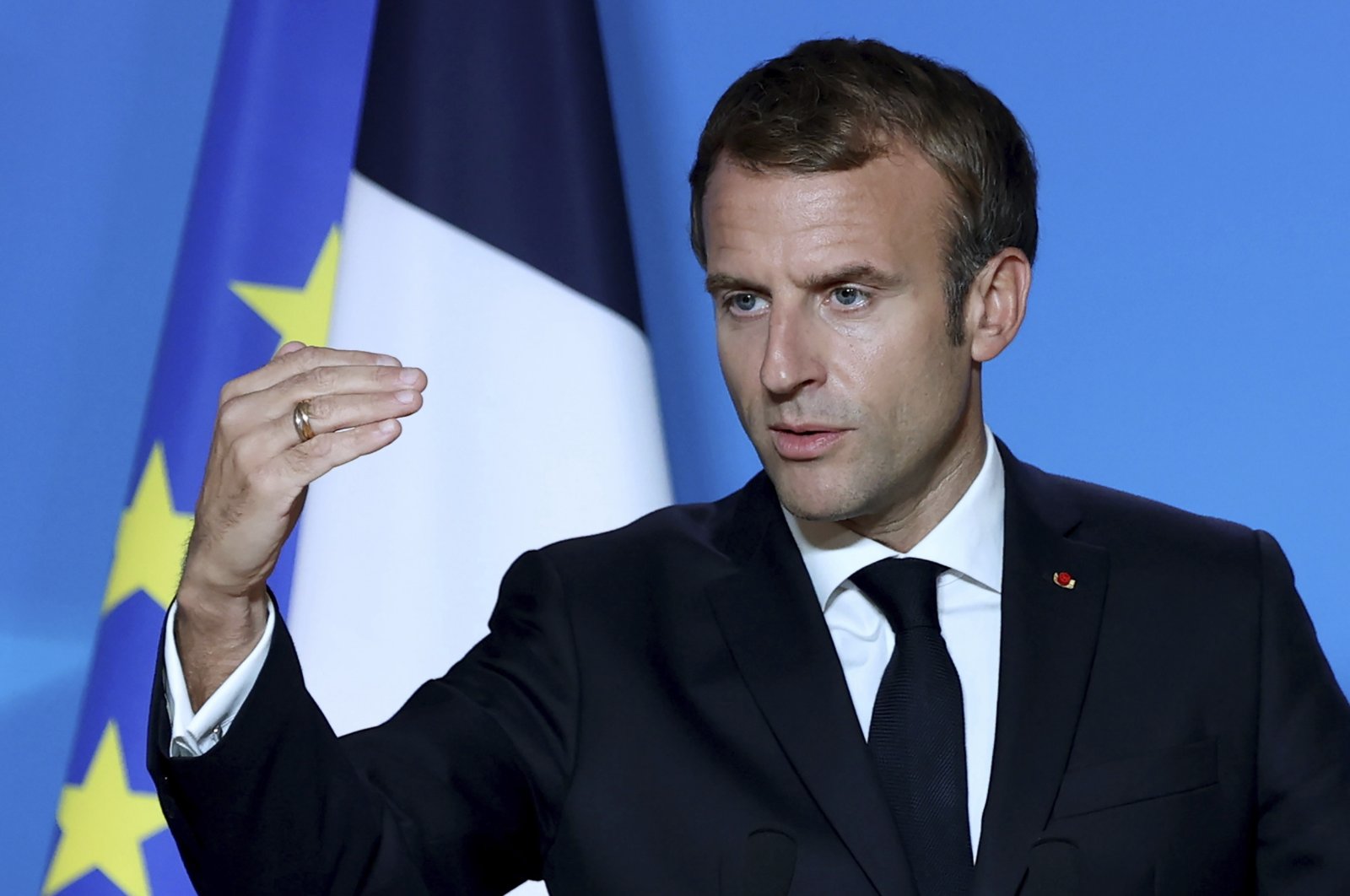 The Australia-France row over the collapse of a submarine deal reached an "unprecedented new low" when a text message from the French president to Australia's leader was leaked, France's ambassador to Canberra said Wednesday.

French President Emmanuel Macron sent the message to Prime Minister Scott Morrison two days before Australia announced that it had torn up a decade-old multibillion-dollar contract with France to build a new fleet of submarines. Paris reacted furiously, and Macron added to the furore at the weekend by accusing Morrison of lying to him, a charge the Australian has batted away. In the message, Macron had asked Morrison: "Should I expect good or bad news for our joint submarine ambitions?" Reports said the leak could have been engineered by Morrison's office in retaliation for the "lying" charge.

In a fiery speech on Wednesday, French Ambassador to Australia Jean-Pierre Thebault said the leaking of the private text was an "unprecedented new low."

"You don't behave like this on personal exchanges of leaders who are allies. But maybe it is just confirmation that we were never seen as an ally," he told Australia's National Press Club. "Doing so also sends a very worrying signal for all heads of state: Beware, in Australia, there will be leaks."

"And what you say in confidence to your partners will be eventually used and weaponized against you one day," he added, according to remarks carried by Agence France-Presse (AFP).

Morrison and Macron spoke last week before the Australian leader publicly sought a handshake with his French counterpart at the G-20 meeting. The destabilization of the usually close diplomatic relations between the two nations now threatens to spill over into trade consequences. The European Union has twice postponed a planned round of free trade talks with Australia. In solidarity with France, European Commission President Ursula von der Leyen questioned whether the bloc could strike a trade deal with Australia.

Thebault said Wednesday that Australia acted with deceit when it abruptly canceled a multibillion-dollar deal.

"The deceit was intentional," Thebault was quoted by media reporters, including Reuters journalists. "And because there was far more at stake than providing submarines, because it was a common agreement on sovereignty, sealed with the transmission of highly classified data, the way it was handled was a stab in the back."

Australia in September canceled a deal with France's Naval Group, opting instead to build at least 12 nuclear-powered submarines in a deal with the United States and Britain. The new alliance, dubbed AUKUS, is designed to give Australia access to nuclear-powered submarines for the first time. The decision has caused a major bilateral rift, with France recalling its ambassadors from Australia and the United States in protest. Thebault returned to Canberra last month and the speech on Wednesday is the first time he has spoken publicly on the bilateral relationship.

"These are not things which are done between partners – even less between friends," said Thebault, who added that the French government had no gripe with the people of Australia.

Thebault said Canberra's suggestion that dissatisfaction with the French conventional submarines had been communicated was "fiction," saying Paris could not be expected to interpret "ambiguous attitudes." He pointed to an August joint communique underlining the importance of the sub deal – just two weeks before it was ripped up – adding "the deceit was intentional."

Thebault, who was briefly recalled to Paris over the dispute, said it was now "up to Australia" to suggest ways to repair the damaged relationship.

"We won't buy on promises of love. Love is good. But proof of love is much better," he said.

Speaking to Australian reporters in Dubai, Morrison attempted to draw a line under the episode, saying it was now time to "move on." "I don't think there is any further profit for anyone in continuing down this path," he said. "Claims were made and claims were refuted, what is needed now is for us to all just get on with it."

U.S. President Joe Biden said last week that the handling of the new pact had been clumsy, adding that he had thought France had been informed of the contract cancellation before the new pact was announced.