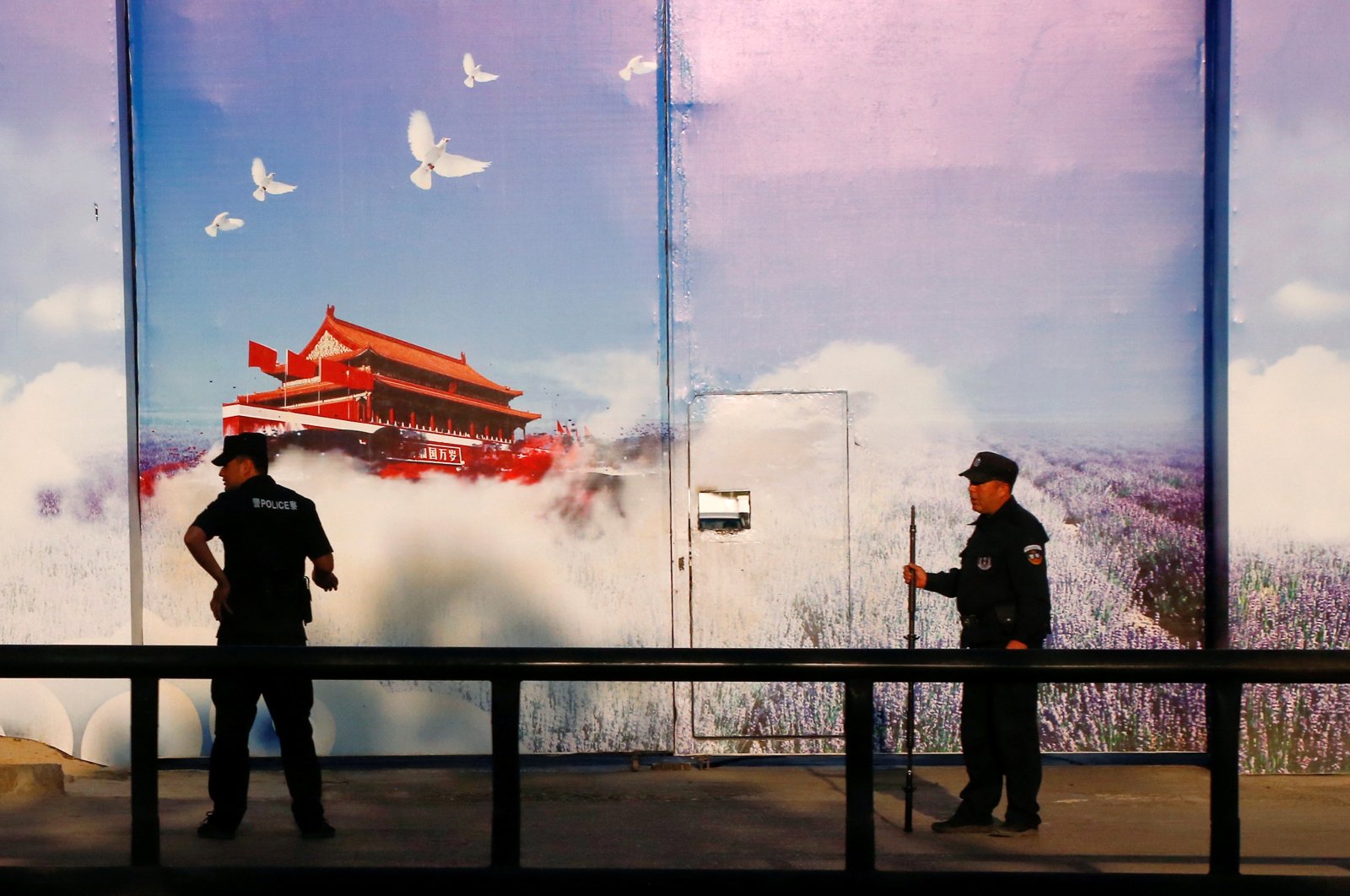 Security guards stand at the gates of what is officially known as a vocational skills education center in Huocheng County in Xinjiang Uighur Autonomous Region, China, Sept. 3, 2018. (Reuters Photo)
by REUTERS Jul 02, 2021 12:04 am
RECOMMENDED

The procedure is linked to accusations against China over its treatment of minority Muslim Uyghurs in the region, including the use of forced labor, the source said.

The source told Reuters Uniqlo France, a unit of Japan's Fast Retailing, Zara owner Inditex, France's SMCP and Skechers were the subject of the investigation, confirming a report by French media website Mediapart.

"An investigation has been opened by the crimes against humanity unit within the anti-terrorism prosecutor's office following the filing of a complaint," the source said.

Inditex said it rejected the claims in the legal complaint, adding that it conducted rigorous traceability controls and would fully cooperate with the French investigation.

"At Inditex, we have zero tolerance for all forms of forced labor and have established policies and procedures to ensure this practice does not take place in our supply chain," the company said in a statement.

SMCP said it too would cooperate with the French authorities to prove the allegations false.

"SMCP works with suppliers located all over the world and maintains that it does not have direct suppliers in the region mentioned in the press," SMCP said, adding that it regularly audited its suppliers.

Uniqlo France were not immediately available to comment outside of European business hours. Skechers said it does not comment on pending litigation. It referred Reuters to a March 2021 statement in which it said it maintained a strict supplier code of conduct.

Two nongovernmental organizations (NGOs) filed a complaint in France in early April against multinationals for concealment of forced labor and crimes against humanity.

U.N. experts and rights groups estimate over a million people, mainly Uyghurs and other Muslim minorities, have been detained in recent years in a vast system of camps in China's western Xinjiang region.

Many former inmates have said they were subject to ideological training and abuse. Rights groups say the camps have been used as a source of low-paid and coercive labor.

China denies all accusations of abuse.

Several Western brands including H&M, Burberry and Nike have been hit by consumer boycotts in China after raising concerns about forced labor in Xinjiang.

In March, the United States, the European Union, Britain and Canada imposed sanctions on Chinese officials for human rights abuses in the region. Beijing retaliated immediately with its own punitive measures.