France recommends 1-shot vaccine for people who had COVID-19 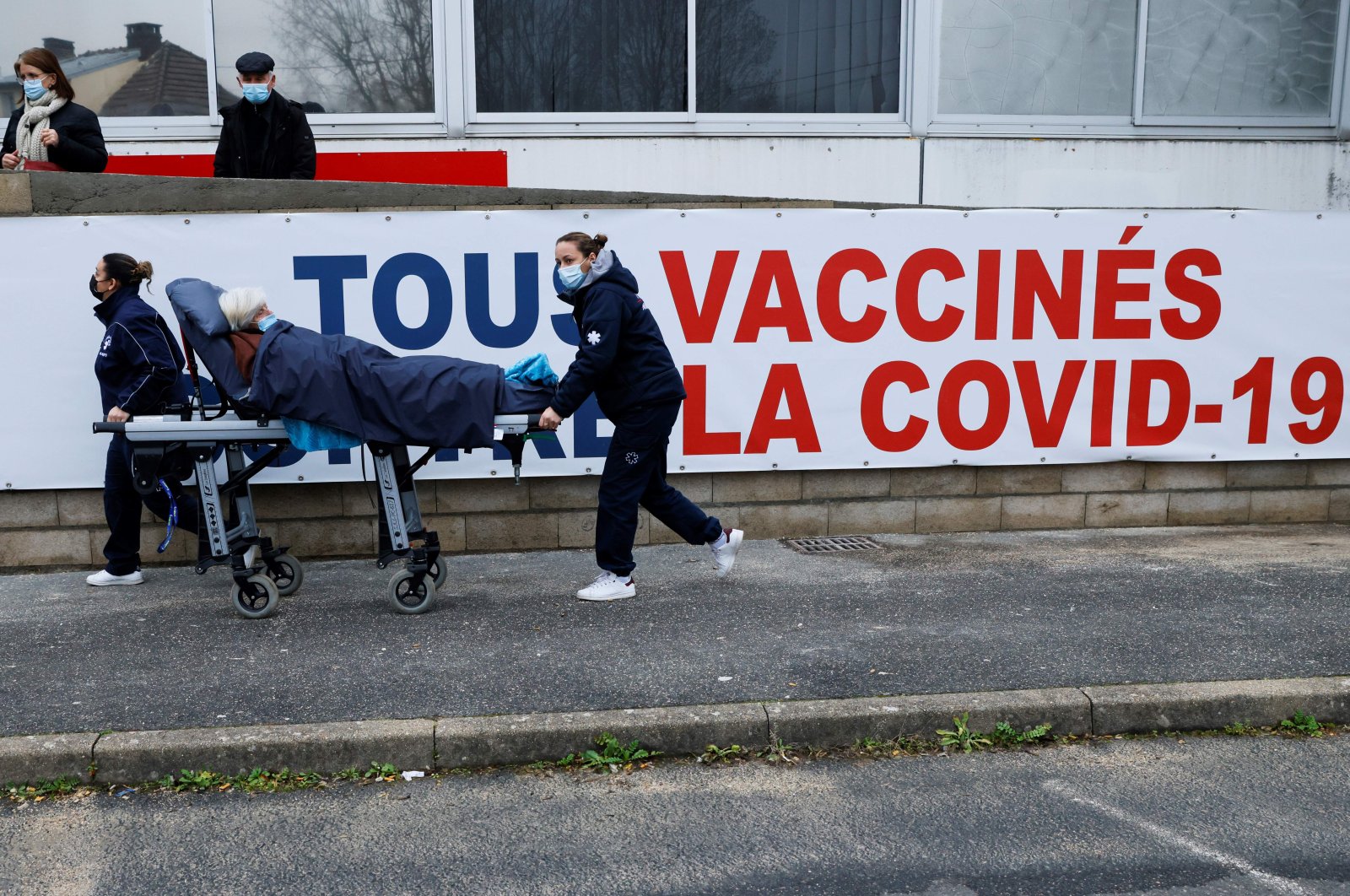 A woman is carried on a stretcher to the COVID-19 vaccination center at the South Ile-de-France Hospital Group in Melun, on the outskirts of Paris, France, Feb. 8, 2021. (EPA Photo)
by ASSOCIATED PRESS Feb 12, 2021 8:34 pm
RECOMMENDED

France’s highest health authority recommended Friday that people who have had COVID-19 receive only one dose of a vaccine against the coronavirus.

The High Authority of Health, or HAS, said that since recovered individuals had developed an immunity response akin to a vaccine, a single shot is probably sufficient.

“A single vaccine dose will also play the role of reminding” a previously infected person's immune system how to fight COVID-19, the independent body said in an opinion report.

If applied, the decision is expected to speed up the pace of France’s vaccination drive. All three of the vaccines authorized for use in the European Union – made by Pfizer, Moderna and AstraZeneca – were developed to be administered in two doses delivered a few weeks apart.

In trial studies, a two-shot dosing schedule was shown to be the only way to increase immunity against the virus to a near-full level.

France has been under fire for the slow rollout of its vaccination program. Prime Minister Jean Castex has characterized the rollout as having “a brisk pace,” and promised last week that 4 million shots – both first and second doses – would be given this month.

French authorities reported Thursday that over 2.1 million people had received one vaccine dose, of whom over 535,000 also got their second shot.

The results are preliminary, posted on a website for researchers, but among 109 vaccine recipients those who’d previously been infected had 10 to 20 times higher antibody levels after the first dose of vaccine – and retained higher levels after a second dose – than the never-infected.

While the study is small, the Mount Sinai team concluded the findings suggest “only one dose of vaccine would not negatively impact” the previously vaccinated and offer a rationale considering policy changes.