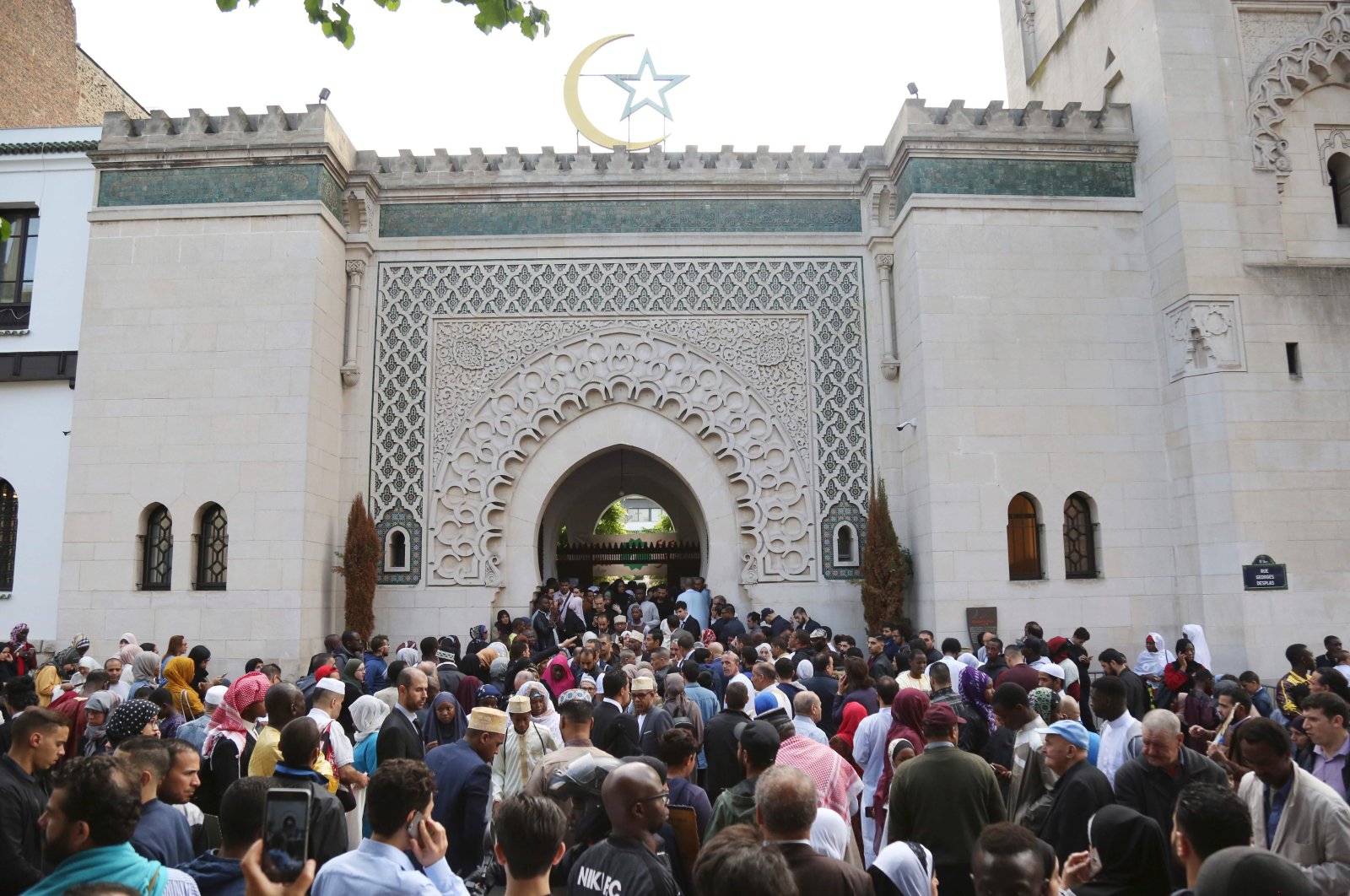 Muslims gather at the Grande Mosquee de Paris (Great Mosque of Paris) at the start of the Eid al-Fitr holiday which marks the end of Ramadan, in Paris, France, on June 14, 2018. (AFP Photo)
by Daily Sabah with AFP Dec 14, 2021 1:45 pm
RECOMMENDED

France's interior minister said on Tuesday he had launched a procedure to close a mosque for up to six months, defending the move by saying that the religious institution's imam has been staging "radical" preaching.

Gerald Darmanin told the Cnews TV channel he had "triggered" the process of shutting the mosque in Beauvais, a town of 50,000 some 100 kilometres (62 miles) north of Paris, because of "unacceptable" preaching. The French minister accused imam of "targeting Christians, homosexuals and Jews" in his sermons.

Authorities in the Oise region, where Beauvais is located, had already announced that they were considering closing down the mosque because of sermons they said incited hatred, violence and "defend jihad."

An official at the Oise prefecture told Agence France-Presse (AFP) that a letter had been sent last week announcing the plan, adding that a 10-day period of information-gathering was legally required before any action could be taken.

Local daily Courrier Picard reported that the mosque's imam was a recent convert to Islam. The paper quoted a lawyer for the association managing the mosque as saying that his remarks had been "taken out of context," and said that the imam had been suspended from his duties following the prefecture's letter.

France has launched a major crackdown on Muslim minority more than a year ago. Closing schools, Muslim organizations and mosques French authorities have been taking heat from global leaders, human rights groups and activists, who call the move as serious attack on rights and freedoms in France.

Darmanin announced earlier this year that France would step up checks against places of worship and associations suspected of spreading radical propaganda. However, critics say the French authorities use the vague and ill-defined concept of "radicalization" or "radical Islam" to justify the imposition of measures without valid grounds, which risks leading to discrimination in its application against Muslims and other minority groups.

The crackdown came after the October 2020 murder of teacher Samuel Paty who was targeted following an online campaign against him for having shown controversial cartoons of the Prophet Mohammed published by the satirical magazine Charlie Hebdo during a civics class. French President Emmanuel Macron defended the publication of caricatures which offended Muslims and said he will not prevent the publishing of the cartoons under the pretext of freedom of speech, sparking outrage among the Muslim world.

While French Muslims have accused him of trying to repress their religion and legitimizing Islamophobia. Several Muslim-majority countries, including Turkey and Pakistan, have condemned Macron's attitude toward Muslims and Islam.

Critics say French anti-Muslim laws that targets Muslim, their worship places, educational and other centers violates religious freedom and unfairly targets France's 5.7 million Muslim minority, the largest in Europe. Although, France's unpopular "anti-separatism" law does not specifically mention the word "Islam," French Muslims have protested against it for months, claiming the measures set them apart.

According to the interior ministry, 99 mosques and Muslim prayer halls out of France's total number of 2,623 have been investigated in recent months because they were suspected of spreading "separatist" ideology. Of the total, 21 were currently shut for various reasons, and six were being probed with a view to closing them down on the basis of French laws against extremism and separatism.