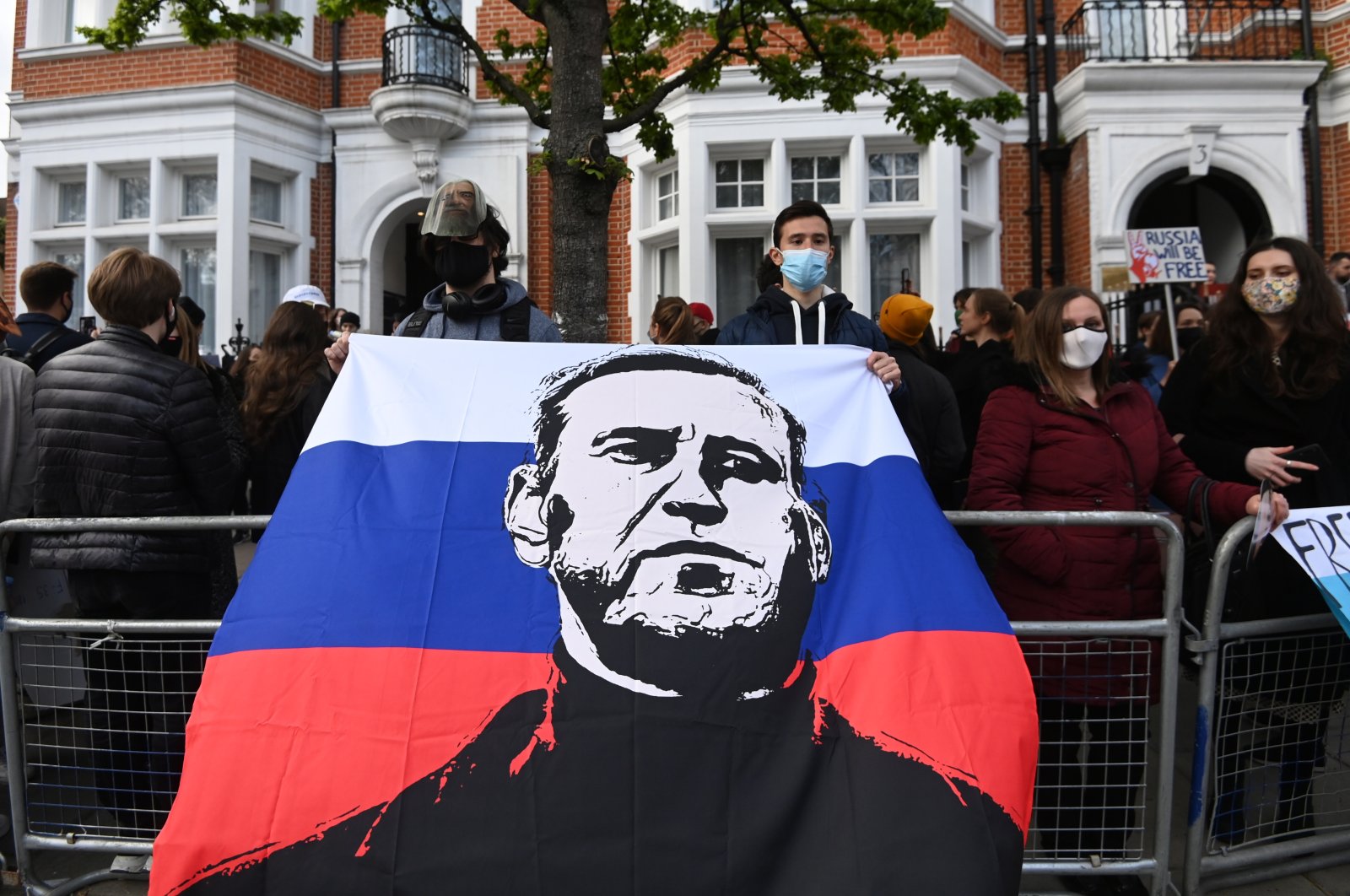 The 44-year-old Navalny, who last year survived a nerve agent attack that Russian authorities denied carrying out, is thin and weak after starving himself for three weeks in prison, and his allies say he risks kidney failure or cardiac arrest. Earlier this week, Navalny was transferred to a prison hospital.

"We will take the necessary sanctions and it will be the responsibility of Mr. Putin and the Russian authorities. I hope we won't go to that extreme," Le Drian said in response to a question on how Europe would react if Navalny were to die.

Labeling Russia's recent actions at home as an "authoritarian shift," Le Drian also said Moscow's deployment of thousands of troops on the border with eastern Ukraine needed to be addressed through discussions rather than sanctions for now.

"He (Putin) is an awkward neighbor ... sometimes dangerous, but he is still there so we need to continue to talk," Le Drian said.

"I don't think it's Russia's desire to carry out military action against Ukraine, but having troops on the border poses risks of accidents."

Ukraine is trying to shore up international support in its standoff with Moscow over the buildup of Russian troops on its eastern border and in Crimea, which it annexed from Kyiv in 2014.