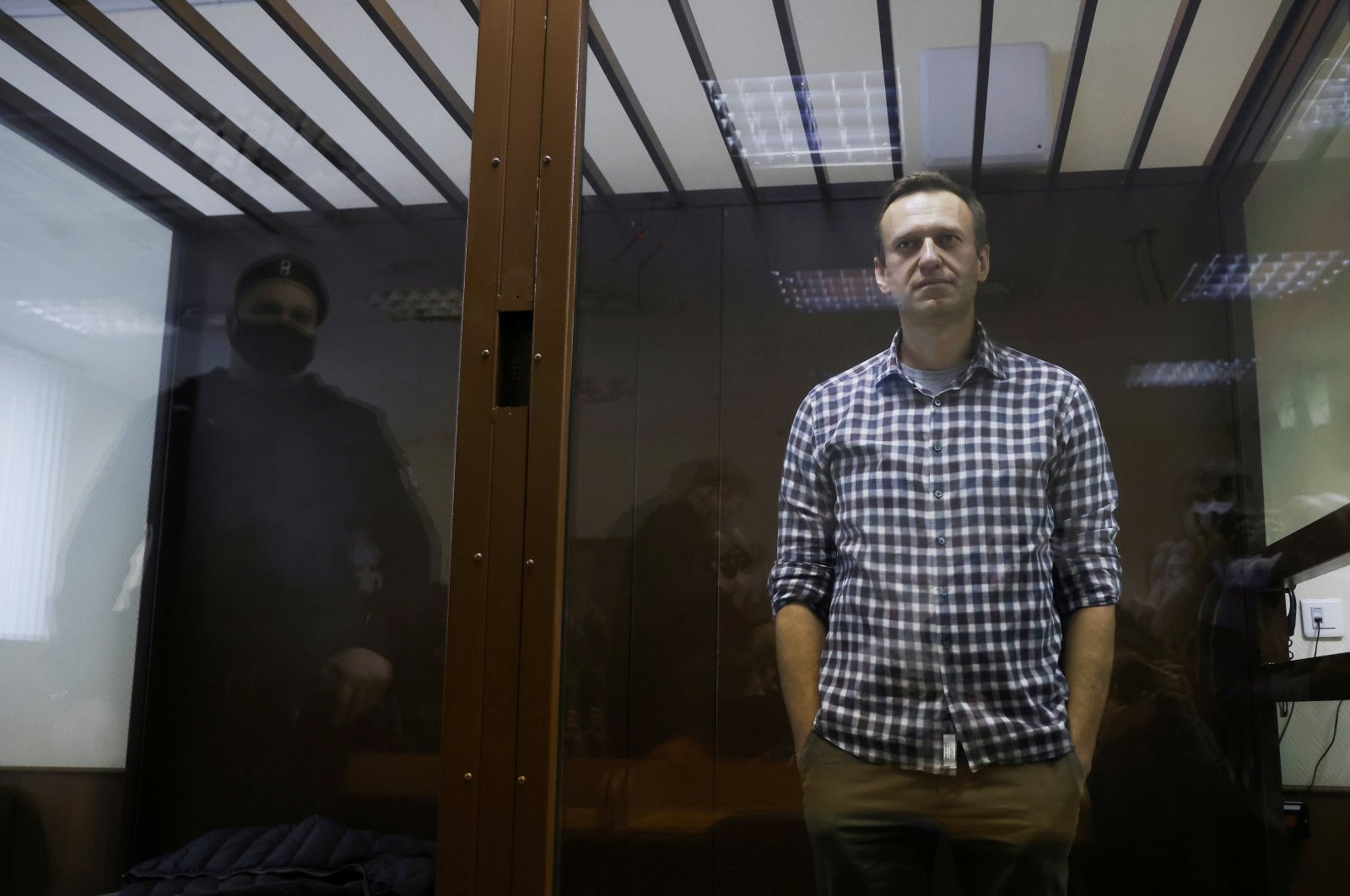 Ailing Kremlin critic Alexei Navalny was transferred to a prison hospital, Russia's penitentiary service said Monday, as the EU warned it would hold Moscow "responsible" for the state of his health.

The United States on Sunday threatened Russia with "consequences" if President Vladimir Putin's major domestic opponent – who is on hunger strike – dies in jail after Navalny's private doctors warned over the weekend he could pass away at "any minute."

Russia's prison authorities – which have barred Navalny's own medical team from visiting him – said its doctors had decided to move him to a medical facility on the premises of another penal colony outside Moscow.

But the authorities insisted the jailed anti-corruption campaigner's condition was "satisfactory," and said he was taking vitamin supplements as part of medical treatment.

Fears over Navalny's fate have added more fuel to soaring tensions between Moscow and the West over a buildup of Russian troops along the border with Ukraine and a spiraling diplomatic row with EU member state the Czech Republic.

Borrell called his condition "very worrisome" and repeated demands that Moscow allows Navalny's chosen team of doctors to inspect him.

Lithuania's Foreign Minister Gabrielius Landsbergis pushed further, saying the bloc should prepare "a humanitarian mission" to fly him out of Russia for treatment.

"If the international community does not respond, the regime's opposition leader will be sent silently to his death," Landsbergis said.

Navalny, 44, was arrested in Russia in January after returning from a near-fatal nerve agent poisoning he says was carried out by Moscow – accusations denied by Putin's administration.

Sentenced to 2 1/2 years in prison for embezzlement, he began a hunger strike on March 31 demanding medical treatment for back pain and numbness to his hands and legs.

The EU in October sanctioned six Russian officials over the Novichok nerve agent attempt and in February sanctioned another four individuals over Navalny's arrest and sentencing.

Navalny's supporters have called for a major protest across Russia on Wednesday to demand his release, hours after a state-of-the-nation address by Putin.

The fraught ties with Russia were set to dominate the agenda as EU foreign ministers hold their regular monthly meeting.

The top diplomats were also holding talks with Kyiv's Foreign Minister Dmytro Kuleba over the major military buildup by Russia along Ukraine's borders and the surge in clashes with Russian-backed separatists.

Borrell described the situation on Ukraine's frontiers as "very dangerous" and called on Moscow to withdraw its troops.

Kyiv has been battling Moscow-backed separatists in eastern Ukraine since 2014 and fighting intensified early this year, effectively shredding a cease-fire agreed on last July.

Faced with the largest deployment of Russian troops on Ukraine's borders since 2014, President Volodymyr Zelenskiy has requested more help from the West.

Lithuania's Landsbergis insisted the bloc should show it is willing to impose sanctions if Moscow crosses any more "red lines."

European diplomats say that Poland is pushing for a green light to prepare a new round of sanctions targeting officials in the annexed Crimean Peninsula over rights abuses.

EU foreign ministers are also set to be briefed on spiraling tensions between the Czech Republic and Russia.

Moscow on Sunday ordered out 20 Czech diplomats, a day after Prague announced it was expelling 18 Russian diplomats identified as secret agents of the SVR and GRU security services.

Czech authorities accused them of involvement in a deadly 2014 explosion on its soil at a military ammunition warehouse that killed two people.

Czech police said they were seeking two Russians in connection with the explosion and that the pair carried passports used by suspects in the poisoning of former Russian double agent Sergei Skripal in Britain in 2018.