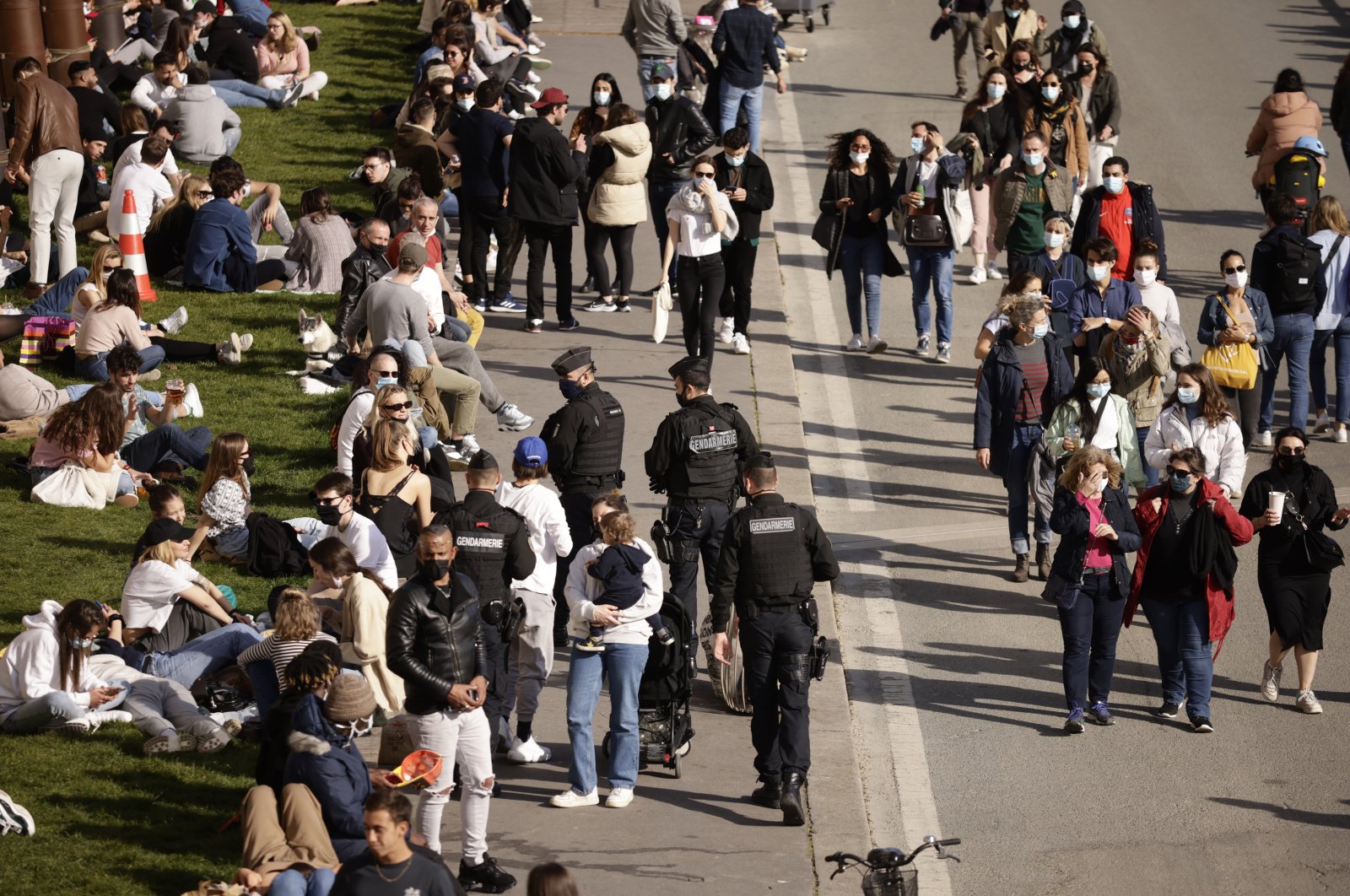 As France faces an unprecedented challenge amid a new coronavirus surge in the country that many believe was avoidable, the French government imposed a new limited lockdown starting Saturday which will last four weeks, wherein schools, colleges and non-essential shops will remain shut.

With France now Europe’s latest virus danger zone, French President Emmanuel Macron on Wednesday ordered temporary school closures nationwide and new travel restrictions. But he resisted calls for a strict lockdown, instead sticking broadly to his strategy, a "third way” between freedom and confinement meant to keep both infections and a restless populace under control until mass vaccinations take over.

The government refuses to acknowledge failure and blames delayed vaccine deliveries and a disobedient public for soaring infections and saturated hospitals. Macron’s critics blame arrogance at the highest levels.

"We had families where we had the mother and her son die at the same time in two different ICU rooms here. It’s unbearable.”

The hospital’s doctors watched as the variant ravaging Britain jumped the Channel and forged south across France. Just as in Britain, the variant is now driving ever-younger, ever-healthier patients into French emergency rooms and intensive care units (ICUs).

Intensive care nurse Stephanie Sannier told The Associated Press (AP) that she manages her stress and sorrow by climbing into her car after a 12-hour shift, blasting music and singing as loud as she can. "It allows me to breathe,” she says, "and to cry.”

People with COVID-19 occupy all the beds in her ICU ward in Macron’s hometown hospital in the medieval northern city of Amiens. Three have died in the past three days. The vast medical complex is turning away critically ill patients from smaller towns nearby for lack of space. Amiens medics did their best to prepare, bringing in reinforcements and setting up a temporary ICU in a pediatric wing.

After Britain’s death toll shot higher in January, after new variants slammed European countries from the Czech Republic to Portugal, France continued vaunting its "third way.” French scientists’ projections – including from the government’s own virus advisory body – predicted trouble ahead.

Charts from the national research institute Inserm in January and again in February forecast climbing virus hospitalization rates in March or April. Worried doctors urged preventative measures beyond those that were already in place – a 6 p.m. nationwide curfew and the closure of all restaurants and many businesses.

Week after week, the government refused to impose a new lockdown, citing France’s stable infection and hospitalization rates, and hoping that they would stay that way. Ministers stressed the importance of keeping the economy afloat and protecting the mental health of a populace worn down by a year of uncertainty. A relieved public granted Macron a boost in the polls. But the virus wasn’t finished.

The nationwide infection rate has now doubled over the past three weeks, and Paris hospitals are bracing for what could be their worst battle yet, with ICU overcrowding forecast to surpass what happened when the pandemic first crashed over Europe.

While other European countries imposed their third lockdowns in recent months, Macron said that by refusing to do so in France, "we gained precious days of liberty and weeks of schooling for our children, and we allowed hundreds of thousands of workers to keep their heads above water.”

At the same time, France has lost another 30,000 lives to the virus this year. It has also reported more virus infections overall than any country in Europe, and it has one of the world’s highest death tolls – 95,640 lives lost.

Macron's refusal to order a lockdown frustrates people like Sarah Amhah, visiting her 67-year-old mother in the Amiens ICU.

"They’ve managed this badly all along,” she said, recalling government missteps a year ago around masks and tests and decrying logistical challenges around getting a vaccine for elderly relatives. While she's still proud of France's world-renowned health care system, she's ashamed of her government. "How can we trust them?”

Pollsters note growing public frustration in recent days with the government’s hesitancy to crackdown and the potential impact of Macron’s current decisions on next year’s presidential campaign landscape.

Macron last week defended his decision not to confine the country Jan. 29, a moment epidemiologists say could have been a turning point in France’s battle to prevent surge No. 3.

"There won’t be a mea culpa from me. I don’t have remorse and won’t acknowledge failure," he said.

Instead of emulating European neighbors whose strategies are bringing infections down – like Britain, which is now starting to open up after a firm three-month lockdown – French government officials dodge questions about the growing death toll by comparing their country to places where the situation is even worse.

The country's health minister said Wednesday France could hit the peak of the third wave of the COVID-19 pandemic in seven to 10 days.

"We could reach a peak of the epidemic in seven to 10 days if all goes according to plan," Olivier Veran told France Inter radio. said. "Then we need two extra weeks to reach a peak in intensive care units (ICUs) that could occur at the end of April."

France's Prime Minister Jean Castex led a parliamentary debate on the new nationwide measures as the National Assembly, France’s lower house, prepared to vote on them Thursday. Castex told lawmakers that the government has acted "consistently and pragmatically.”

Opposition parties were expected to boycott the vote. Jean-Luc Mélenchon of the leftist La France Insoumise party denounced it as a "bad April Fools” prank. While French schools are temporarily closed, Castex confirmed aid for families with children who rely on free school meals.

While the world is looking towards vaccines to break the cycle of infections and restrictions, the World Health Organization (WHO) slammed Europe's "unacceptably slow" vaccine rollout and said the region's surge in coronavirus infections was "worrying."

"Vaccines present our best way out of this pandemic ... However, the rollout of these vaccines is unacceptably slow" and is "prolonging the pandemic," WHO director for Europe Hans Kluge said in a statement Thursday, according to Agence France-Presse (AFP). "We must speed up the process by ramping up manufacturing, reducing barriers to administering vaccines, and using every single vial we have in stock, now," he added.

Only 10% of the region's population have received one vaccine dose, and 4% have completed a full course, Hans Kluge said. The organization said that Europe's virus situation was "more worrying than we have seen in several months."

Five weeks ago, the weekly number of new cases in Europe had dipped to under one million, but "last week saw the increasing transmission of COVID-19 in the majority of countries in the WHO European region, with 1.6 million new cases," it said.

The WHO's European region comprises 53 countries and territories and includes Russia and several Central Asian nations. The organization warned that the rapid spread of the virus could increase the risk of new variants of concern developing.

"The likelihood of new variants of concern occurring increases with the rate at which the virus is replicating and spreading, so curbing transmission through basic disease control actions is crucial," Dorit Nitzan, WHO Europe's regional emergency director, said in the statement.