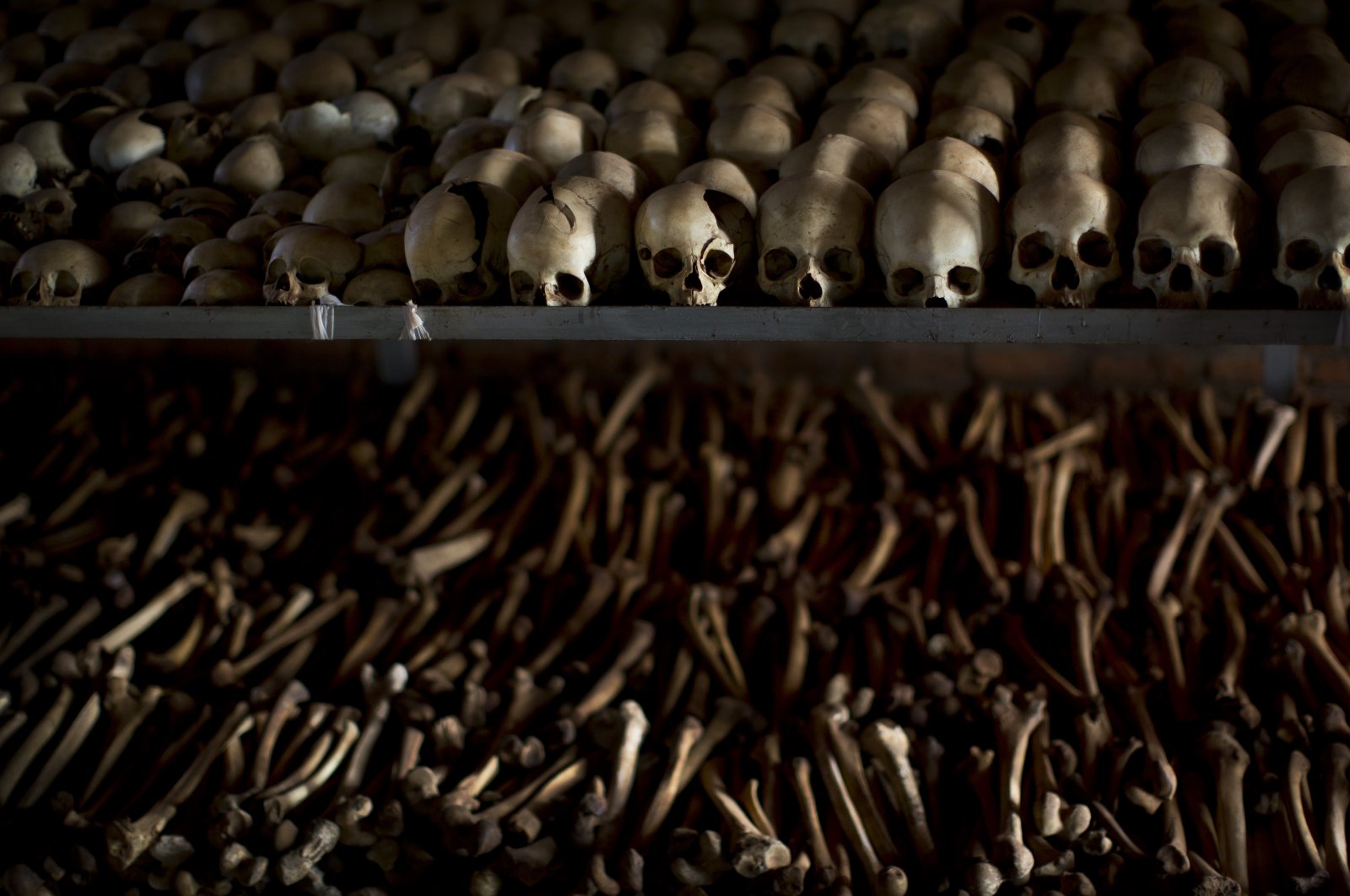 The skulls and bones of some of those who were slaughtered are laid out as a memorial to the thousands who were killed in and around the Catholic church during the 1994 genocide in Ntarama, Rwanda, April 4, 2014. (AP Photo)
by Agencies May 03, 2021 2:26 pm
RECOMMENDED

The French prosecutor's department said Monday that there were no grounds to pursue legal claims that France bore responsibility for enabling the 1994 genocide in Rwanda.

France's top prosecutor, Remy Heitz, said in a statement that investigations carried out by French authorities could not prove any complicity by French troops in the killings which were orchestrated by the Hutu-led government.

The final decision over whether to press ahead with the case rests with the investigating magistrates, who are now highly likely to drop the case unless any further investigation is ordered, said a source, asking not to be named.

Between April and July 1994, some 800,000 people were killed, most from the ethnic Tutsi minority but also some moderate Hutus.

Ever since the genocide, critics of France's role have said that then French President Francois Mitterrand failed to prevent the massacres or even supported the Hutu-led government.

Rwanda last month published a report in which it said that France was aware that genocide was being prepared ahead of the killings. The report, commissioned by the Rwandan government, said France bore "significant" responsibility for "enabling a foreseeable genocide."

A report prepared by a group of French historians and published in March also said France bore "heavy and overwhelming responsibilities" for the genocide.

After the French report was published, France has opened its archives on the 1994 Rwandan genocide. The order came on the 27th anniversary of the start of the slaughter. The archives concern the work of Mitterrand and his Prime Minister Edouard Balladur between 1990 and 1994 when the genocide began, according to a statement issued in France's official journal which publishes government decrees.