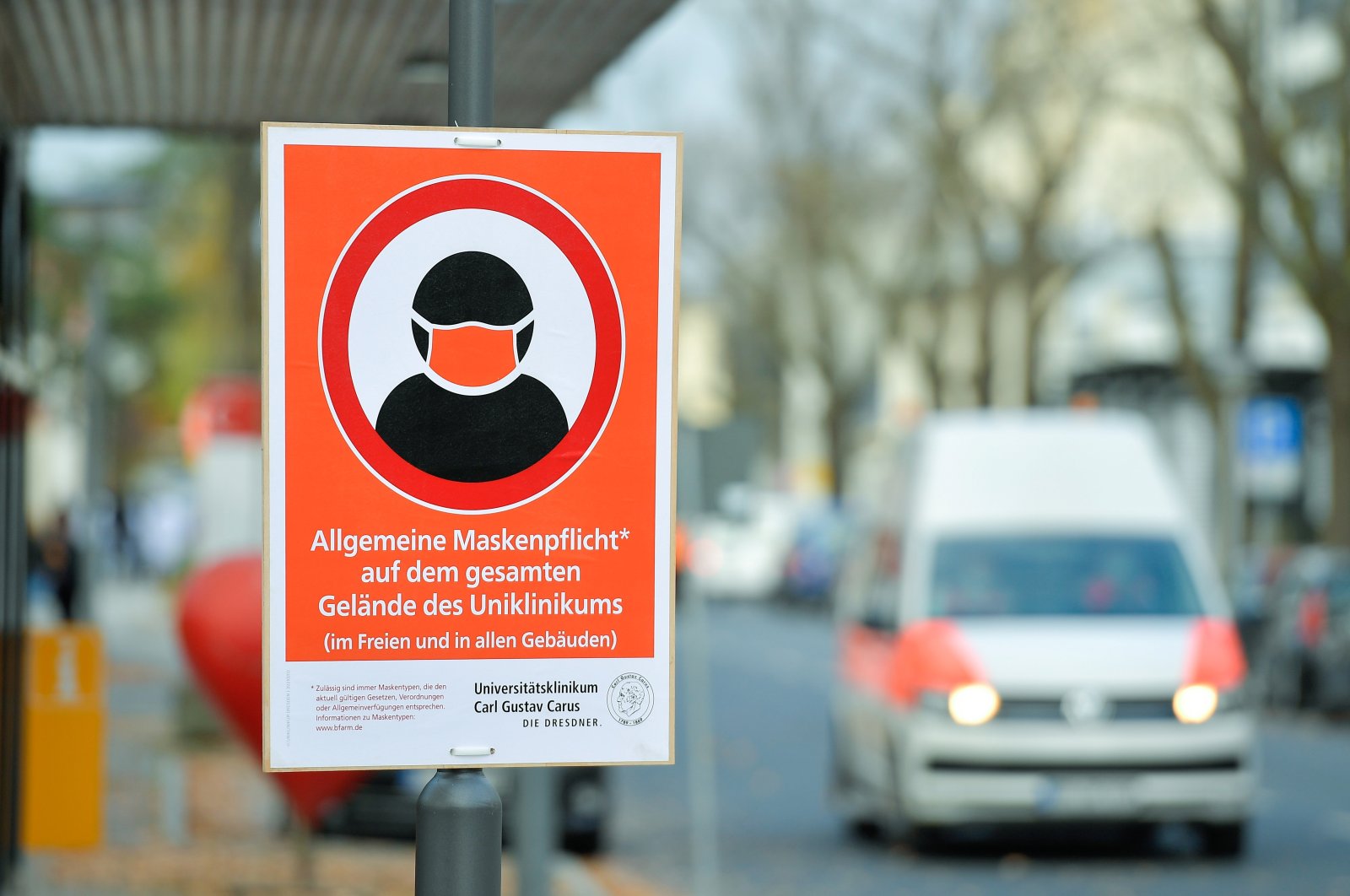 A placard that reads "Mandatory use of masks in the whole area inside and outside the buildings" is seen in the University Hospital in Dresden, Germany, Nov. 8, 2021. (Reuters Photo)
by REUTERS Nov 13, 2021 10:49 pm
RECOMMENDED

The number of people per 100,000 infected last week rose to 277.4, data from the Robert Koch Institute showed on Saturday, and has risen to over 500 in some regions of the country.

The federal government and leaders of Germany's 16 states are due to discuss new pandemic measures next week, but the three parties negotiating to form a new government have agreed to let a state of emergency, in place since the start of the pandemic, expire on Nov. 25 as planned.

But state health ministers of Baden-Wuerttemberg, Hessen and Brandenburg argued that states needed to keep the option open of implementing policies that required a state of emergency to enforce – such as curfews, lockdowns or school closures – if the situation worsened.

"In the face of the burden on hospitals, which in some regions are close to absolute overload, the epidemic status should be prolonged on a national level," the three health ministers said in a joint statement on Saturday.

German Chancellor Angela Merkel urged unvaccinated people to reconsider their decision in a video message on Saturday morning. She also called for stronger enforcement of rules requiring a negative test, vaccination or proof of recovery before entering closed spaces, and faster rollout of booster vaccines.

"Difficult weeks lie ahead of us, and you can see that I am very worried," Merkel said, speaking in her weekly video podcast. "I urgently ask everyone who has not yet been vaccinated: please reconsider."

The German army is preparing to mobilize 12,000 soldiers by Christmas to assist overrun healthcare services, Spiegel newspaper reported, and will provide booster vaccinations and tests in care homes and hospitals.

So far, 630 soldiers have been deployed, Spiegel reported. The army was not immediately available for comment.

Europe has become the epicenter of the pandemic again, prompting some governments to consider re-imposing unpopular lockdowns.