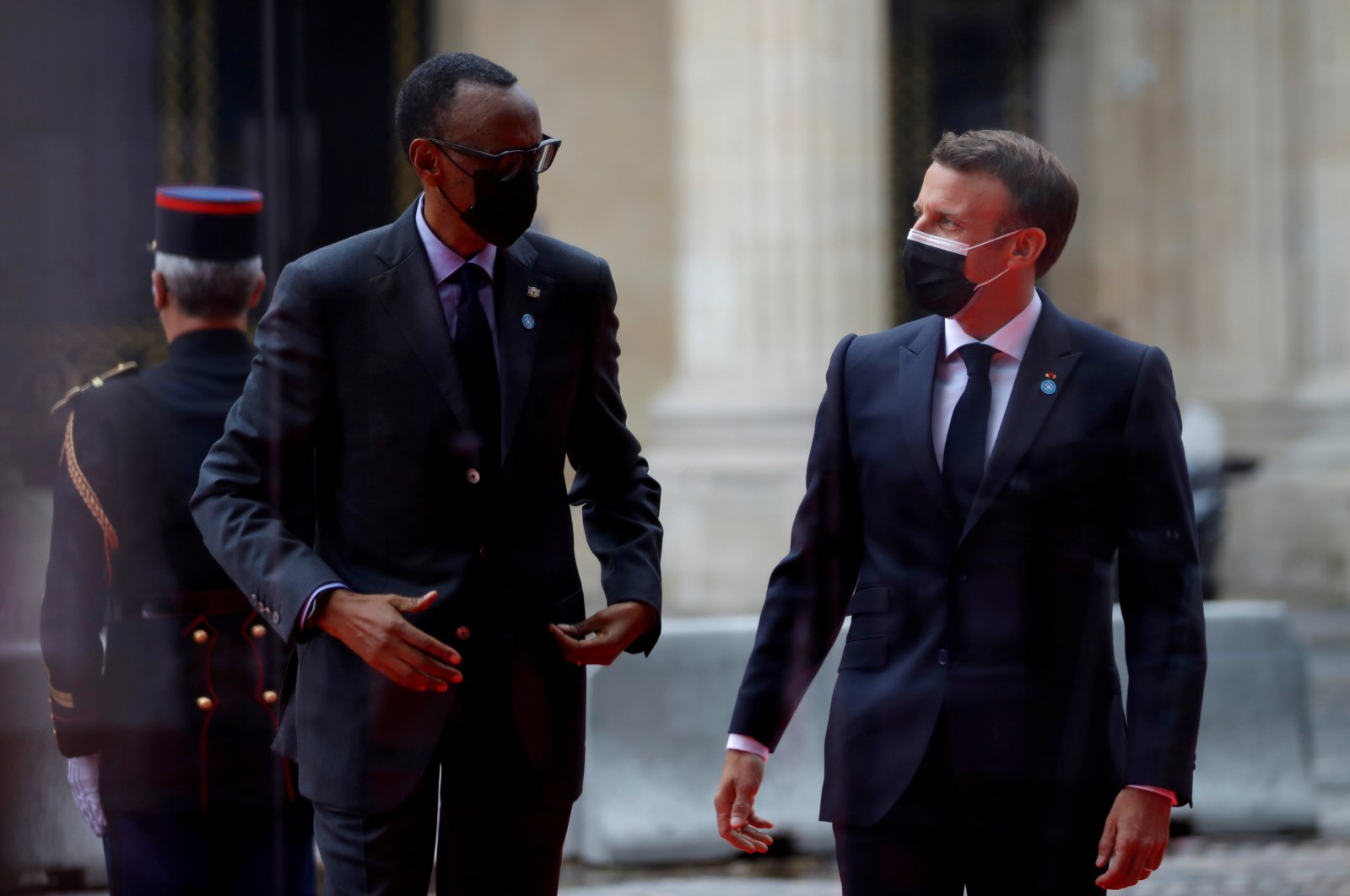 French President Emmanuel Macron welcomes Rwanda's President Paul Kagame as he arrives to attend the International Conference in support of Sudan at the Temporary Grand Palais in Paris, France, May 17, 2021. (Reuters Photo)
by French Press Agency - AFP May 25, 2021 5:20 pm
RECOMMENDED

Two of Rwanda's highest-profile opposition leaders accused French President Emmanuel Macron on Tuesday of ignoring political repression and rights abuses in their country ahead of his historic trip to Kigali.

Macron will arrive in Rwanda on Thursday and meet with his counterpart Paul Kagame, a former rebel leader who has ruled the east African country since the end of the genocide in 1994.

It will be the first visit by a French leader since 2010, and represents a step in the diplomatic thaw between two countries long at odds over France's role in the killing of some 800,000 Rwandans. But his visit has been described as "an insult" by government critics Victoire Ingabire and Bernard Ntaganda, who have spent time in exile and jail and whose political parties are banned in Rwanda.

Kagame, the head of Rwanda's ruling Rwanda Patriotic Front (RPF), has been accused by critics of crushing opponents and ruling by fear. Ingabire returned from exile in 2010 to run against Kagame, but was arrested and jailed for eight years on terrorism charges, a term later extended to 15 years. She was released by presidential pardon in 2018.

Ntaganda – who also sought to challenge Kagame in 2010 – was jailed for four years for stoking ethnic divisions. Human Rights Watch (HRW) described the charges against the pair as politically motivated.

"It is clear that today President Emmanuel Macron no longer discusses subjects that anger the RPF, which rules with an iron hand," said Ingabire and Ntaganda.

Macron said his visit would "write a new page in relations" with Rwanda, and follows the release of a landmark report that concluded France was "blind" to preparations for the genocide and bore overwhelming responsibilities for the killings.

Kagame, who in the past has accused France of participating in the genocide, has said he accepted the findings of the report, and that both countries had a "good basis" to restore ties.