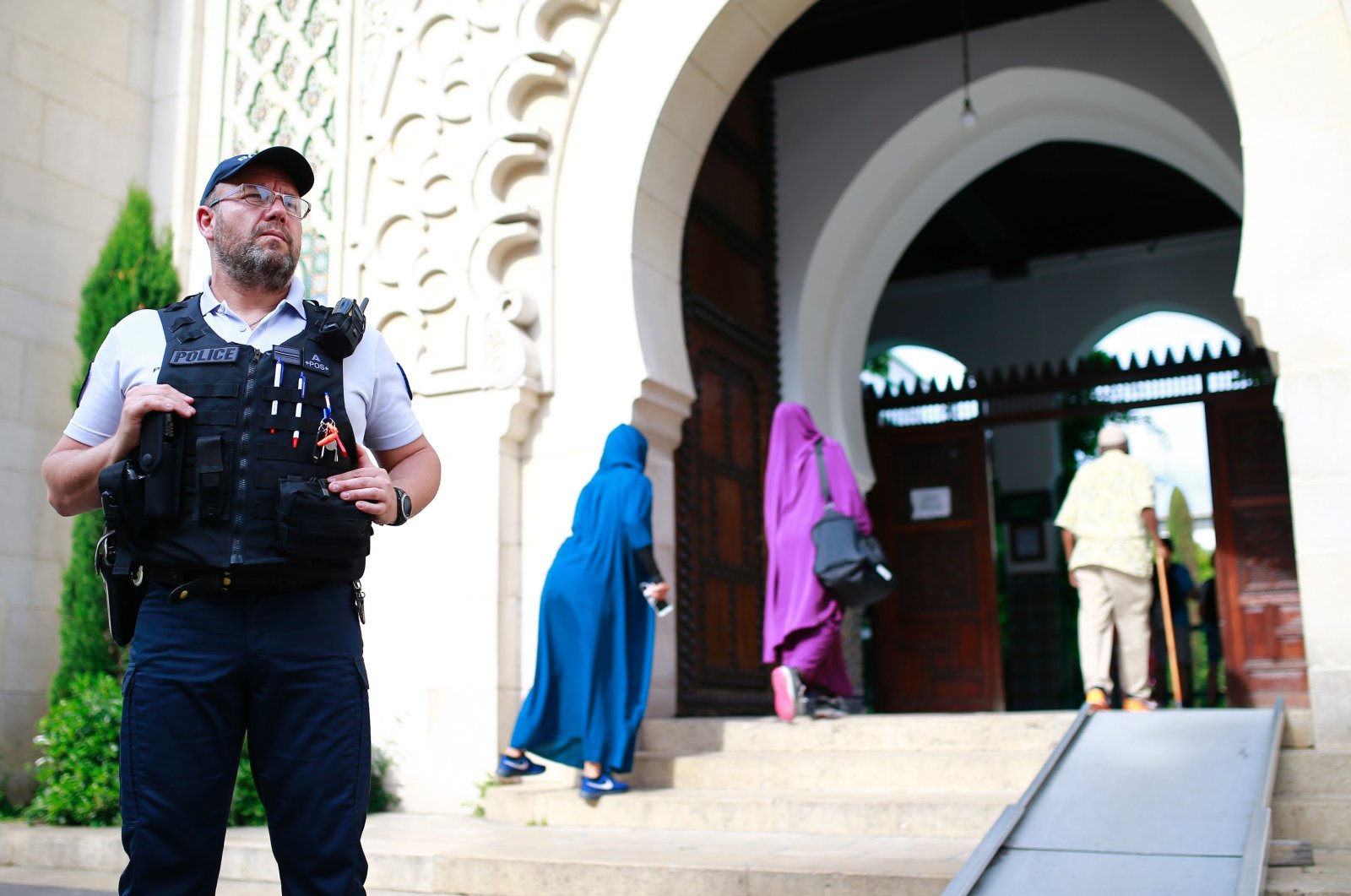 Three mosques were targeted in the latest series of Islamophobic attacks in France, this time taking place in the cities of Montlebon, Pontarlier and Roubaix late Saturday.

The attackers had scrawled crosses and anti-Islam writings on the walls of the mosques, which are operated by the Turkish-Islamic Union for Religious Affairs (DITIB) in France.

"We condemn the heinous attack on our mosques," DITIB said in a statement. The statement added that recovery efforts have already been launched to restore the mosques and that they will follow up with the case.

"We thank the security forces and the French authorities for their cooperation and the French people for their support. We call for unity against actions that will harm the peace of the country and the consciousness of living together, and we invite you to be prudent against such provocative events," the statement also said.

Anti-Muslim hatred has risen significantly in Europe in recent years. Far-right extremism and xenophobia have fueled Islamophobia in Western countries, where terrorist attacks by Daesh and al-Qaida as well as a migrant crisis are used as excuses to legitimize those views.

France, home to the largest Muslim minority in Europe – estimated at 5 million or more out of a population of 67 million – has seen some of its highest officials stoke the flames of Islamophobia. Critics denounced France President Emmanuel Macron for trying to galvanize far-right citizens to vote for him in the 2022 April presidential elections.

Macron's anti-Muslim rhetoric sparked a wave of anti-Muslim feelings among far-right groups. The number of Islamophobic incidents in France rose sharply last year. According to the National Observatory of Islamophobia, there were 235 attacks on Muslims in France in 2020, up from 154 the previous year, a 53% jump. Most of the attacks took place in the Ile-de-France (greater Paris), Rhones-Alpes and Paca regions of the country. Attacks on mosques jumped 35% in the same year.