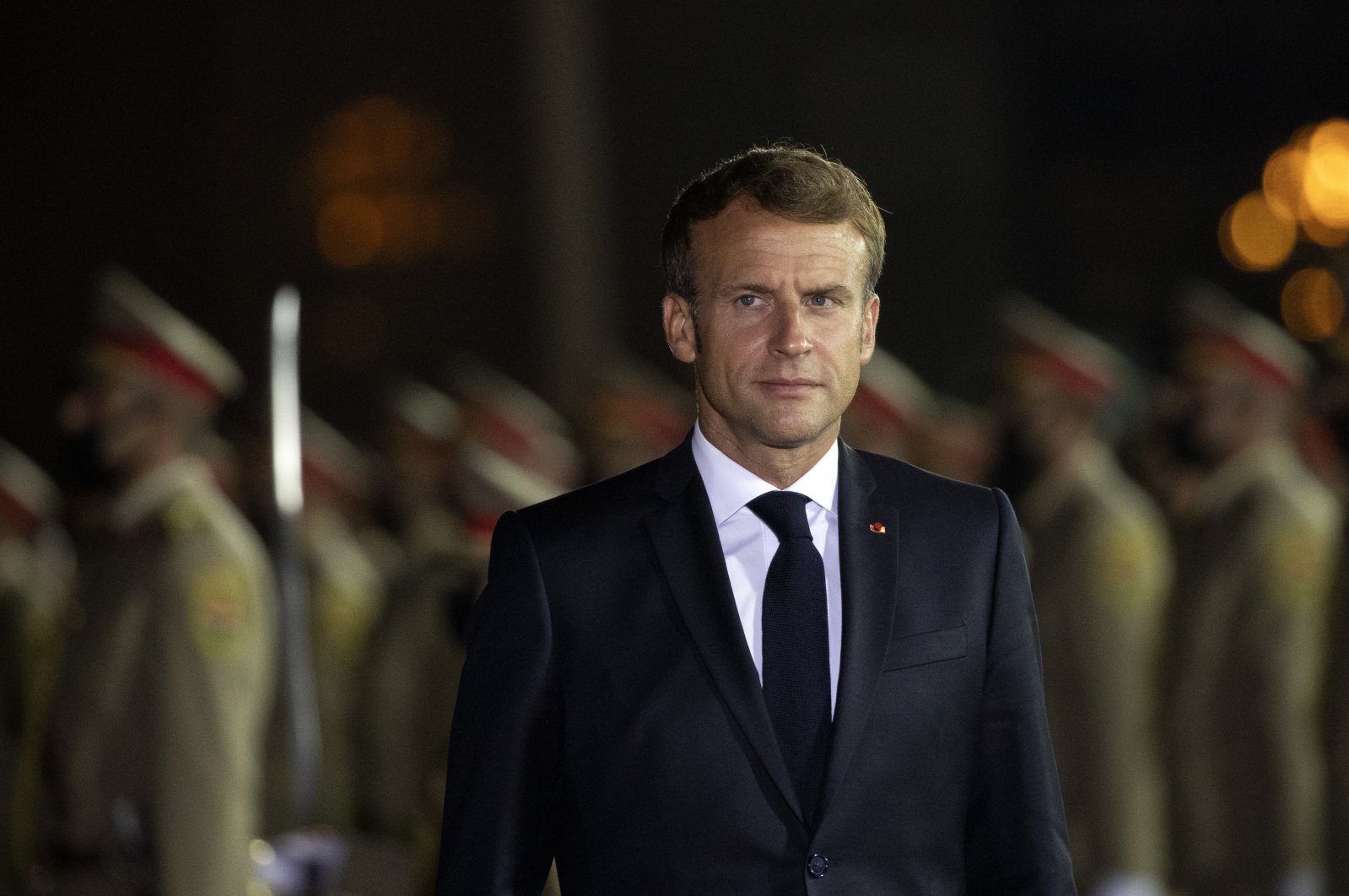 French President Emmanuel Macron once again took heat following his controversial remarks against Muslims around the world as France's leader seemed to link extremism as well as terroristic activities by Daesh, which have been denounced by a majority of Muslim countries, to Islam

French President Emmanuel Macron, who has drawn fire on many occasions for his Islamophobic rhetoric, engaged in the same hate speech once again Saturday in a tweet linking extremism and activities by the Daesh terrorist group to Islam and Muslims.

“Even though we have defeated Daesh's territorial caliphate, the battle against Islamic terrorism is not over,” he said in the tweet that was heavily criticized by Muslims worldwide, among whom terrorist groups such as Daesh have no legitimacy due to the fact that their actions are explicitly prohibited in Islam. “As long as the terrorist groups operate and Iraq asks us to do so, France will remain engaged in Iraq,” Macron vowed.

Muslims argue that the main problem with the expression “Islamic terrorism” is that it implies a tight-knit association with Islam – which is, in fact, a religion that preaches peace and respect to everyone’s lives and properties – and terrorism, which includes many types of actions, all of which are explicitly prohibited by the Islamic faith.

Macron also argued previously that "Islamic separatism" was problematic, and added that, "The problem is (that it is) an ideology that claims its own laws should be superior to those of the republic."

In October of last year, Macron unveiled a new bill that would extend the ban on religious emblems, which notably affects Muslim women who wear headscarves or veils, to private-sector employees providing public services. The state will also have the power to step in where local authorities make unacceptable concessions to Muslims, he said, citing "religious menus" in school canteens or segregated access to swimming pools. The draft law proposes restricting home schooling to avoid having children "indoctrinated" in unregistered schools that allegedly deviated from the national curriculum.

Macron also previously said that he won’t prevent the publishing of insulting cartoons of Prophet Muhammad under the pretext of freedom of expression, a statement that sparked outrage in the Arab and Muslim world. Even though caricatures insulting a prophet are legal in France on freedom of speech grounds, it is illegal to deny the so-called "Armenian genocide," which is not recognized as such by most of the countries in the world.

Macron's anti-Muslim rhetoric has been met with criticism not only across the world but even in his own party. Earlier in May, Macron’s La Republique En Marche (LREM) barred Muslim candidate Sara Zemmahi from running in a local election after she was seen wearing a hijab in a campaign flyer. LREM asserted that the party believes that secular France should not have room for the open display of religious symbols in election campaign documents.

“This woman will not be an en Marche candidate,” the party’s General Secretary Stanislas Guerini told RTL radio.

The flyer depicts Zemmahi wearing a white hijab, a headscarf worn by many Muslim women who consider it part of their religion, standing next to three other people. “Different, but united for you,” says the flyer in reference to diversity.

Jordan Bardella, No. 2 in Marine Le Pen's far-right Rassemblement National party, condemned the LREM, posting a flyer on Twitter with the message: “Is this how you fight separatism?” Guerini delivered an immediate response, saying that the flyer must be taken down or Zemmahi would lose the party's support.

“Undignified. Running after (far-right) votes will only allow their ideas to prevail. Enough is enough,” tweeted LREM lawmaker Caroline Janvier.

Human rights group Amnesty International said in March that the new regulations "would be a serious attack on rights and freedoms in France."