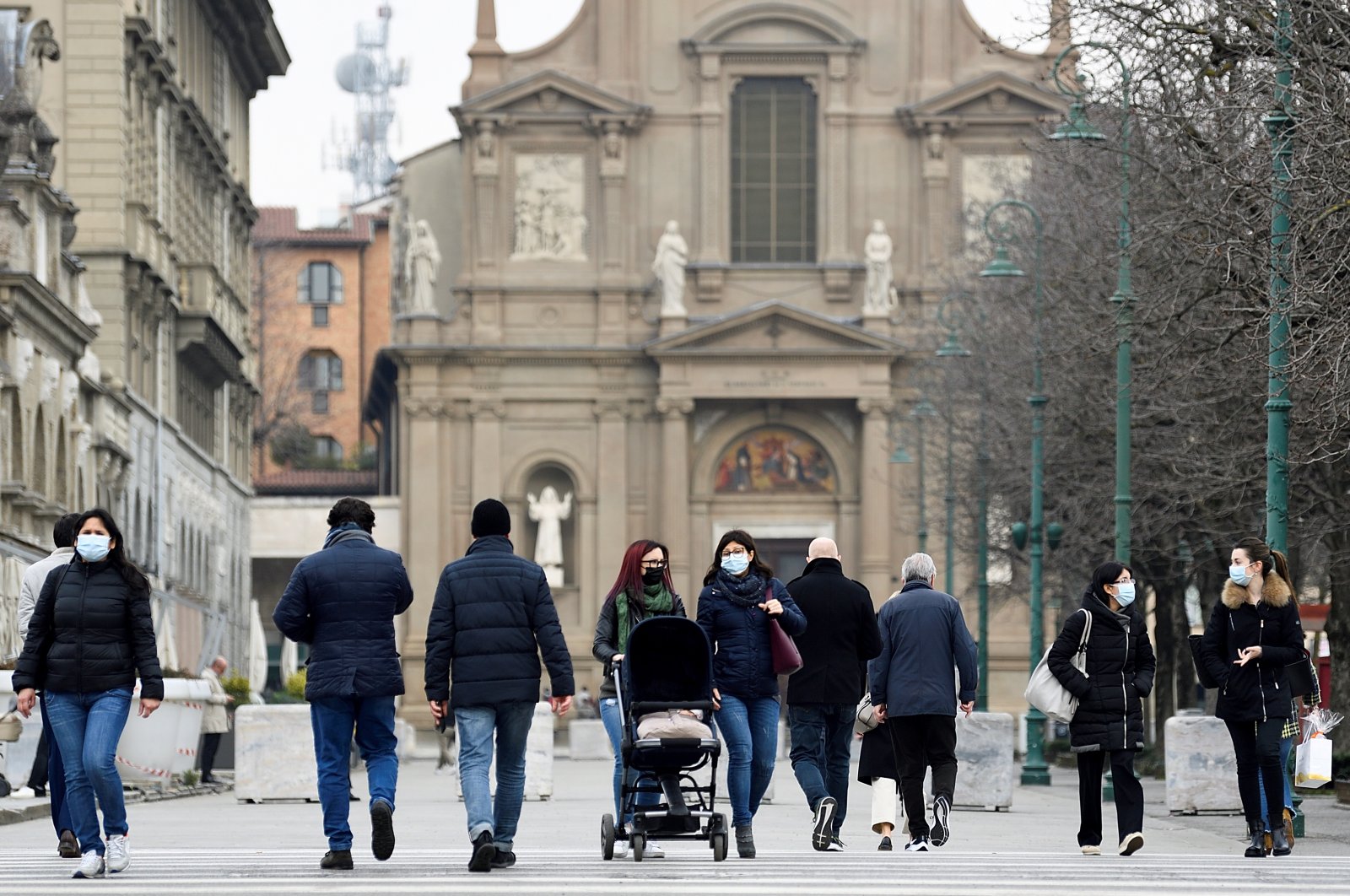 People walk on a street a year after the peak of Italy's coronavirus outbreak, in Bergamo, the country's epicenter, Italy, March 3, 2021. (Reuters Photo)
by REUTERS Jun 22, 2021 1:15 pm
RECOMMENDED

Mandatory masks were imposed in October last year, when the country was entering a second wave of the epidemic and authorities were struggling to curb surging infections. Mario Draghi's government has been steadily lifting restrictions since April, opening activities such as restaurants, bars, cinemas and gyms and allowing freedom of movement around the country.

The wearing of masks was one of the last rules to remain in place, and it will still be required in indoor public areas. The decision will be effective from next Monday when the whole nation is expected to be a COVID-19 white zone, the lowest risk level in Italy's four-tier color-coded system to calibrate curbs in its 20 regions.

Nineteen of the regions are already white, the exception being the tiny northern area of Valle d'Aosta which is yellow, denoting the second-lowest risk level.

"From June 28 we will leave behind the need to wear masks outside in white zones," Health Minister Roberto Speranza posted on Facebook after receiving advice from the government's board of experts. Italians should still carry a mask with them when they leave home and be ready to wear it outdoors if there is a crowd.

The announcement follows similar decisions in other European states such as France and Spain, although worries remain in Europe over the spread of the new, highly contagious delta variant.

Some 26% of Italians have been fully vaccinated against COVID-19, while around 52% have received at least one shot, figures broadly in line with other large European Union countries. Cases are at their lowest level in 2021 and pressure on hospitals is easing steadily.