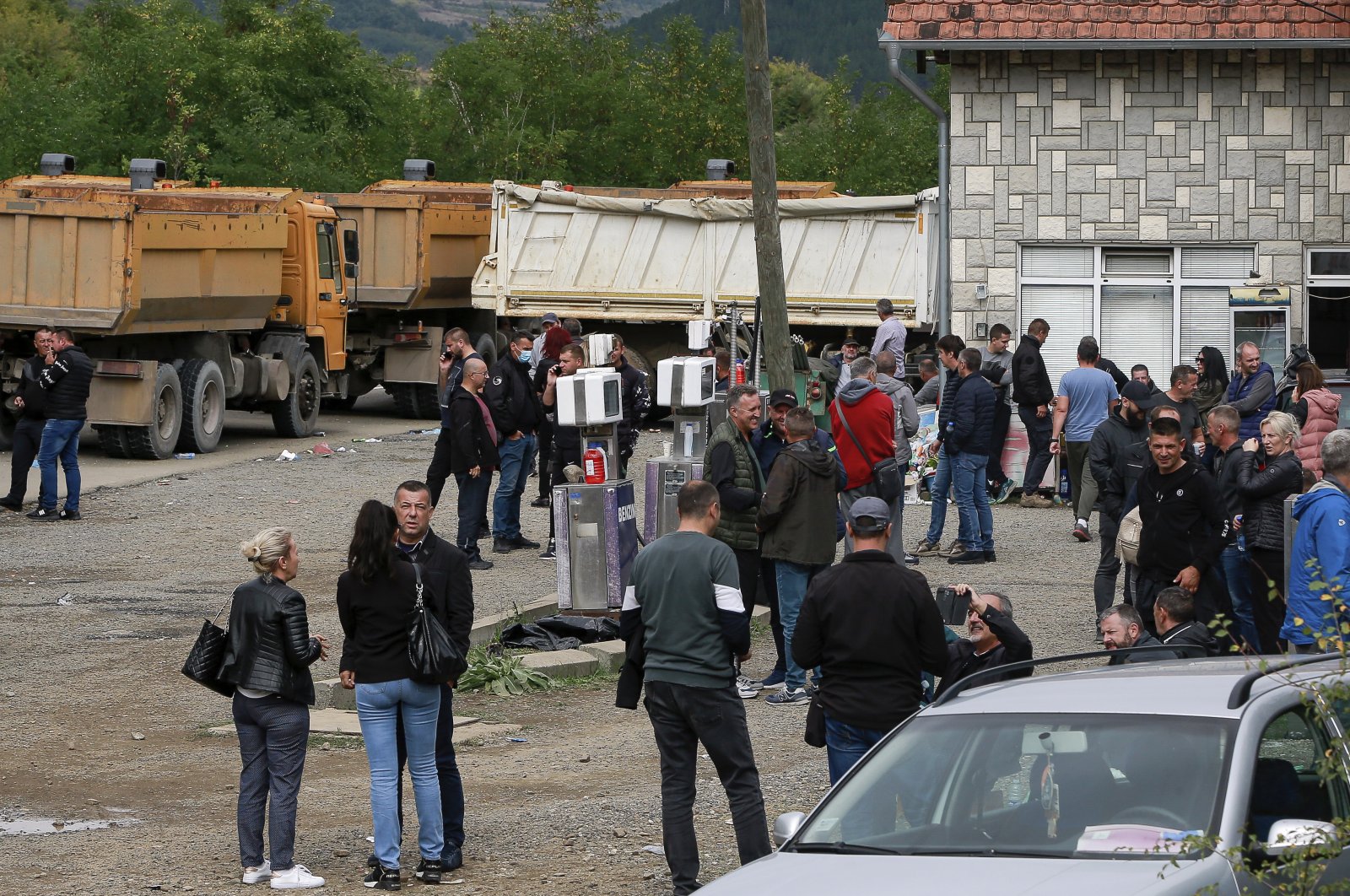 Serbs in the north of Kosovo have blocked roads near border crossings with Serbia since Monday after authorities barred cars with Serbian license plates from coming into Kosovo.

Kosovo police are forcing all drivers from Serbia to remove or hide their car plates and use temporary printed registration details that are valid for 60 days.

Serbia, which lost control over Albanian-majority Kosovo after the 1999 NATO bombing campaign, refuses to recognize the independence of its former province and has not allowed Kosovo license plates on its territory since 2008.

Kurti said both Pristina and Belgrade should start recognizing each other's plates.

"Our public offer is very practical and generous and let’s both Kosovo and Serbia remove temporary plates in order to allow the citizens to move freely and with as little delay as possible,” Kurti said in a government session.

There was no immediate reaction from Belgrade to Kurti's proposal.

The two countries in 2013 committed to an EU-sponsored dialogue to resolve outstanding issues but little progress has been made. Both the United States and the European Union have called Pristina and Belgrade to ease tensions and find a compromise.

Around 50,000 Serbs who live in the north of Kosovo, which borders Serbia, refuse to recognize Pristina's authority.

More than 13,000 people are believed to have died during the 1998-99 war in Kosovo when the southern province was still part of Serbia under the rule of late Yugoslav President Slobodan Milosevic.

The fighting ended after NATO airstrikes against Milosevic's forces, and Kosovo is now an independent country.

Kosovo’s independence is recognized by some 110 countries including the United States, Britain and most Western countries, but not by Russia, Serbia's traditional ally, and five EU member states.

Kosovo’s north has witnessed many ethnic clashes since the end of the war.