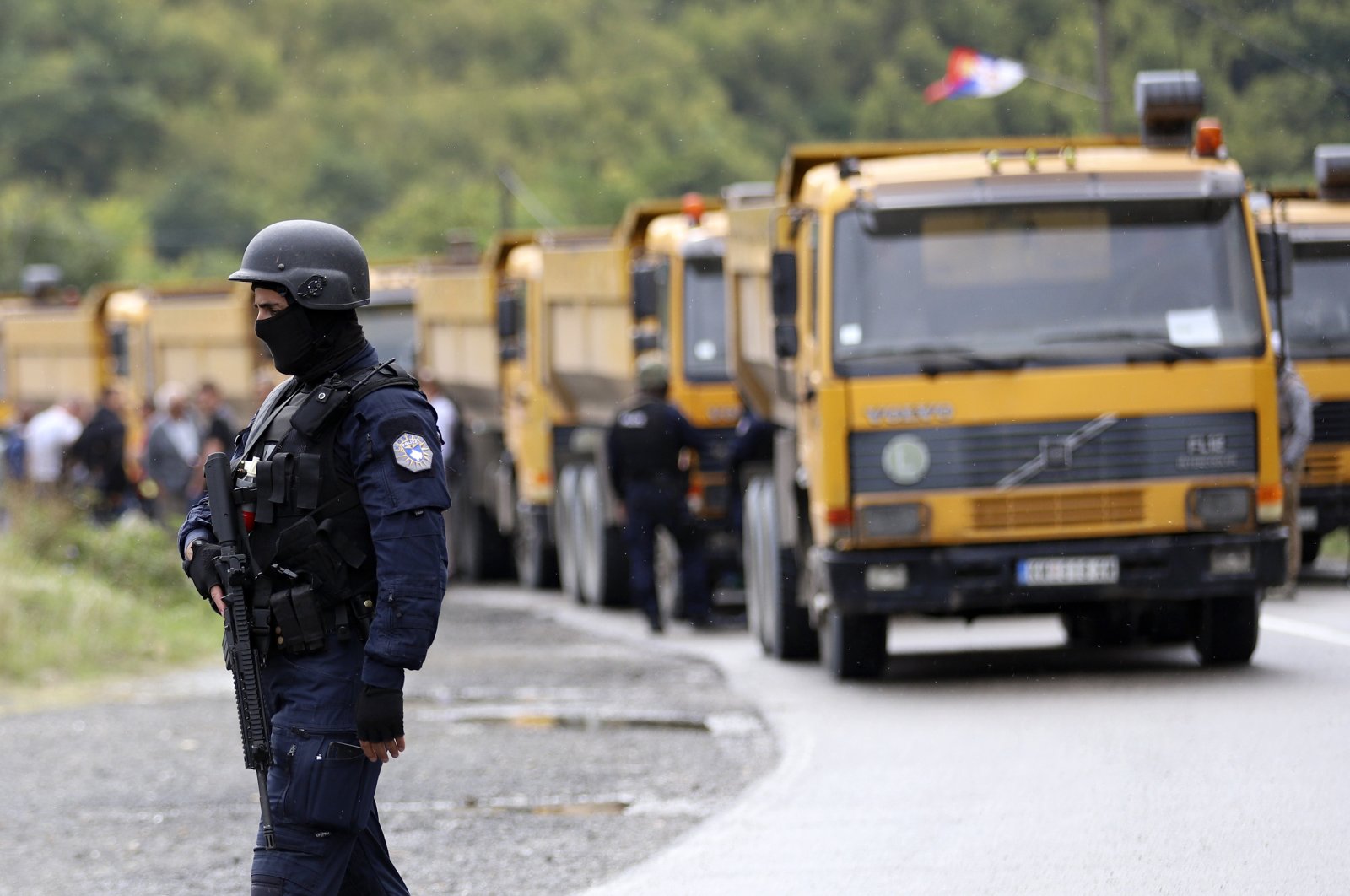 Hundreds of Serbs in northern Kosovo blocked the roads near the border with Serbia Monday as authorities barred cars with Serbian license plates from coming into Kosovo.

Kosovo police are forcing all drivers from Serbia to remove or hide their car plates and use temporary printed registration details that are valid for 60 days and cost 5 euros ($5.86).

Serbia, which lost control of Kosovo in 1999 after NATO bombing, does not recognize Kosovo and has not been allowing cars with Kosovo license plates to enter the country.

Around 50,000 Serbs who live in the north of Kosovo, which borders Serbia, refuse to recognize Pristina's authorities and as the restrictions came in on Monday, dozens of cars and trucks blocked the roads in protest.

Kosovo police deployed in riot gear as the blockades built up.

Kosovo’s Prime Minister Albin Kurti said the move was not taken to harm drivers but was a reciprocal measure against Belgrade.

"Today there is nothing illegal or discriminatory,” Kurti said in parliament. "Just as yesterday, today and tomorrow, Serb citizens will move freely and safely.”

"When you are dealing with people who are not responsible... it is difficult to find a solution," Vucic told journalists.

Serbia and Kosovo, a country of 1.8 million people with an Albanian majority, began EU-mediated talks in 2013 to resolve outstanding issues, but little progress has been made.

Kosovo’s independence is recognized by some 110 countries such as the United States, Britain and most Western countries, but not by Russia Serbia's traditional ally and five EU member states.