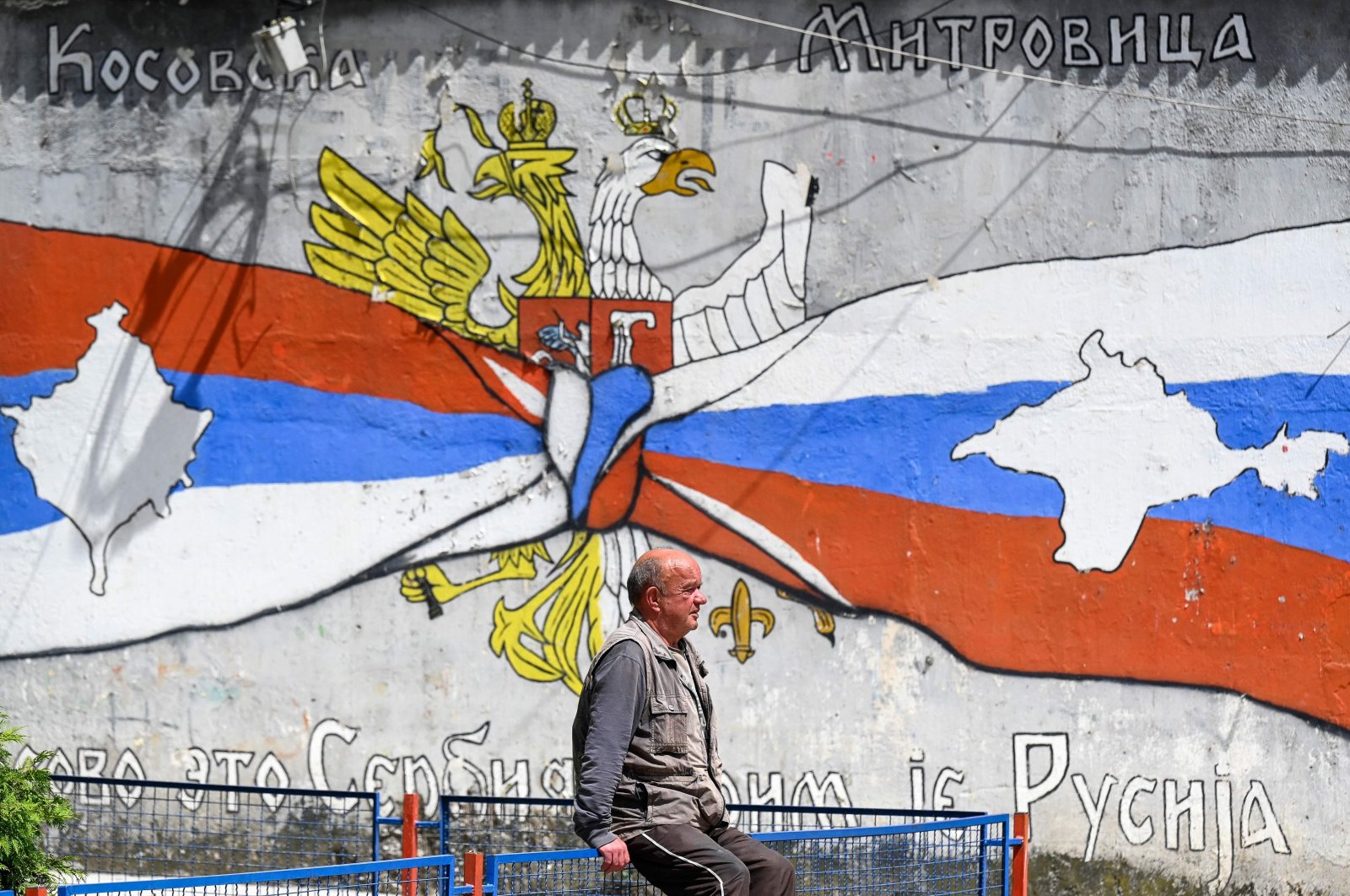 A Kosovo Serb man walks next to a graffiti showing the map of Kosovo in a Serbian flag, on a street in the majority ethnic-Serb northern part of the city of Mitrovica, Kosovo, June 15, 2021. (Photo by Armend Niamani / AFP)
by ASSOCIATED PRESS Jun 15, 2021 3:58 pm
RECOMMENDED

The leaders of Serbia and Kosovo resumed European Union-brokered negotiations Tuesday aimed at resolving a long-lasting dispute that remains a source of tensions in the volatile Balkans.

But the meeting in Brussels between Serbia's President Aleksandar Vucic and Kosovo's new Prime Minister Albin Kurti appeared to produce little progress in the negotiations that first started in 2011 and have been stalled since last year.

"It was not an easy meeting, but it was important that it happened,” said the EU's special envoy for the talks, Miroslav Lajcak. "What is important for the EU is that both leaders confirmed that there is no other way forward but to normalize relations between Kosovo and Serbia.”

Both countries have been told that they cannot hope to move forward in their efforts to join the EU before resolving the decadeslong rift that exploded in a conflict in 1998-99, leaving more than 10,000 people dead and triggering a NATO intervention.

Kosovo, formerly a province of Serbia, declared independence in 2008 but Belgrade has refused to accept that. While Kosovo has been recognized by the United States and most EU nations, Belgrade has relied on support from Russia and China in its bid to retain claim on the territory. Both Vucic and Kurti criticized each other's positions in separate statements after Tuesday's meeting.

Vucic said Kosovo "wanted to hear when we will recognize independent Kosovo ... and I said never." He complained that Kosovo's approach "had nothing to do with reality and responsibility."

Kurti said on Facebook that he has proposed a joint Kosovo-Serbia peace statement in which "we commit as states that will not attack each other and thus impact on peace and security in the region.” The other side proposed only "old ideas,” he said.

"We expressed our readiness for a constructive dialogue on reciprocal recognition,” Kurti wrote. Since the start of the EU-brokered negotiations, delegations from Belgrade and Pristina have agreed on a number of issues, tackling everyday problems such as free travel or trade.

But they remained far apart on Kosovo’s independence. Lajcak said talks will continue by the end of July.

He insisted that "the EU, as well as the citizens of Kosovo and Serbia, have high expectations from the two leaders to overcome the legacy of the past and steer Kosovo and Serbia to their common European future by being able to normalize relations between them in a comprehensive way.”

European Commission Vice-President Josep Borrell earlier urged the leaders of the rival Balkan nations to "seize the opportunity” of a "new momentum” and move forward in the negotiations that have been stalled since last year.