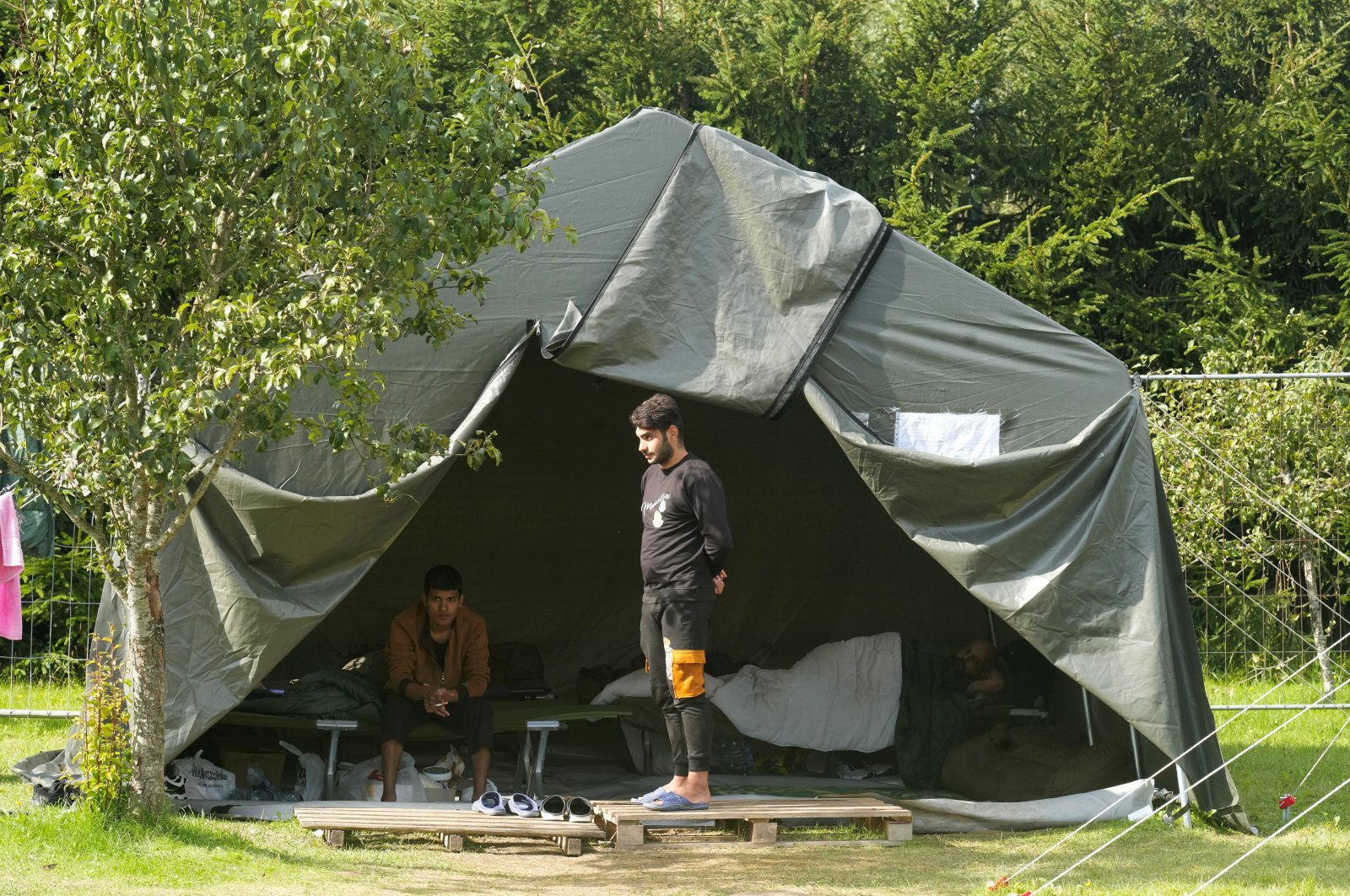 Lithuania and neighboring EU states Poland and Latvia have reported an increase in the number of migrants, many from Iraq and Afghanistan, trying to cross their borders from Belarus.

Belarusian President Alexander Lukashenko has said he will no longer hold back migrants after the EU imposed sanctions following a disputed presidential election last year and his subsequent crackdown on protesters and dissidents.

"We must send a very clear signal not only to Belarus but to every dictator who would use such instrument against the European Union or any of its members, that not only he fails, but he also gets a strike back," Landsbergis told a news conference in the border town of Medininkai.

"Sanctions are one such answer."

He said his government had presented the EU's External Action Service with a list of Belarusian citizens and companies it holds responsible for the increased migrant arrivals.

The Lithuanian government said Monday it will finish building a 508-kilometer (315-mile) razor-wire-topped fence on its border with Belarus by September 2022, at a cost of up to 152 million euros ($178 million).

Officials from Poland and Latvia later advocated the construction of similar fences along their own borders with the former Soviet republic.

The EU says Belarusian President Alexander Lukashenko is waging "hybrid warfare" with migrants to exert pressure on the bloc.