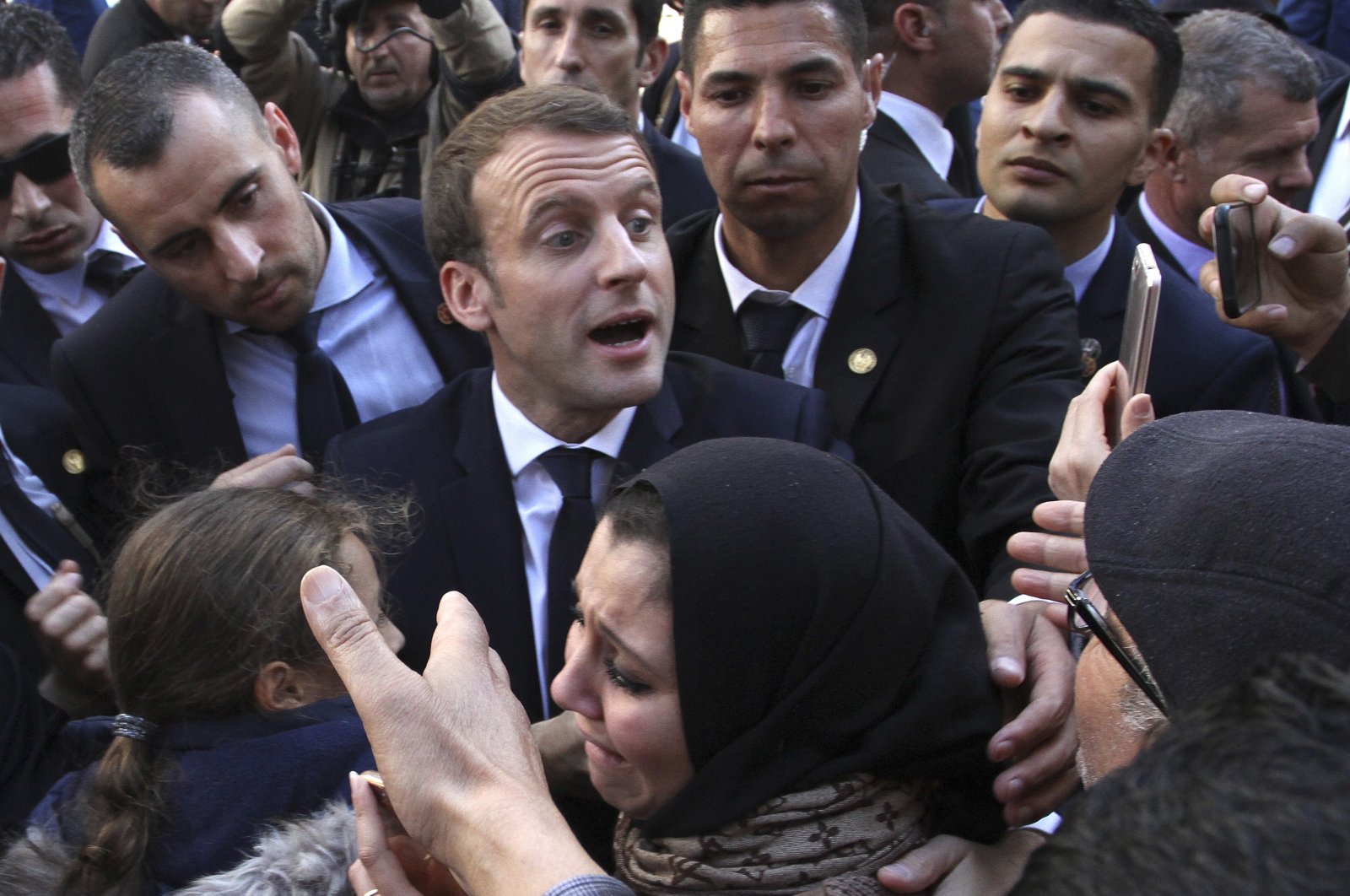 Algeria on Saturday issued a statement that condemned remarks by French President Emmanuel Macron on the colonial past.

The statement by the Algerian Presidency broadcast on state television said, “Macron’s statements constitute an unacceptable attack on the memory of 5.63 million martyrs who made the supreme sacrifice, through courageous resistance against French colonization between 1830-1962".

According to Anadolu Agency (AA) it said the numerous colonial crimes committed by France were a genocide against the Algerian people and noted statements attributed to Macron were not officially denied.

“The countless crimes of colonial France and the genocide against the Algerian people – which is not recognized by France – cannot be the object of offensive maneuvers,” the statement continued.

The Presidency noted that “Algeria categorically rejects any interference in its internal affairs as contained in its statements and President Abdelmedjid Tebboune has decided to immediately recall, for consultation, the Algerian ambassador to France, Mohamed Antar Daoud.”

Macron claimed that “there was a colonization before the French colonization” of Algeria, alluding to the Ottoman presence in the country between 1514 and 1830.

“I am fascinated to see the capacity that Turkey has to make Algeria completely forget the role that it played in the country and the domination that it exerted,” he quipped.

Throughout their 300-years of influence in Algeria, Ottoman Turks greatly shaped the Algerian society and culture. Following decades of French support for Armenian claims and recognition of 1915 events as "genocide," Turkey became more vocal about the French humanitarian record in history, accusing Paris of genocidal acts throughout its colonial rule.

Ankara and Paris are at odds over a number of issues, including Libya and Syria, French backing in initiatives targeting Turkey in the Mediterranean, active French support for Greece and the Greek Cypriot administration, and Macron's policies accused of being Islamophobic.

Echourouk, the Algerian newspaper described Macron’s statements as “provocative”. It underlined that they “put Algerian-French relations back to square one and reveal the extent of the fragility of bilateral relations enameled by several poisoned files”.

“It was notorious in the words of the French president that he was looking for a subcontractor of the Interior to stand up against the Algerian-Turkish rapprochement, which is growing to the detriment of the deteriorated French heritage and this sub-treating can only be the Algerians themselves, a hope which remains a chimera since Algeria knows how to distinguish clearly between friend and enemy and does not wait for advice from anyone,” it said.

The tensions between two countries have also been fueled by Paris' decision to reduce the number of entry visas granted to its Algerians.