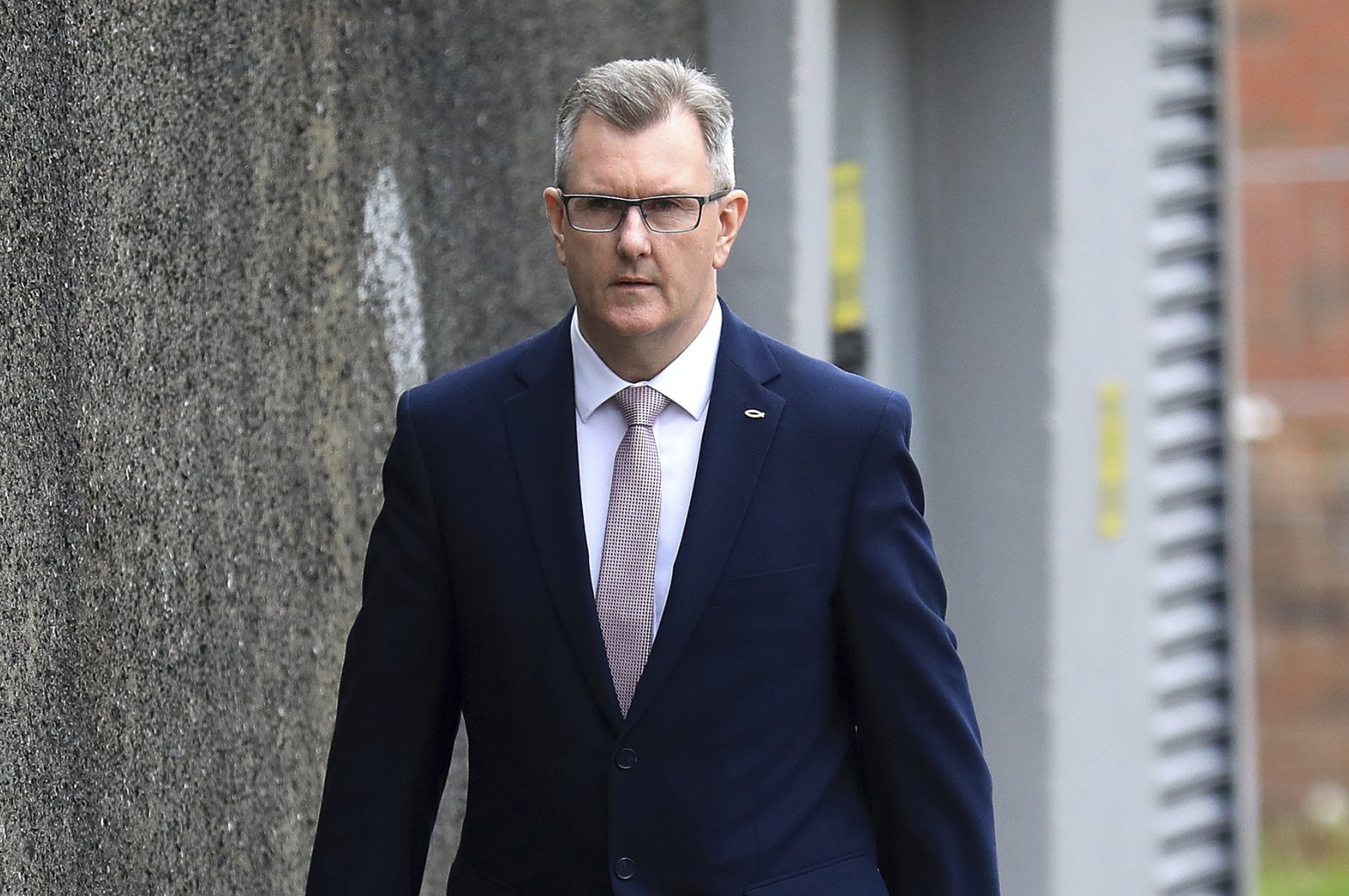 The leader of the Democratic Unionist Party (DUP) in Northern Ireland has signaled his party will collapse the Stormont Executive within weeks if there are no changes to the controversial Northern Ireland Protocol put in place after Britain left the European Union.

The moves are part of an intensification of the DUP’s campaign of opposition to post-Brexit arrangements that have created trading barriers between Great Britain and Northern Ireland. Jeffrey issued the warning on the future of Stormont in a keynote address in Belfast on the same day as European Commission Vice President Maros Sefcovic began a two-day visit to Northern Ireland.

Ahead of any move to pull ministers out of the coalition administration, a step that would bring down the power-sharing institutions, Jeffrey said his party was first seeking to challenge the legality of checks on Great Britain to Northern Ireland trade introduced under the protocol and establish whether their implementation requires the approval of the Stormont Executive.

"In the final analysis those who are democratically elected by the people of Northern Ireland lack the power to prevent such checks, if that is the case, if our ministers cannot, in the end, prevent these checks taking place and if the protocol issues remain then I have to be clear, the position in office of DUP ministers would become untenable,” he said. "If the choice is ultimately between remaining in office or implementing the protocol in its present form then the only option, the only option for any unionist minister, would be to cease to hold such office,” he added.

Jeffrey continued: "Within weeks it will become clear if there is a basis for the Assembly and Executive to continue in this current mandate, and I want that to happen.

"But, equally, we will also need to consider whether there is a need for an Assembly election to refresh our mandate if action is not taken to address and resolve the issues related to the protocol and its impact, its damaging impact on Northern Ireland each and every day.”

The protocol was agreed by the United Kingdom and EU as a way to maintain a free-flowing land border on the island of Ireland. It achieves that by moving many of the checks and processes required on goods to the Irish Sea. Under the arrangements, Northern Ireland remains in the EU single market for goods and continues to apply EU customs rules.

Unionists in Northern Ireland have been vehemently opposed to its terms, which see additional checks on goods arriving to the region from the rest of the U.K. They claim the arrangements have undermined Northern Ireland’s place within the U.K.

While Jeffrey said the DUP was withdrawing from north/south political bodies he said his party would seek to ensure continued cross-border co-operation on health issues.

"And let me be clear, as part of the proper functioning of all aspects of the political institutions I want the north/south institutions to work,” he said. "Post Brexit, north/south and east/west relationships are, if anything, more important than ever.

"But they cannot operate in isolation or while strand three (of the Good Friday Agreement), the east/west relationship, has been undermined, Jeffrey said.

"There can be no dispute that the fabric of strand three has been fundamentally undermined by the protocol," he added. "In such circumstances, unionists cannot be expected to operate strand two as though nothing had changed,” he said.

The DUP leader said ministers would also seek to use their votes at the Stormont Executive to block the implementation of any additional checks at Northern Ireland ports when ongoing grace periods end. He said the DUP would also oppose the passage of regulations at Stormont required to reflect any changes to EU law applying in Northern Ireland. Jeffrey warned that the government’s planned move to legislate for Irish language provisions at Westminster would further undermine devolution.

The U.K. government agreed to the Sinn Fein demand in the summer after the republican party threatened not to reenter the power-sharing administration after failing to secure a firm timetable from the DUP on implementing what was a key plank of the 2020 New Decade, New Approach (NDNA) deal that restored devolution.

"The proper place for such legislation is the Northern Ireland Assembly where it can receive the proper scrutiny and a balanced approach,” said Jeffrey. "Such a usurpation of the Assembly’s powers, without the consent of the Assembly, would be difficult at any time," he noted.

Jeffrey asserted that, "Undermining the operation of strand one (of the Good Friday Agreement) as well as strand three at the same time would further undermine confidence in devolution and the operation of the Assembly from an already low base."

"The situation is further exacerbated when the New Decade, New Approach Deal is implemented on a one-sided basis and in the absence of the government delivering on the NDNA commitment to ensure that Northern Ireland remains an integral part of the U.K. internal market. For unionists, such a situation is both intolerable and unsustainable,” he stressed.