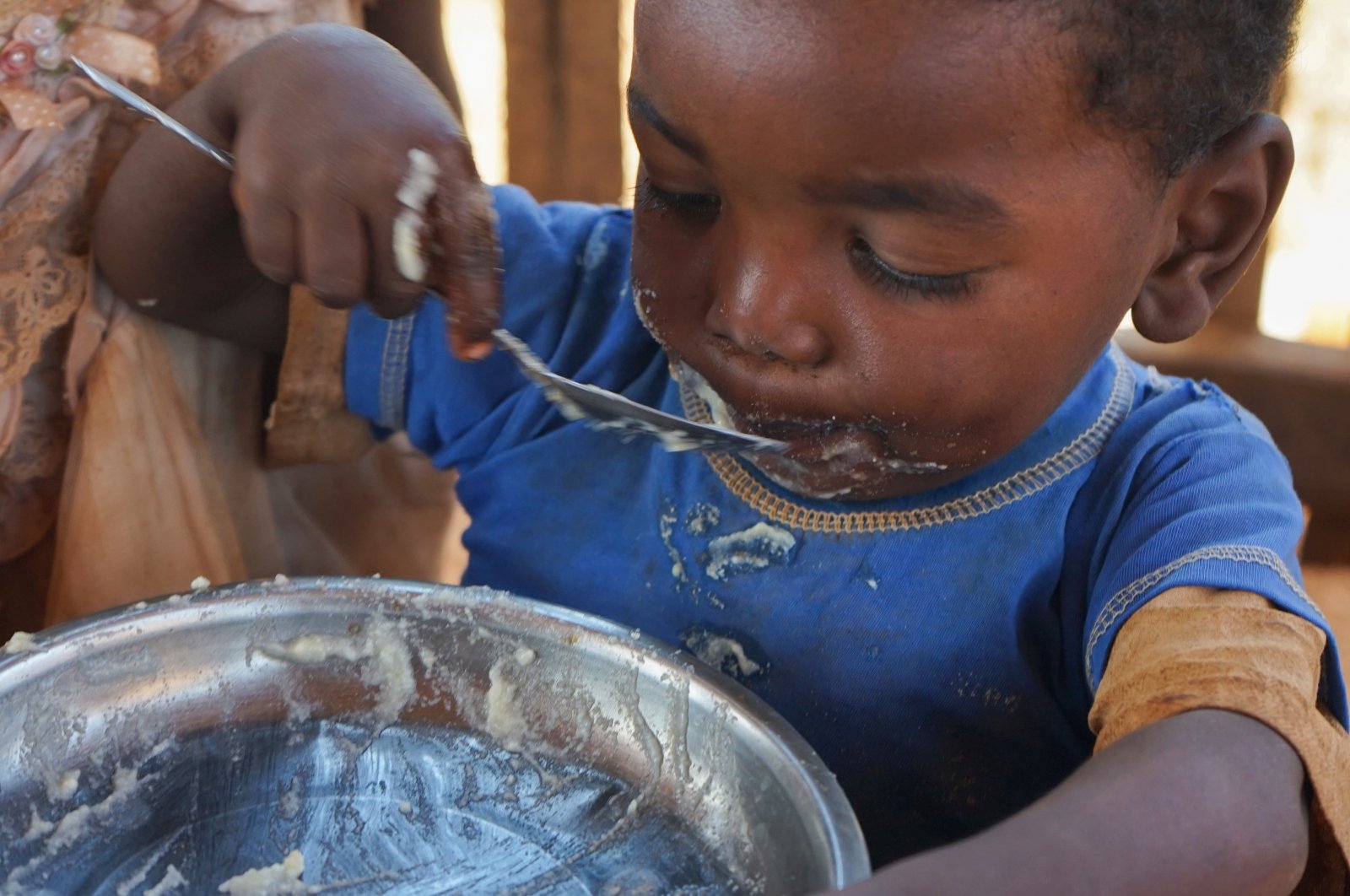 A Malagasy child eats a meal at the Avotse feeding program that benefits malnourished children with hot meals in Maropia Nord village in the region of Anosy, southern Madagascar, Sept. 30, 2021. (Reuters Photo)
by Daily Sabah with DPA
Oct 14, 2021 10:39 am

More than 800 million people are going hungry around the world, the German nongovernmental aid organization (NGO) Welthungerhilfe said ahead of presenting its Global Hunger Index in Berlin on Thursday.

"We have deviated drastically from the aim of Zero Hunger by 2030, with hunger on the march again," the NGO's general secretary, Mathias Mogge, told Germany's RND news agency.

There were currently 811 million people enduring hunger around the world, with 41 million facing imminent starvation, he said.

"The current Global Hunger Index shows that 47 countries will not even reach a low hunger level by 2030," Mogge said.

Welthungerhilfe is to present its Global Hunger Index in the German capital on Thursday, showing where progress has been made and the countries in greatest need.

He attributed the worsening situation to conflict, climate change and the consequences of the coronavirus pandemic. Violent conflicts had increased over the past year, he said.

"Wherever there is war, harvests, fields and infrastructure are destroyed and people flee their villages," he said.

"Millions are on the street unemployed, supply chains have been interrupted, food prices are rising. This had caused 130 million people to fall back into hunger and poverty," Mueller said.

On its website, the NGO said there is enough food producers in terms of kilocalories, but the quality of products did not comply with the required norm. It said 40% of the world's population does not have the financial resources to afford a healthy diet. With armed conflicts in Yemen and Syria, the famine situation exacerbated and requires sustainable attention.

"The U.N. Sustainable Development Goal of overcoming hunger by 2030 is almost impossible to achieve. For years, numerous actors have been pushing for the global food system to be restructured and made fair, sustainable and crisis-proof. After all, adequate nutrition is a human right," said Lisa Maria Klaus, a policy advisor at Welthungerhilfe.