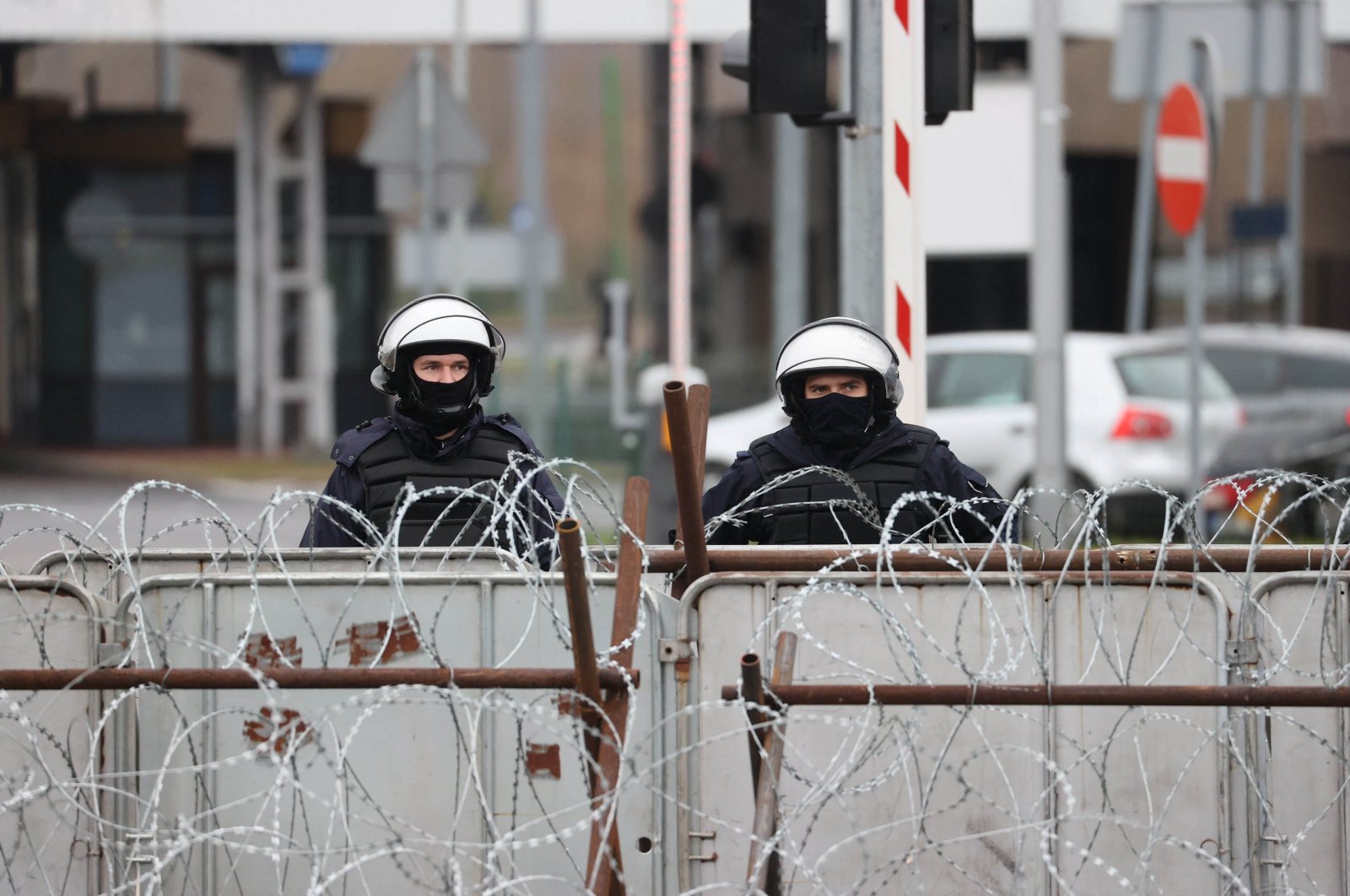 Poland claimed Sunday that Belarus keeps on ferrying migrants to its border, despite clearing camps close to the frontier earlier this week, as Polish Prime Minister Mateusz Morawiecki toured Baltic states to seek support in the crisis.

Europe accuses Belarus of flying in thousands of people from the Middle East and pushing them to cross into the European Union, which has been at odds with Belarusian President Alexander Lukashenko since a disputed election last year.

Minsk, which denies fomenting the crisis, cleared a migrant camp near the border on Thursday and started to repatriate some people to Iraq in an apparent change in tack in the conflict that has mushroomed into a major East-West confrontation.

Yet Poland says Minsk continues to truck hundreds of migrants to the frontier, where about 10 migrants are believed to have died as frigid weather sets in.

"On Saturday ... a group of about 100 very aggressive foreigners, brought to the border by Belarusian servicemen, tried to enter Poland by force. (Polish) services prevented the crossing," the border guard said on Twitter on Sunday.

There had been 208 attempts by migrants to force their way into Poland from Belarus on Saturday, the border guard said, a few more than on Friday but well below the 501 attempts recorded on Wednesday.

Neighboring Lithuania said 44 migrants were prevented from entering on Saturday, the lowest number in a week.

A dozen migrants from Iraq, speaking with Lithuanian news portal DELFI over the border with Belarus on Saturday, said they were forcibly brought there in military trucks by Belarus officials, who ignored their wish to go back to Iraq.

'A prelude to something worse'

Morawiecki visited Estonia and Lithuania on Sunday to discuss the crisis with his counterparts from the Baltic states. He will travel to Latvia later in the day.

"Today, on Poland's eastern border, we are dealing with a new type of war, a war in which migrants are weapons, in which disinformation is a weapon, a hybrid war," Morawiecki said in the Estonian capital Tallinn, adding that further economic sanctions against Minsk were being discussed.

Morawiecki said in Lithuania that he was receiving information that the difficult situation in Afghanistan after the Taliban took over the country in August "may by used as the next stage of the migration crisis."

"I think that the things that unfold before our eyes, these dramatic events, may only be a prelude to something much worse," he added.

Poland and Lithuania called for continued support from the Europan Union and NATO.

"For us, it is very important that any talks (with Belarus) are coordinated with Lithuania, Poland and Latvia, which are at the forefront of the hybrid attack, and no decisions are taken which do not solve the situation fundamentally," Lithuanian Prime Minister Ingrida Simonyte told reporters.

France's foreign minister said on Sunday that Russia had to exert pressure on its ally, Belarus, to end the migrant crisis.

A poll by SW Research published by Rzeczpospolita daily on Sunday showed 55.1% of Poles are worried the crisis on the border could escalate into a regular armed conflict.

However, hundreds took part in protests in Warsaw and close to the Belarusian border on Saturday to demand help for the migrants.