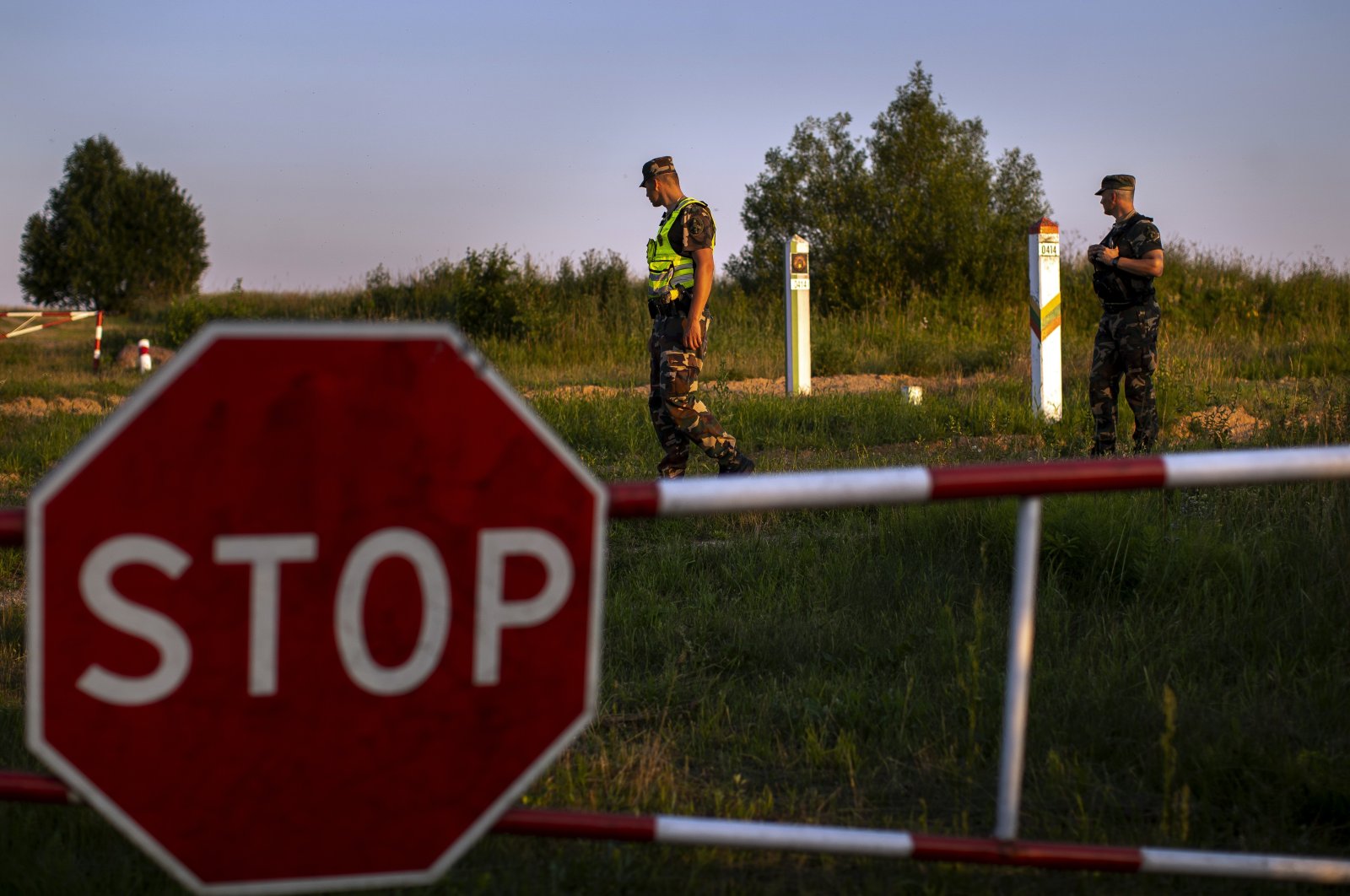 Members of the Lithuania State Border Guard Service patrol on the border with Belarus, near the village of Purvenai, Lithuania, July 9, 2021. (AP Photo)
by ASSOCIATED PRESS Aug 18, 2021 2:13 pm

Hundreds of Polish troops were deployed to their border with Belarus to support the border guards, Poland's defense minister said on Wednesday, amid a surge of migrants seeking to enter the country.

Defense Minister Mariusz Blaszczak said that more than 900 Polish troops are involved in the operation. It's believed most of the migrants trying to cross are from Iraq.

Late Tuesday, a Polish deputy interior minister tweeted that the border with Belarus is sealed and that the soldiers have already been there for a week.

Poland, like Lithuania and other Baltic nations, accuses the government of Belarusian President Alexander Lukashenko of sending migrants across their borders, which are also the European Union's outer border.

They accuse Lukashenko of using the migrants as instruments in a "hybrid war.”

They believe the action to be in response to EU sanctions imposed on Belarus following a presidential election last year which the West saw as rigged, as well as for harsh repressions on Belarusian protesters.

One Green party lawmaker in Poland, Urszula Sara Zielinska, called on Wednesday for donations of warm clothing and food following Polish media reports that around 50 people – including children – became stuck in an area between the Polish and Belarusian border guards.

Lithuania was the first to see scores of migrants trying to enter the country. Poland said recently that it has also seen a migrant upsurge.