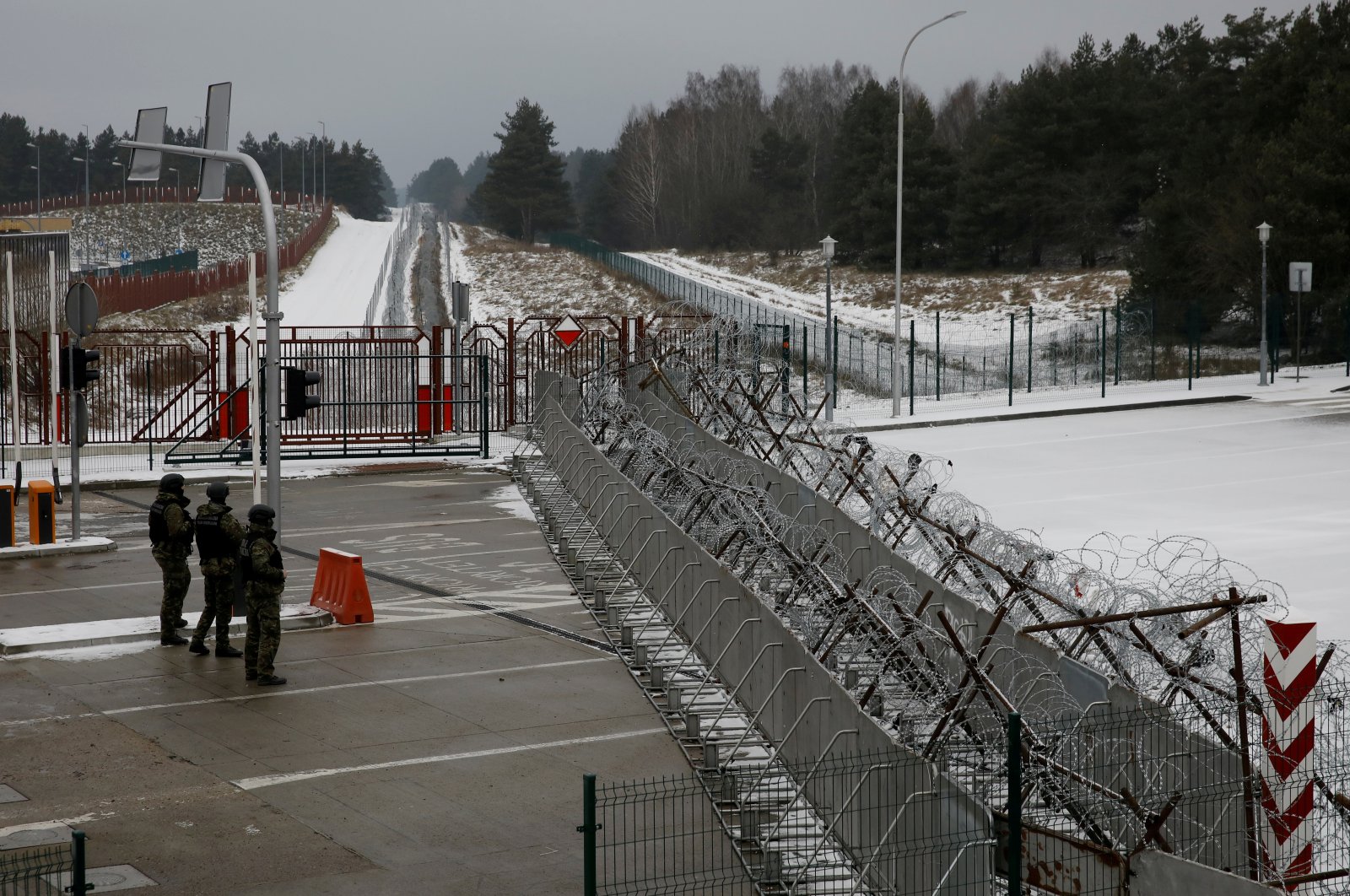 Polish border guards on patrol at the Kuznica-Bruzgi checkpoint on the Polish-Belarusian border amid the migrant crisis, in Kuznica, Poland, Dec. 6, 2021. (Reuters Photo)
by German Press Agency - DPA Dec 11, 2021 6:10 pm

All the people were detained and taken back to the border, a spokesperson for the agency said on Saturday.

The incident took place late on Friday evening near the village of Czeremsza. The Polish officers were pelted with stones by Belarusian security forces.

A total of 41 attempted border crossings were registered within 24 hours.

For weeks, thousands of migrants and refugees have been trying to cross the EU's external borders from Belarus to Poland or the Baltic states, hundreds of them detained and sent back again.

The EU accuses the Belarusian ruler Alexander Lukashenko of deliberately flying people from crisis regions into Minsk in order to smuggle them into the EU and thus destabilize the situation in the West.

According to Polish sources, another special flight took off from Minsk airport on Friday – this time to Iraq.

More than 400 people had left Belarus on the plane, the spokesperson for the coordinator of the intelligence services, Stanislaw Zaryn, wrote on Twitter on Friday evening. However, a large number of migrants are still in Belarus.