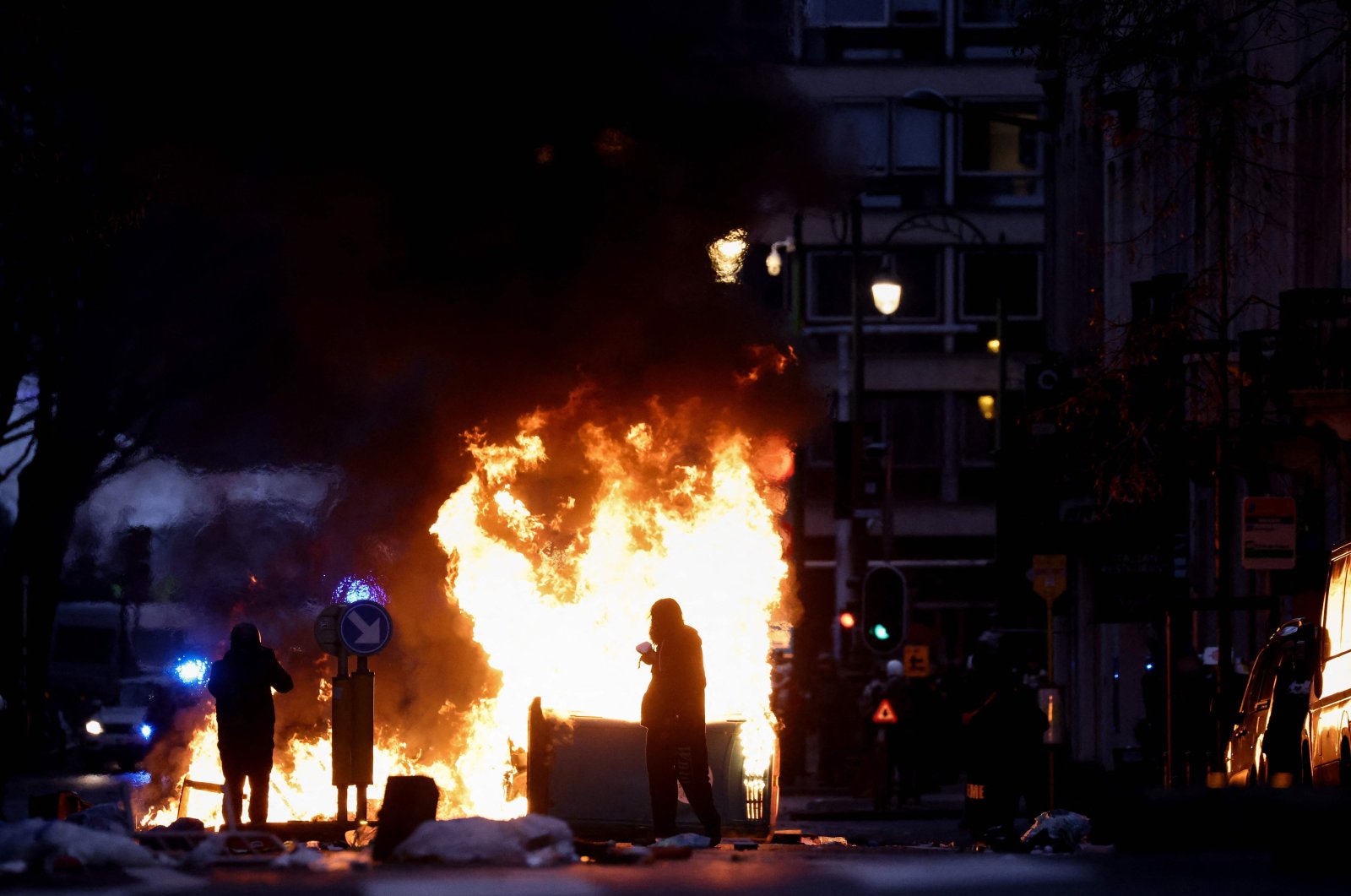 A man walks past a fire during a demonstration against the Belgian government's measures to curb the spread of the COVID-19 and mandatory vaccination in Brussels, Belgium, Dec. 5, 2021. (AFP Photo)
by REUTERS Dec 05, 2021 7:22 pm
RECOMMENDED

A few thousand protesters marched peacefully through the center of the Belgian capital to the neighborhood that hosts the headquarters of European Union institutions, where the demonstration reached its endpoint.

In the EU quarter, a group of protesters wearing black hoods and chanting "liberte" (freedom) started to throw stones at the police, who reacted with tear gas and water cannons, according to footage and reports from Reuters journalists present.

Demonstrators were protesting rules imposed in October that oblige people to show COVID-19 passes to access bars and restaurants.

"I can't bear discrimination in any form, and now there's the vaccine pass that is discriminatory, sanctions for (unvaccinated) carers that are discriminatory too, there's mandatory vaccination that is heading our way," one protestor, martial arts teacher Alain Sienaort, said.

"That's all discrimination, so we have to fight it. We don't want a dictatorship."

The protest followed new measures announced on Friday to curb one of Europe's highest infection rates, including mandatory mask wearing for most primary school children and a lengthening of the school holidays.

In late November, a much larger number of demonstrators clashed violently with the police in Brussels. That led to dozens of arrests, injuries among police officers and widespread property damage.