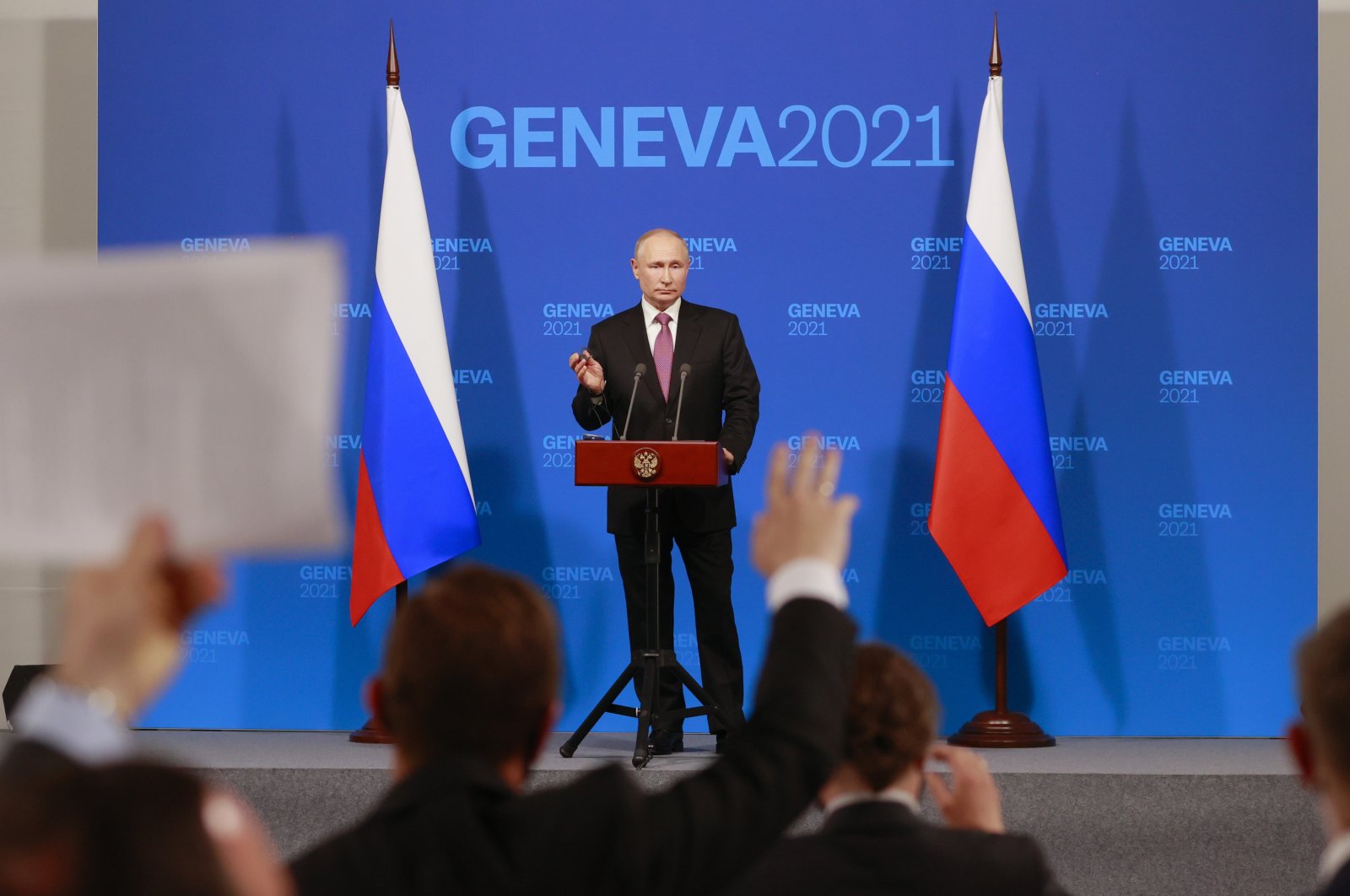 Moscow and Washington have agreed to reinstate their ambassadors, Russian President Vladimir Putin said Wednesday, following what he called a "constructive" meeting with his U.S. counterpart Joe Biden.

"The conversation was absolutely constructive," Putin told reporters, adding that the sides had agreed for their ambassadors to return in a small gesture of healing in their strained relations.

"They will return to their place of work. When exactly is a purely technical question," Putin told reporters after the summit in Geneva.

Diplomatic relations between Moscow and Washington had all but broken down since Biden took office.

After Biden likened Putin to a "killer," Russia in March took the rare step of recalling its Ambassador Anatoly Antonov and said the U.S. envoy John Sullivan to Moscow likewise should return to Washington.

Sullivan left Moscow in April, as the two countries announced a wave of tit-for-tat sanctions and expulsions of diplomats.

In May, Russia formally designated the U.S. an "unfriendly" state, barring its embassy from employing Russian nationals. The only other country on that list is the Czech Republic.

Putin noted at the start of the meeting that "a lot of issues" need addressing "at the highest level" and that he hoped the meeting would be "productive."

At his press conference after the summit, Putin signaled progress in a number of areas, including an agreement to "start consultations on cybersecurity."

Putin said the U.S. had requested information on 10 separate cybersecurity incidents from Russia, and that Washington had received "exhaustive" answers in all cases.

"Russia sent 45 such requests to the United States last year," he said, "and 35 this year."

"And we have not received a single answer," he said, claiming that: "The largest number of cyberattacks in the world are carried out from the U.S. space."

Biden's administration brought sanctions against Russia in April in response to the SolarWinds cyberattack that targeted federal organizations and more than 100 U.S. companies.

Regarding the U.S.' concerns over Russia's militarization of the Arctic, Putin said Washington had no reason to be worried as he stressed he was certain the two countries could cooperate in the field.

"The concerns of the American side about militarisation have no basis," Putin said.

Putin said Russia was not doing "anything new" in the Arctic, and that his country was "restoring the destroyed infrastructure" in the region.

The Russian leader has made the Arctic region a strategic priority and ordered investment in military infrastructure and mineral extraction, exacerbating regional ties.

He said Russia intends "to fully adhere to international legal norms," in the Arctic.

Washington broke off talks with Moscow in 2014 in response to Russia’s annexation of Ukraine’s Crimea and its military intervention in support of separatists in eastern Ukraine. Talks resumed in 2017 but gained little traction and failed to produce an agreement on extending the New START treaty during the Trump administration.

Shortly after Biden took office in January, the two sides agreed to a five-year extension of the pact just days before it was due to expire.