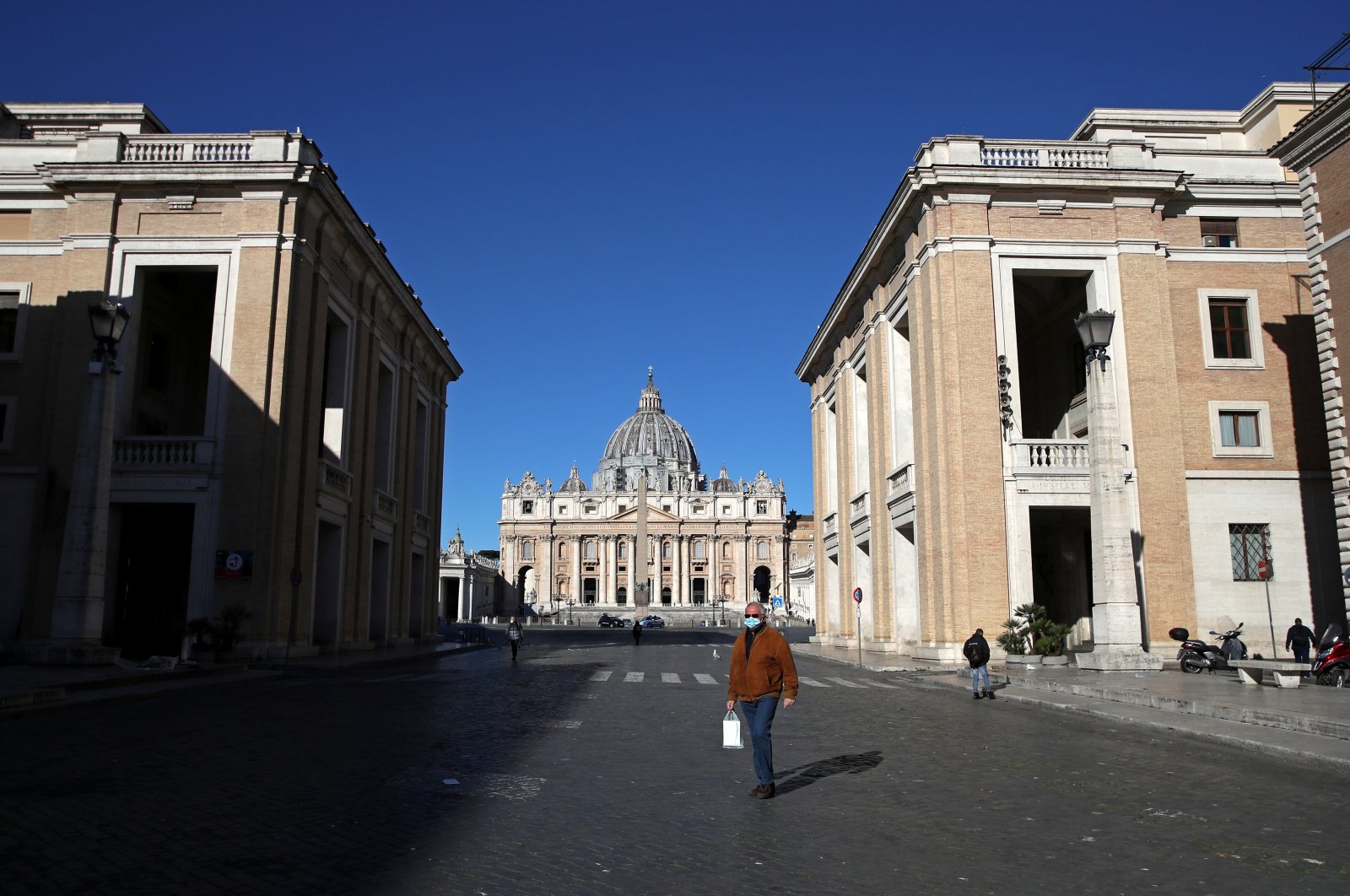 Italy reintroduced restrictions to curb the coronavirus on Monday, while Ireland and the Netherlands became the latest countries to suspend AstraZeneca's COVID-19 shots even though the World Health Organization (WHO) insists there is no risk.

More than 350 million vaccine doses have been administered globally so far, and the AstraZeneca shot – among the cheapest available – is crucial to rollouts in poorer parts of the world.

Despite immunization programs gathering pace, surges in infections remain a threat and Italian authorities reimposed restrictions on three-quarters of the country until April 6 to suppress an outbreak fuelled by the variant first detected in Britain.

"Each dose of vaccine injected is a step in the direction of the way out of the crisis," he added.

Schools, restaurants, shops and museums will close, including in Rome and Milan, with residents told to stay home except for work, health or other essential reasons.

And while France was hoping to avoid another national lockdown, it was facing a hospital crisis with intensive care beds in the Paris region running out.

The coronavirus has killed more than 2.6 million people around the world and much of the world is is currently under varying forms of COVID-19 restrictions.

People have been growing weary of the economically painful curbs, however.

The Netherlands — under tight restrictions including an overnight curfew — began three days of voting on Monday in a popularity test of the government's coronavirus policies.

Prime Minister Mark Rutte was set to win another term in office, but opposition to the restrictions was on display on the eve of the vote in The Hague Sunday as police used water cannon to clear an anti-government protest.

As they battle virus surges, health authorities in Italy and France have backed the COVID-19 vaccine developed by AstraZeneca and the University of Oxford, as several countries suspended use of the shot over fears it causes side effects such as blood clots.

Ireland and the Netherlands stopped giving out the shot on Sunday, joining Denmark, Norway and Bulgaria.

But the WHO, AstraZeneca and experts have stressed that the jab is safe and that there is no evidence linking it to the clots.

The AstraZeneca shot forms the bulk of doses being sent to poorer countries under the WHO-backed Covax scheme, which aims to ensure vaccines reach all parts of the world.

The United States, meanwhile, has ramped up its vaccination program after a stumbling start, with more than 107 million doses administered.

The world's worst-hit nation gave more than 2 million shots a day on average last week, according to data from the U.S. Centers for Disease Control, with 21% of the population getting at least one dose.

CDC experts were examining a study that found "no substantial difference" in cases at schools observing six-foot and three-foot separations, Fauci told CNN.

New York – the American city most bereaved by the virus – marked the one-year anniversary of the pandemic with a tribute Sunday to its 30,258 dead, with candles lit on the famous Brooklyn Bridge.

'It's hard for the poor'

Distancing requirements are a core issue in discussions around the world on reopening schools, with many claiming the six-foot requirement makes it difficult to resume classes without adding portable classrooms or shortening the school day.

Many teachers' unions have also insisted on six-foot distancing.

Remote learning through the internet has been one option, but it has proved difficult to implement in less wealthy nations where many families do not have internet access or devices such as computers, smartphones and tablets.

"The rich have everything they need," said Maria Fe Morallos, a 10th-grade student in the Philippines who cannot afford a smartphone.

"It's hard for the poor because we don't have a gadget or the money to buy it."