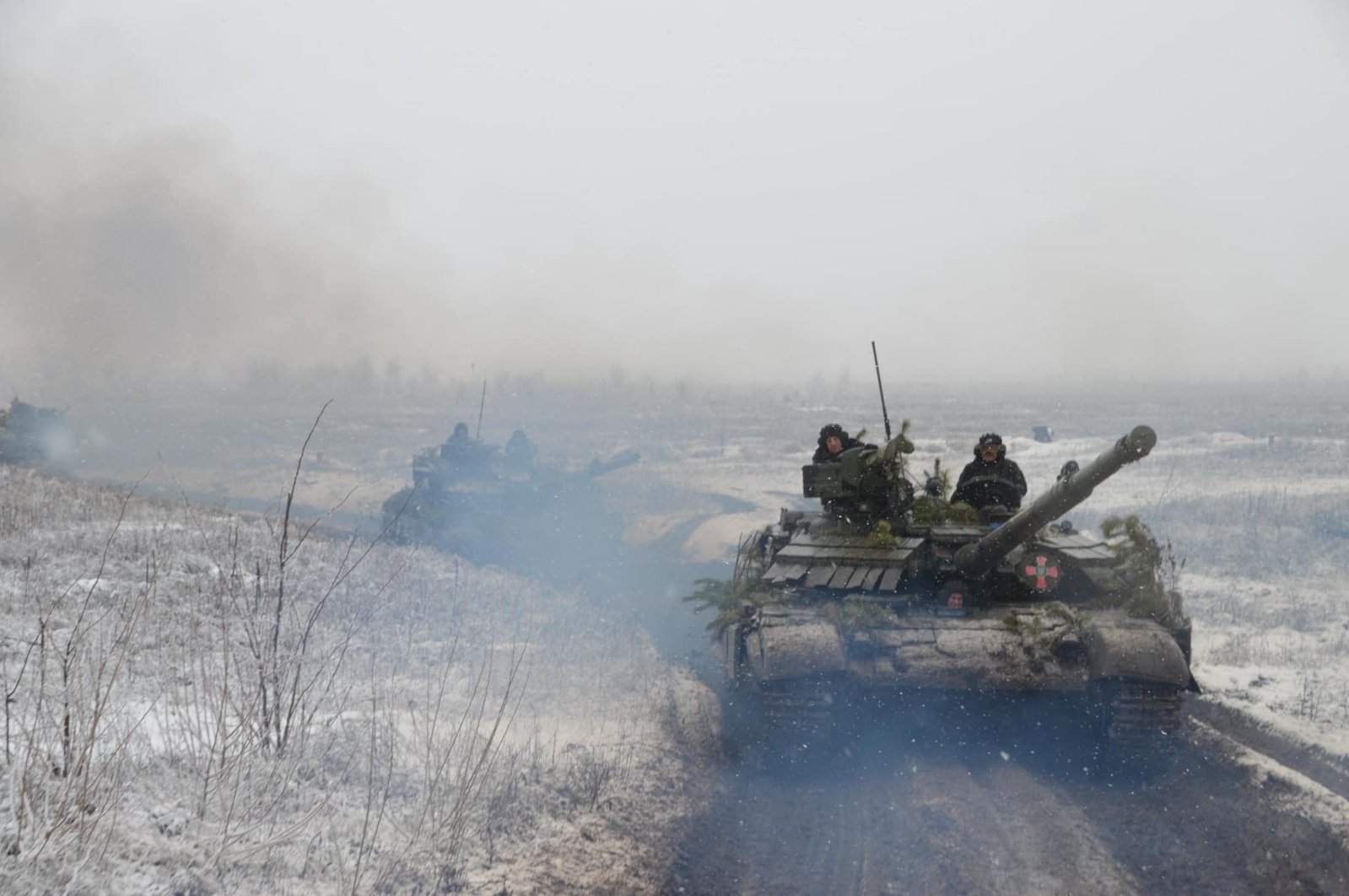 Russia, Ukraine and the Organization for Security and Cooperation in Europe (OSCE) have agreed to restore a cease-fire in eastern Ukraine, where Kyiv is fighting Russia-backed separatists, the OSCE said.

"I was delighted that participants expressed their strong determination to fully adhere to the measures to strengthen the cease-fire agreement of July 22, 2020," the special representative of the OSCE chairperson-in-office in Ukraine and in the Trilateral Contact Group (TCG), Ambassador Mikko Kinnunen, said in a statement Wednesday.

"This is of utmost significance for the people living on both sides of the contact line," Kinnunen added. He said that according to the special monitoring mission reports the security situation along the contact line remained volatile, with about five times more cease-fire violations on average per day recorded in December 2021 compared with December 2020.

The statement was issued following a meeting of officials from Ukraine, Russia and the OSCE and representatives of the self-proclaimed Donetsk and Lugansk People's Republics.

Kinnunen said that priority was given "to the issues of security" and "compliance with the cease-fire."

Kyiv has been battling a pro-Moscow insurgency in two breakaway regions bordering Russia since 2014, shortly after the Kremlin annexed Ukraine's Crimean Peninsula.

Western countries accuse Russia of having massed around 100,000 troops near Ukraine's borders and accuse Moscow of planning a winter invasion. The U.S. has warned the Kremlin of unprecedented sanctions should it launch an attack.

A number of cease-fire agreements had been announced in the past but failed. The latest was reached in July 2020, but occasional clashes still result in casualties on both sides. The fighting has claimed more than 13,000 lives.

Ukraine and its Western allies accuse Russia of sending troops and arms across the borders. Moscow has denied those claims but expects to conduct talks next month with the U.S. on its proposals for binding security guarantees.

The European Union and NATO had threatened Moscow with harsh consequences in the event of a military escalation. Russia has responded with demands that NATO promises not to expand eastward, which it is expected to put into a written form on Friday.

The first round of talks with the U.S. negotiators was agreed upon at the beginning of the year, Russian Foreign Minister Sergei Lavrov told state broadcaster RT on Wednesday.

According to the Interfax agency, Kremlin spokesperson Dmitry Pekov said there was no concrete time frame for the talks. "The main thing is that it will not be a marathon of negotiations," Peskov said. Russia also wants to ensure that NATO does not accept Ukraine as a member.

The White House then announced that it would not compromise on the fundamental principles on which European security is based. This also applies to all countries' right to determine their own future and foreign policy without outside interference.

A senior U.S. government official said that some things in the Russians' draft were "unacceptable" and that Moscow knew that. She also said they wanted to raise their own concerns and issues.

"There will be no talks on European security without Europe," Assistant Secretary of State for European and Eurasian Affairs Karen Donfried told reporters.

"We have been clear we will do this with" the NATO Western defensive alliance of 30 states, she added, while Russian President Vladimir Putin has indicated a preference for one-on-one talks with the U.S. "On the bilateral engagement, we will decide on a date together with Russia and we believe that that will take place in January," said the diplomat.

She added the Washington-led trans-Atlantic alliance would soon invite Moscow to a meeting of the NATO-Russia Council – a consultation forum created in 2002 – a proposal rejected so far by the Russians.

"My sense is that we will be seeing movement in these channels in the month of January," Donfried said.