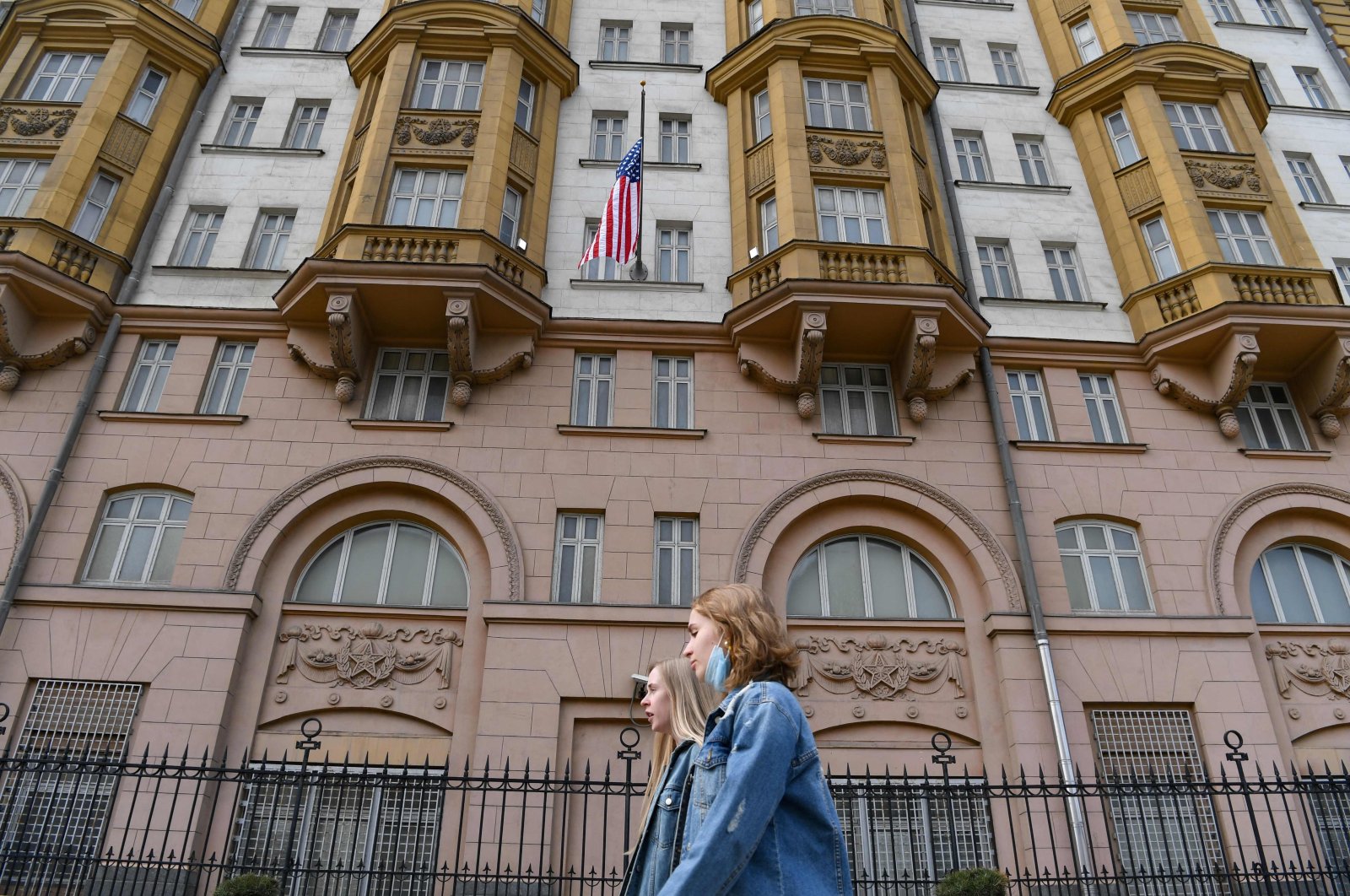 The deputy ambassador of the United States to Russia was handed a note declaring 10 employees of the American embassy as persona non grata, Russian Foreign Ministry said in a statement. According to the note, they must leave Moscow by May 22.

"This measure represents a 'mirror' response to the hostile actions of the American side against a number of employees of the Russian embassy in Washington and the Russian Consulate General in New York," the statement said.

On April 15 the Biden administration announced sanctions on Russia for interfering in the 2020 U.S. presidential election and involvement in the SolarWind hack of federal agencies – activities Moscow has denied. The U.S. ordered 10 Russian diplomats to be expelled, targeted dozens of companies and people, and imposed new curbs on Russia’s ability to borrow money.

Foreign Minister Sergey Lavrov also said Moscow will move to shut down those U.S. nongovernment organizations (NGOs) that remain in Russia to end what he described as their meddling in Russia’s politics, as The Associated Press (AP) reported.

The top Russian diplomat said the Kremlin suggested that U.S. Ambassador John Sullivan follow the example of his Russian counterpart and head home for consultations. Russia will also deny the U.S. Embassy the possibility of hiring personnel from Russia and third countries as support staff, limit visits by U.S. diplomats serving short-term stints at the embassy, and tighten requirements for U.S. diplomats' travel in the country.

Others banned from entering Russia are Susan Rice, a former United Nations ambassador and now head of the Domestic Policy Council, John Bolton, who was a national security adviser under former President Donald Trump, James Woolsey, a former CIA director, and Michael Carvajal, director of the Federal Bureau of Prisons.

Lavrov called Washington’s move “absolutely unfriendly and unprovoked," and he said that while Russia could take “painful measures” against American business interests in Russia, it would not immediately move to do that and “save them for future use.”

He warned that if Washington further raises the pressure, Russia might ask the U.S. to reduce the number of its embassy and consular staff from about 450 to 300. He said both countries host about 450 diplomats, but that includes some 150 Russians at the U.N. in New York that he argued should not be included.

Tensions between Moscow and the West have soured in recent weeks over jailed Kremlin critic Alexei Navalny, a Russian troop build-up on Ukraine's borders and a series of spy scandals.

During the annual speech, Putin warned the West on Wednesday not to cross Russia's "red lines," saying Moscow would respond swiftly and harshly to any provocations and those responsible would regret it.

"We want good relations ... and really don't want to burn bridges," Putin told both houses of parliament, according to Reuters. "But if someone mistakes our good intentions for indifference or weakness and intends to burn down or even blow up these bridges, they should know that Russia's response will be asymmetrical, swift and harsh."

Russia would determine where its red line lay in each specific case, he said, comparing the country to a tiger surrounded by hyenas.