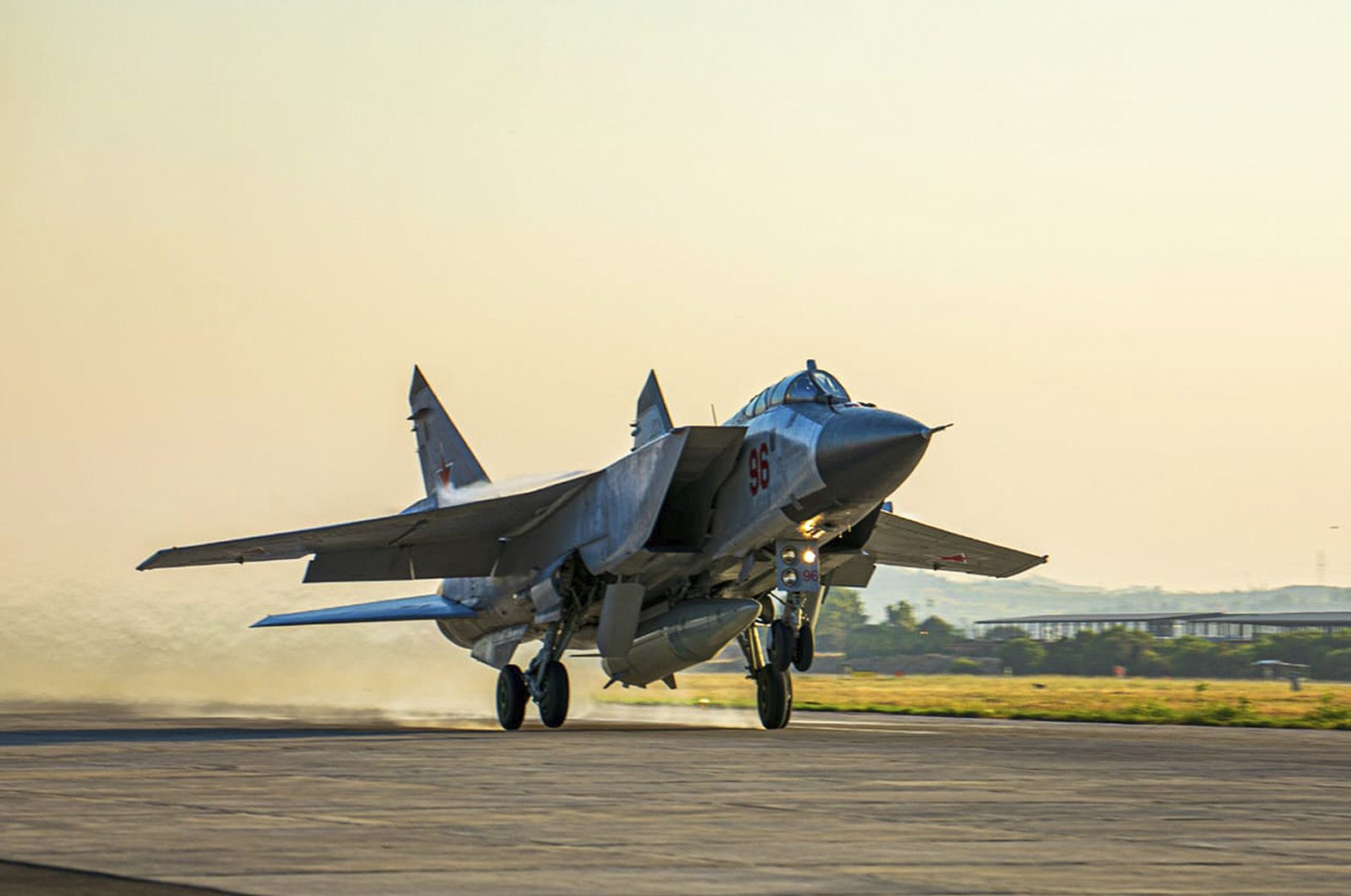 A Russian MiG-31 fighter jet carrying a Kinzhal missile takes off from the Hemeimeem air base in Syria in this photo released on June 25, 2021. (Russian Defense Ministry Press Service via AP)
by Agencies Nov 24, 2021 11:15 am
RECOMMENDED

The Russian military carried out drills with 10 aircraft and some ships in the Black Sea, according to the Interfax news agency.

The drills come at a time of high tension over Ukraine, with U.S. officials voicing concerns about a possible Russian attack on its southern neighbor, a suggestion the Kremlin has dismissed as false.

Russia annexed Crimea from Ukraine in 2014 and the two U.S. warships were due to arrive in the Black Sea this week amid an escalation in fighting in eastern Ukraine where government forces have battled Russian-backed troops in a conflict Kyiv says has killed 14,000 people.

On Monday, Ukraine's airborne forces held another military drill amid rising tensions along its border with Russia deploying forces.

The head of Ukraine's military intelligence told the Military Times outlet this weekend that Russia had more than 92,000 troops amassed around Ukraine's borders and was preparing for an attack by the end of January or beginning of February.

Ukraine, which aspires to become a NATO member, received a large consignment of United States ammunition earlier this year and Javelin anti-tank missiles, prompting criticism from Moscow, which has said it has serious security concerns about the prospect of Ukraine joining NATO one day.

In the next few days Ukraine will also receive two refitted former U.S. Coast Guard patrol boats designed to beef up its navy.