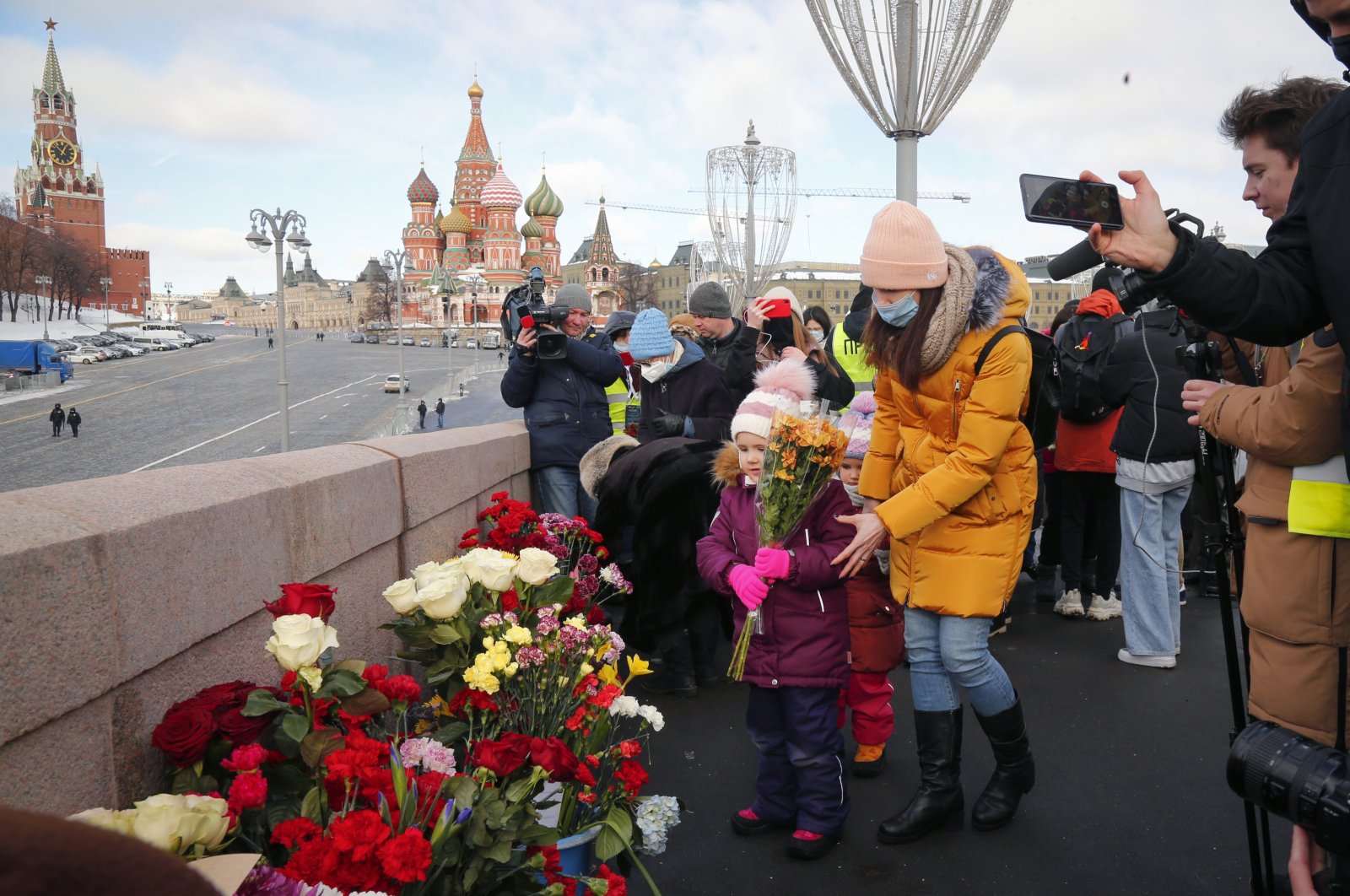 Russians of Saturday commemorated the sixth anniversary of opposition politician Boris Nemtsov's murder in central Moscow amid a clampdown on protests over the jailing of Kremlin critic Alexei Navalny.

Allies of Navalny, who was jailed this month on parole violations he said were trumped up, have called on his supporters to lay flowers on the Moscow bridge where Nemtsov was gunned down on the night of Feb. 27, 2015, near the Kremlin.

Navalny's allies have declared a moratorium on street protests until spring after several nationwide rallies were broken up by police who detained more than 11,000 people, according to a monitoring group.

Still, the opposition urged Muscovites to come to pay their respects to Nemtsov while observing social distancing and wearing medical masks. Moscow authorities turned down a request for them to hold a commemorative march due to the pandemic.

"This is a memorial event, not a rally or a march," opposition politicians said. "We recommend that you refrain from bringing posters. There is no need to give any reasons for the police to detain (participants)."

Nemtsov, who briefly served as deputy prime minister in the late 1990s before joining the opposition, had been working on a report examining Russia's role in the conflict in Ukraine at the time of his killing.

After his murder, opposition activists began guarding a makeshift memorial on the bridge when municipal authorities turned down a request to put up a plaque there in his honor.

City workers have taken down the memorial on several occasions over the years. Police detained eight people last week as they tried to lay flowers at the memorial after it was dismantled by police.

In 2017 a court sentenced five men to between 11 and 20 years in prison for their involvement in Nemtsov's murder, but the late politician's allies said at the time that the people who had ordered his killing remained at large.