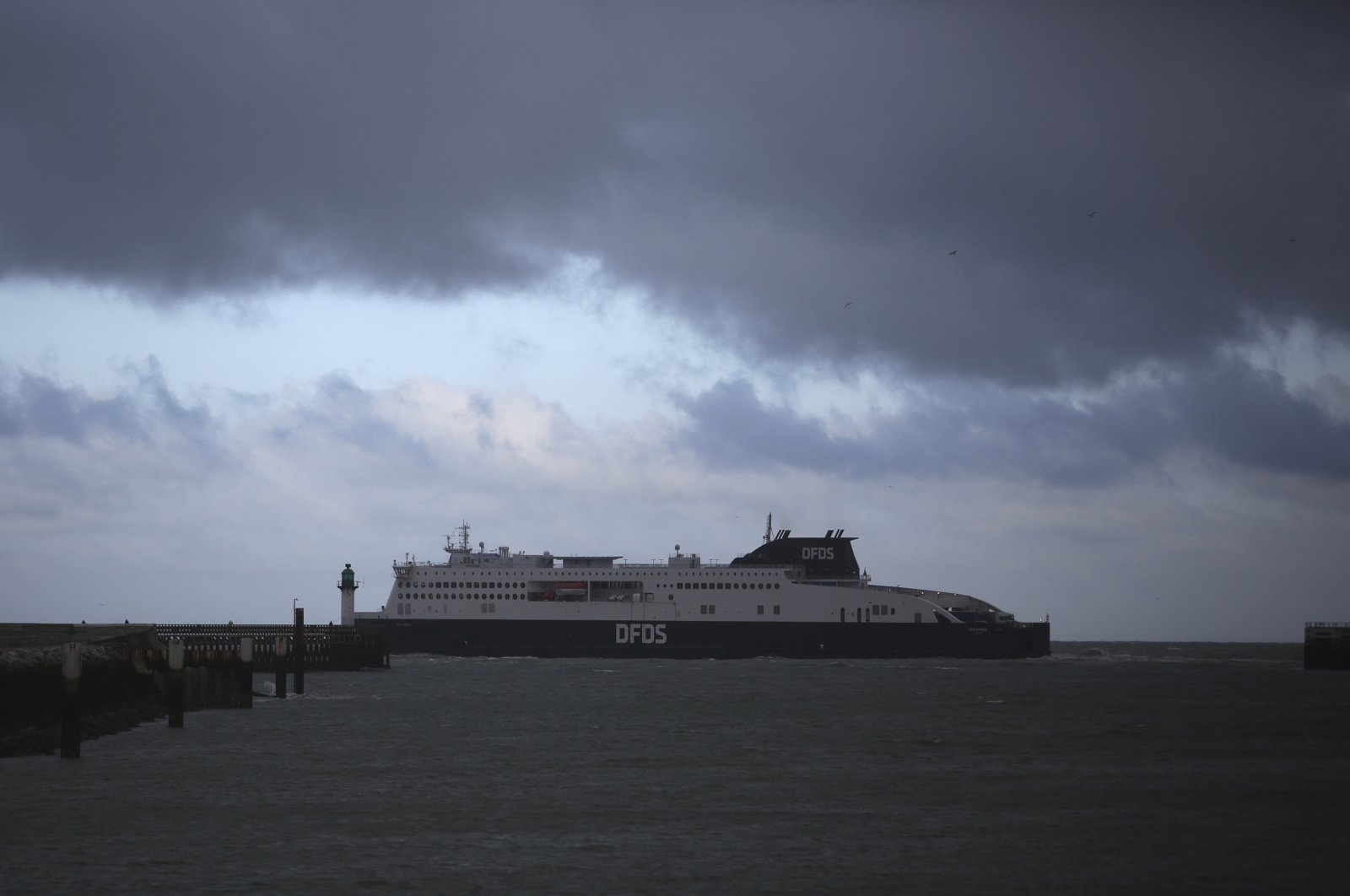 France and the U.K. are trying to deter migrants from crossing the sea that separates them after 27 people on an inflatable boat drowned in the worst disaster of its kind to occur in the English Channel

The leaders of the United Kingdom and France have exchanged accusations after at least 27 migrants drowned in the English Channel near Calais in the deadliest disaster to occur since the migration crisis started.

British Prime Minister Boris Johnson urged French President Emmanuel Macron in a phone call on Wednesday night to join patrols along its coast, while the leader of France warned his counterpart against politicizing the influx of migrants, according to U.K. daily newspaper The Guardian.

During the phone call, Macron emphasized that the countries have “shared responsibility” and told Johnson he is expecting full cooperation and assurances that the situation will not be used "for political purposes," according to the daily.

Meanwhile, Johnson called on France to join British police patrols along the Channel coast, saying Wednesday’s incident once again highlighted the lack of French effort to patrol its beaches.

“We’ve had difficulties persuading some of our partners, particularly the French, to do things in a way that we think the situation deserves,” Johnson was quoted as saying by The Guardian. “I understand the difficulties that all countries face, but what we want now is to do more together – and that’s the offer we are making.”

Speaking to broadcasters in Downing Street, Johnson – who chaired a meeting of the government's Civil Contingencies Committee (Cobra) – said he was "shocked, appalled and deeply saddened" by what had happened.

"What this shows is that the gangs who are sending people to sea in these dangerous crafts will literally stop at nothing," he said, as Deutsche Presse-Agentur (dpa) reported.

"But what I'm afraid it also shows is that the operation that is being conducted by our friends on the beaches, supported as you know with 54 million pounds ($71 million) from the U.K. to help patrol the beaches, the technical support we've been giving, they haven't been enough."

A Johnson spokesperson said the leaders of the two countries "agreed on the urgency of stepping up joint efforts to prevent these deadly crossings and to do everything possible to stop the gangs responsible for putting people's lives at risk." They also stressed the importance of close cooperation with Belgium and the Netherlands, as well as with other countries on the continent.

Britain's House of Commons was expected to debate “the numbers of migrants arriving in the United Kingdom illegally by boat” on Thursday, according to the parliamentary schedule.

The French have previously resisted U.K. proposals to send police and border forces to patrol together amid fears of implications for national sovereignty. Macron also called for a crisis meeting at the European level, saying France would not allow the English Channel to become a graveyard or let smugglers put human lives at risk. He demanded an immediate increase in resources for the European Union's Frontex border protection agency.

“France will not let the Channel become a cemetery,” Macron said.

Out of 34 people on the board the boat trying to cross the English Channel, 27 migrants died, the French Interior Ministry said. A spokesperson for the ministry on Thursday said that the death toll of the tragedy, which was revised down from 31, was still preliminary.

The International Organization for Migration (IOM) asserted that the incident was the largest single loss of life in the channel since it began tracking data in 2014.

Seventeen men, seven women and three minors died when the boat sank off the northern coast of France on Wednesday, according to public prosecutors in Lille. Two survivors are in intensive care.

The emergency search was sparked when a fishing boat sounded the alarm earlier on Wednesday, after spotting several people at sea off the coast of France.

Four suspected people smugglers had already been arrested on Wednesday afternoon and a fifth suspect has been arrested in connection with the migrant boat that sank in the English Channel, French Interior Minister Gerald Darmanin said Thursday.

The minister told the RTL broadcaster that the fifth suspect's car was registered in Germany and that he had bought inflatable Zodiac boats in Germany.

Prosecutors in the northern city of Lille have opened an investigation against the five for homicide and bodily harm, membership in a criminal gang, and aiding in the illegal crossing of borders. Darmanin said France had arrested 1,500 people smugglers since the start of the year.

He said they "operate like mafia organizations," using encryption to stop police tapping their phone conversations.

According to Agence France-Presse (AFP), Darmanin also said that migrants who drown are "often attracted" by Britain's labor market and underlined that Britain, Belgium and Germany could do more to help France tackle the illegal migrants and the human trafficking issues. Darmanin also called for coordination with the U.K., saying “the response must also come from Great Britain.”

French Prime Minister Jean Castex was due to hold a crisis meeting on Thursday morning, while British Interior Minister Priti Patel said she would be having talks with Darmanin.

Earlier Castex said the shipwreck was a "tragedy." In a tweet, he said his thoughts were with "victims of criminal smugglers who exploit their distress and injury."

The number of migrants attempting to cross the channel, one of the world's busiest shipping lanes, has jumped in recent months after the British and French governments clamped down on other forms of illegal entry, such as hiding in the backs of trucks crossing from ports in France. Darmanin accused London of "bad immigration management."

Regaining control of Britain's borders was a totem for Brexit campaigners ahead of the 2016 referendum on Britain's membership in the EU.

A number of people are also believed to have reached Britain in small boats on Wednesday, with people seen being brought ashore in Dover by immigration officials. The Dover Strait is the busiest shipping lane in the world and has claimed many lives of people trying to cross to Britain in inflatable dinghies.

With cold weather approaching, it was expected that the number of migrants trying to make a crossing via the dangerous route would drop sharply, however, the small boats were replaced by bigger boats and an even larger number of people arrived in the U.K.