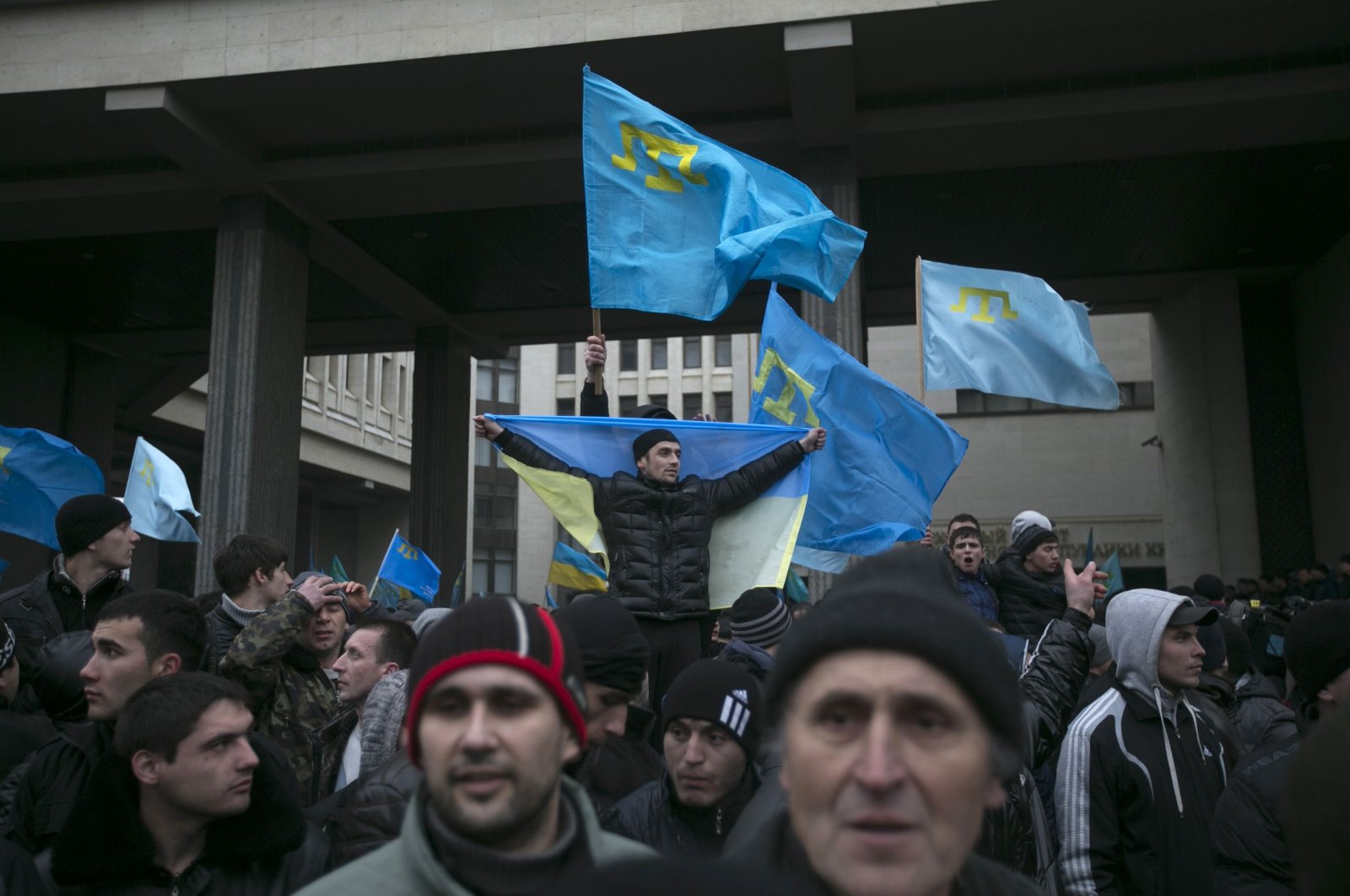 The Ukrainian Parliament, Verkhovna Rada, adopted a law Thursday on Indigenous peoples at an extraordinary meeting.

The bill was accepted in the general assembly with the support of 325 out of 345 deputies who participated in the voting. Russians living in the country, on the other hand, will not be considered Indigenous people because they have a state outside the borders of Ukraine. The law guarantees the rights of Indigenous peoples against assimilation, deprivation of cultural values, eviction or forced relocation. It also guarantees their cultural, educational, linguistic and information rights.

“The Indigenous peoples of Ukraine have the right to self-determination in Ukraine, establish their political status within the framework of the Constitution and laws of Ukraine, freely pursue their economic, social and cultural development,” it says.

Speaking to Anadolu Agency (AA), Ukrainian parliamentarian Rustem Umerov underlined that the law approved by parliament is an important and historical document for the country. Umerov said the Crimean Tatars have been waiting for this law for nearly 30 years.

"Issues related to the international representation of the indigenous peoples of Ukraine were also identified. The adoption of this law is part of Ukraine's strategy for the de-occupation and reintegration of Crimea."

Umerov underlined that Zelenskyy's personal submission of the draft law on Indigenous peoples to parliament is a sign that the protection of the rights of the Crimean Tatars is among the top priorities of Ukrainian state policy.

Experts see the move as a success of Ukraine in the formation of civilized interethnic relations in the country, another step toward the elimination of the heavy Soviet legacy in relation to non-titular nations, which since the time of the Russian Empire and in the USSR were subjected to discrimination, illegal repression, universal deportations, forced Russification and assimilation. Zelenskyy said that he would like to sign a number of laws "important" for the Crimean Tatars and all Crimeans before the summer summit of the "Crimean Platform."

In 2014, Russia annexed the Crimean Peninsula in a move not recognized by the U.S., U.N. General Assembly or Turkey, among others.