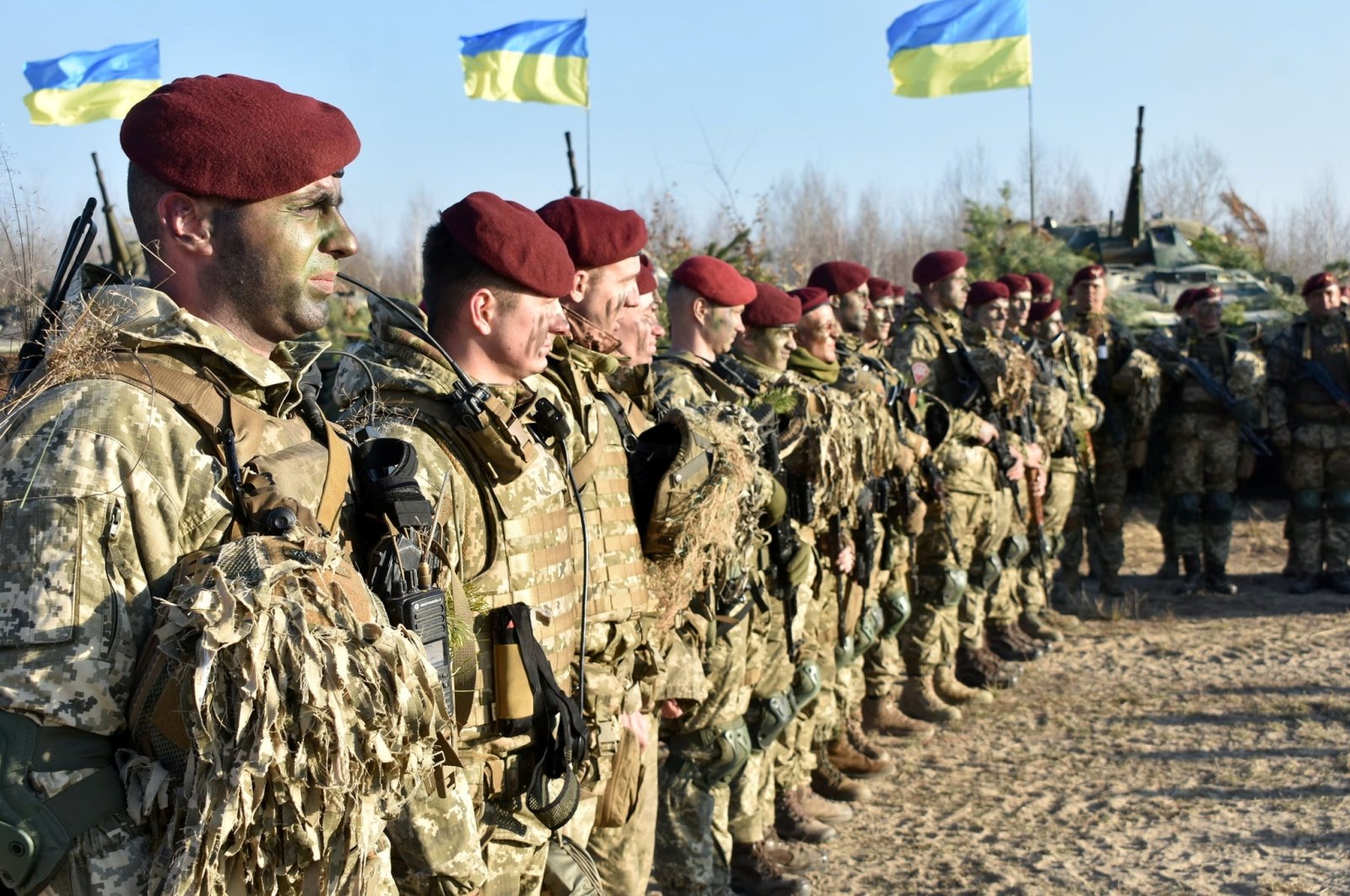 Ukraine has held another military drill of airborne forces amid rising tensions along its border with Russia deploying forces, the defense ministry said on Monday.

The drills, which took place near capital Kyiv, simulated the landing of airborne troops and armored personnel carriers for an attack on an enemy target, the ministry said in a statement. It released footage showing the landing of troops, supported by aircraft and helicopters.

The head of Ukraine's military intelligence told the Military Times outlet this weekend that Russia had more than 92,000 troops amassed around Ukraine's borders and was preparing for an attack by the end of January or beginning of February.

Kyrylo Budanov said such an attack would likely involve air strikes, artillery and armored attacks followed by airborne assaults in the east, amphibious assaults in Odessa and Mariupol and a smaller incursion through neighboring Belarus.

The Kremlin on Monday dismissed the suggestion and said it was alarmed that Ukraine was being supplied with large quantities of weapons and building up its own forces.

Ukraine, which aspires to become a NATO member, received a large consignment of United States ammunition earlier this year and Javelin anti-tank missiles, prompting criticism from Moscow, which has said it has serious security concerns about the prospect of Ukraine joining NATO one day.

In the next few days Ukraine will also receive two refitted former U.S. Coast Guard patrol boats designed to beef up its navy.