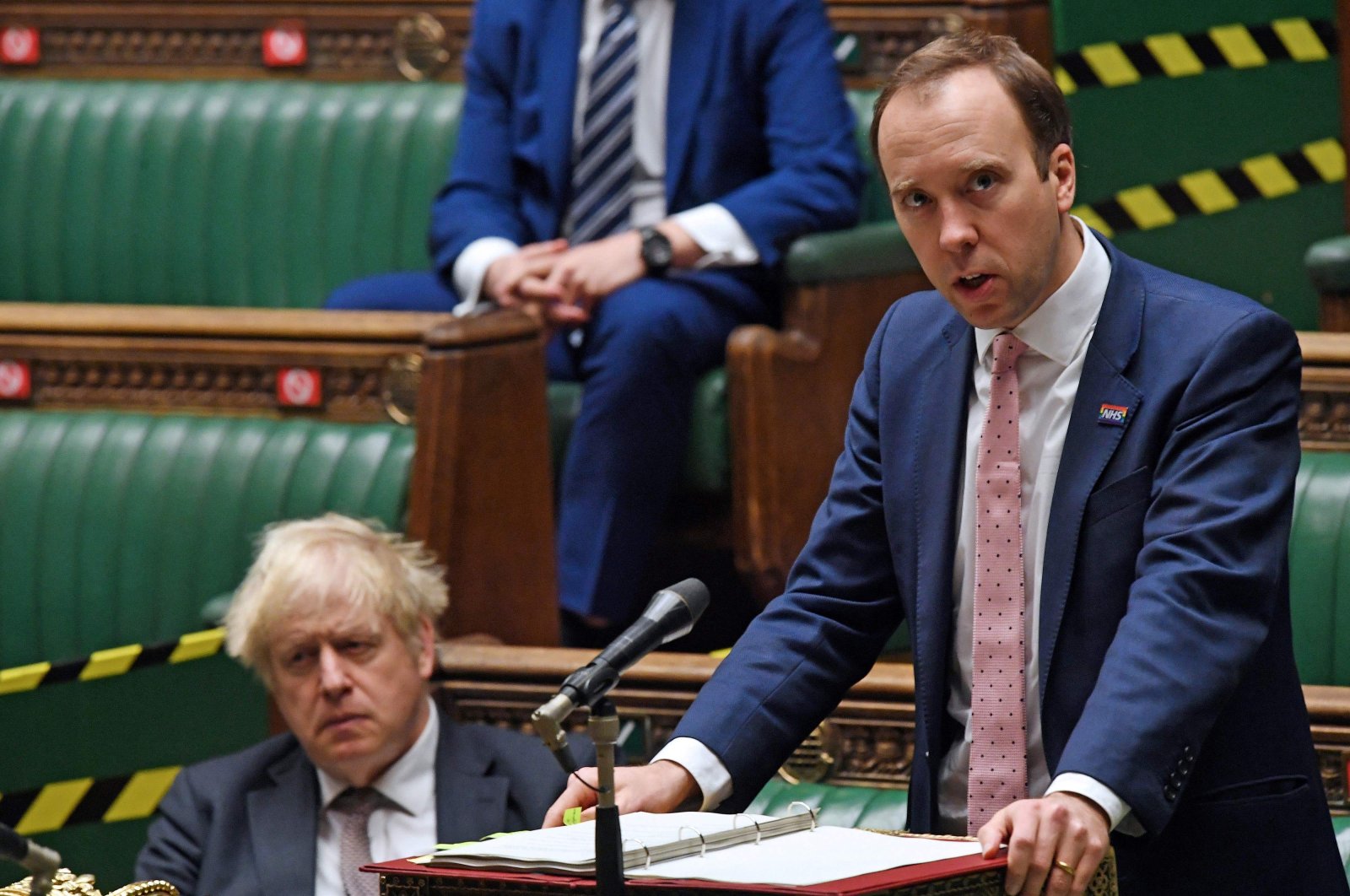 Johnson's Downing Street office said it would not engage with every allegation made by Dominic Cummings, who left the office late last year. In a blog posting, Cummings intensified his criticism of Johnson and health minister Matt Hancock over their handling of the pandemic, less than a month after accusing the government of being responsible for thousands of avoidable COVID-19 deaths.

Despite questioning British leader's fitness for his role as prime minister and castigating the government's fight against COVID-19, Cummings' criticism has yet to seriously puncture Johnson's ratings in opinion polls.

In his posting on Wednesday, Cummings shared screenshots of the conversations, which he said were with the prime minister, in which Johnson responded to Cummings' complaints about the slow progress of Hancock's efforts with the words "Totally (blanked expletive) hopeless."

Cummings said people should ask Johnson why he had kept Hancock in his position if he thought so little of him. Johnson's spokesperson said he had not asked the prime minister directly about the new allegations, and declined to comment on the authenticity of the exchange.

"I don't plan to engage with every allegation made. The prime minister has set out that we will hold a public inquiry next year, the health secretary has given hours of evidence to the parliamentary committee and I have taken a number of questions on this issue previously," he told reporters. "Our focus is on recovering from the pandemic, moving through the road map, distributing vaccines and delivering on the public's priorities."

The deputy leader of the main opposition Labour Party, Angela Rayner, said the "questions raised today go to the heart of the prime minister’s direct and personal responsibility for the U.K.’s shocking death toll."

In seven hours of questioning by a parliamentary committee last month, Cummings had said it was "crackers" that Johnson was prime minister and aired particular disdain for Hancock, accusing him of repeatedly lying in government meetings.

He again said Johnson wanted to leave office, saying he "had a clear plan to leave at the latest a couple of years after the next election." Johnson's spokesperson quoted the prime minister's words when similar allegations were raised, calling them "utter nonsense."