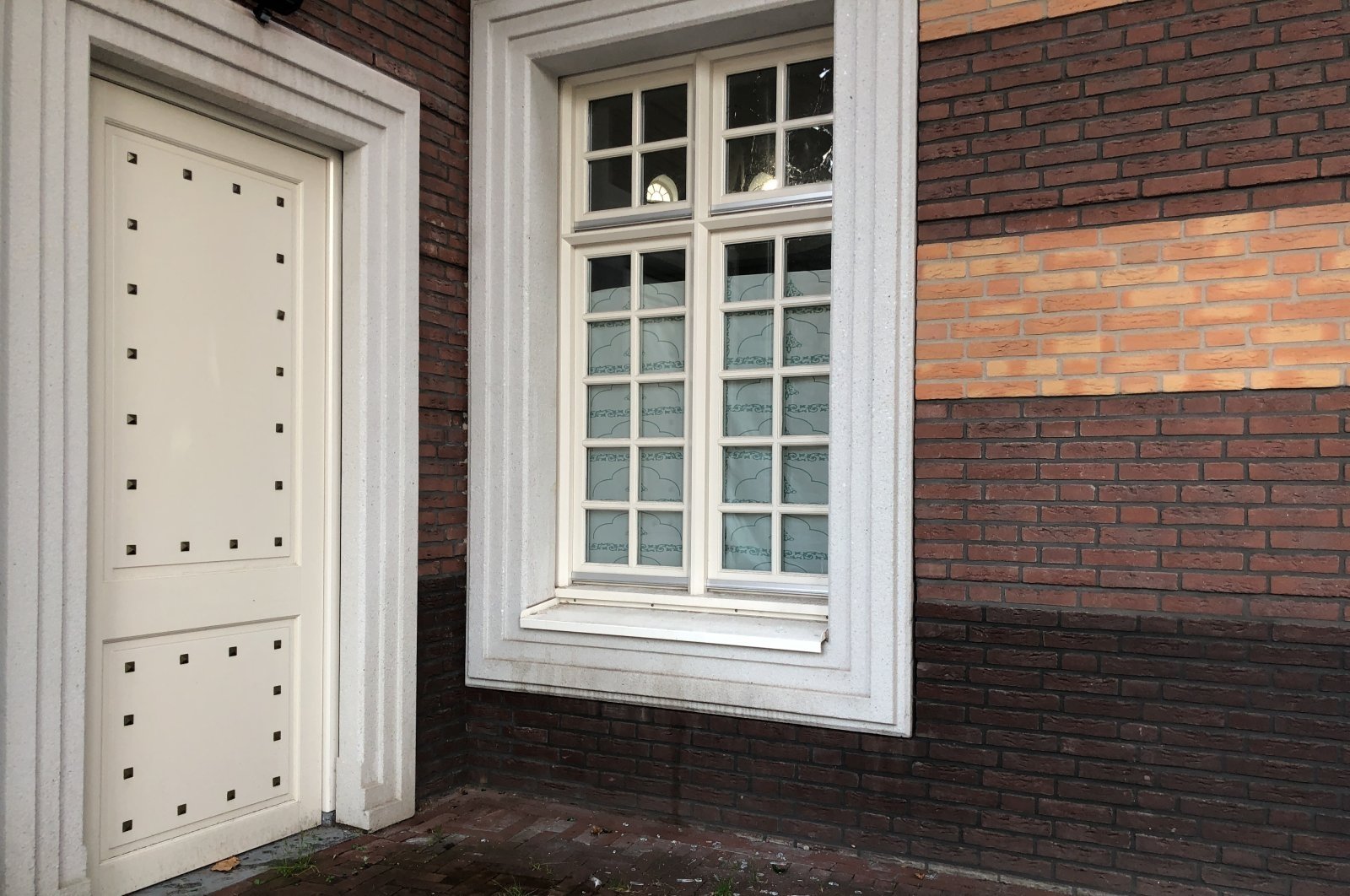 Mosques are the frequent targets of Islamophobic attacks in the Netherlands, as seen when the windows the Hagia Sophia Mosque in Amsterdam were broken with a beer bottle, Netherlands, July 5, 2021. (AA Photo)
by Anadolu Agency Oct 16, 2021 7:37 pm
RECOMMENDED

Refugee NGOs call for meeting with Pope Francis in Greece

Through contracting private companies, some municipalities in the Netherlands have been conducting "unlawful" investigations of mosques and Muslim community institutions, according to local media reports Saturday.

Dutch daily NRC reported that at least 10 municipalities in the country have been investigating mosques, imams, mosque association officials and people active in the community.

According to the report, the municipalities involved in such investigations include Rotterdam, Delft, Almere, Huizen, Leidschendam-Voorburg, Zoetermeer, Veenendaal and Ede.

The newspaper added that the Utrecht Municipality stopped its investigation due to concerns about privacy and the method of the probe.

The report claimed that the NTA (Nuance door Training en Advies), a consultancy firm that informs the government on radicalization, was paid by the national coordinator for security and counterterrorism through municipalities.

The NTA employees doing investigations introduced themselves as members of the community or as visitors and met several people without revealing their true identities, the report added.

According to the daily, findings on the backgrounds of imams and administrators, such as where they came from or their schooling, were submitted to the municipalities as "secret information" by the NTA.

According to the report, a government investigation into radicalization due to Daesh's role in the Syrian civil war fell short, and the municipalities wanted to gauge this problem with a separate inquiry.

The NRC reported that the municipalities wanted to get more "realistic" results by having mosques in their regions closely monitored.

Citing constitutional law professor Ymre Schuurmans, the daily reported that such investigations were "unlawful" and that the "municipalities cannot do this through private companies."

Also quoting SPIOR, an Islamic umbrella group, the daily reported that the investigation did grave damage to the Muslim community's trust in the government.

Muhsin Köktaş, head of the Dutch Muslim Organization for Government Relations, told Anadolu Agency (AA) that they were greatly disappointed by the news.

Underlining that for years Muslims have been working to be good citizens in the Netherlands, Köktaş said: "With such actions, the state is constantly derailing our efforts. For this reason, they lose the trust of Muslims instead of gaining it."

"This causes discrimination in society," he said. "We will convey these concerns to the authorized state institutions and consult on what measures they will take to prevent it from happening again."

"It's illegal for municipalities to investigate mosques in this way," Kuzu said.

"We will take the necessary steps in parliament to stop this state practice, which that places so-called researchers among the mosque community," he added.

Refugee NGOs call for meeting with Pope Francis in Greece